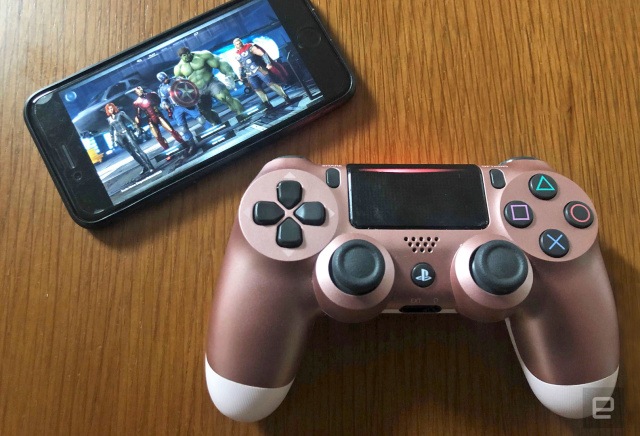 The iOS app Stadium Full Screen Browser won’t be available on the App Store much longer, according to developer Zach Knox. Though it doesn’t mention Stadia anywhere in the description, Stadium is designed to allow Google’s cloud gaming service to run on iOS devices, something that isn’t possible via official channels.

“My app is being removed from the App Store, AMA,” Knox tweeted on Monday. He confirmed the news to Vice Games, adding that Apple’s review board spent three weeks deciding what to do with his program.

Stadium made headlines in late September because it offered an easy way for iOS users to play Stadia games, including support for Xbox and DualShock gamepads. Stadia is Google’s cloud-gaming service, offering a library of games to purchase and play without needing to download them, though it’s not available on iOS. Stadium, meanwhile, made it possible to access Stadia games via the web on iOS by essentially booting up a spoof Chrome browser.

The full Stadia experience is available on Android and desktops via Chrome. The Stadia app exists on the App Store, but it doesn’t allow users to access any games; it’s only for account management. This is likely because Apple has strict rules specific to cloud-gaming apps, making it difficult for any developer to operate a streaming-first service. On September 11th, Apple rolled out guidelines requiring users to download a container from the App Store for every game they want to stream, undercutting the point of a cloud-based program.

Microsoft, the company behind the game-streaming technology xCloud, has been particularly vocal about its displeasure with Apple’s rules. XCloud isn’t available on the App Store, despite Microsoft’s attempts to get it on iOS.

“Apple stands alone as the only general purpose platform to deny consumers from cloud gaming and game subscription services like Xbox Game Pass,” Microsoft said in August. “And it consistently treats gaming apps differently, applying more lenient rules to non-gaming apps even when they include interactive content.”

The only major game-streaming service that currently works on iOS is Luna, a newcomer owned by Amazon. It does so by bypassing the App Store entirely and running as a progressive web app. While Amazon has been able to work out a deal with Apple in this and other instances, companies including Microsoft, Google, NVIDIA and Epic Games have repeatedly run into roadblocks when trying to get their gaming marketplaces on the App Store.

Stadium is the most recent cloud-gaming app to get the boot from Apple, but it’s certainly not alone. Apple rejected Stadium based on a patch that Knox submitted shortly after launch, citing an issue with the program’s use of the URL field and “app completeness,” the developer told Vice Games.

“I know my app being removed is getting a lot of attention, but to be clear: I'm disappointed, but I'm not mad at Apple,” Knox tweeted today. “I have some plans for this app going forward, and I think you'll all be satisfied. Watch this space.”

In this article: iOS, game streaming, Cloud gaming, App Store, stadia, Apple, Stadium, news, gaming
All products recommended by Engadget are selected by our editorial team, independent of our parent company. Some of our stories include affiliate links. If you buy something through one of these links, we may earn an affiliate commission.