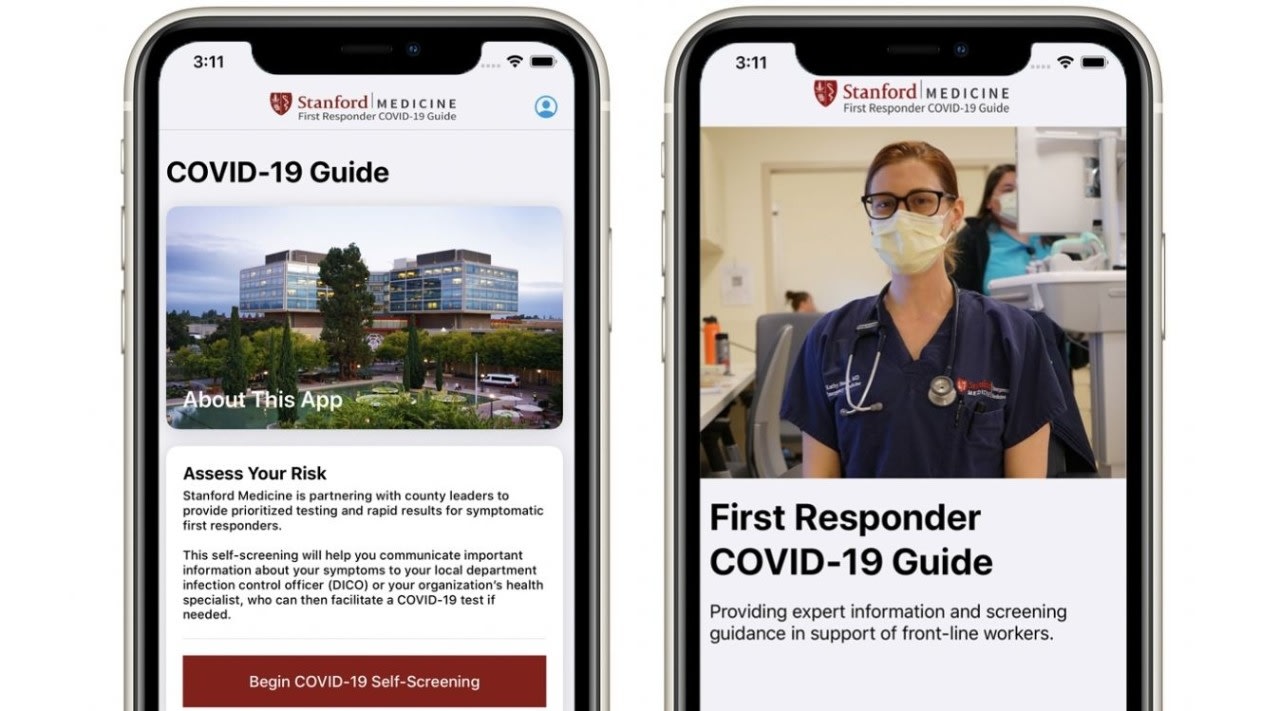 With some help from Apple, Stanford Medicine has built an iPhone app that connects first responders in California to COVID-19 testing. The university developed the software using Apple's ResearchKit and CareKit frameworks.

First Responder COVID-19 Guide has some similarities to the coronavirus screening service Alphabet's Verily healthcare brand launched last month. Like with Verily's website, there's a questionnaire in which the person is asked to answer questions about their symptoms, exposure to the coronavirus and medical history. If the app recommends they get tested, the first responder then talks to their department's "infection control officer," who will work with Stanford to schedule an appointment. As a plus, first responders don't need to be past Stanford Health Care patients to access testing.

The app highlights the critical need for additional testing capacity throughout the US, but particularly so in California, which has screened fewer people per capita than states like New York and Washington. According to CNBC, Stanford can currently test approximately 2,500 people per day after researchers at the university developed their own COVID-19 test in March.

"If we have a first responder who has symptoms, it's really important for them to get screened and potentially test it because they're going to be very patient-facing and very community-facing. That's what their jobs are," Dr. Bob Harrington, chairman of the Stanford Department of Medicine, said in an interview with CNBC.

The app is currently only available in Santa Clara and San Mateo counties -- Verily's screening service was initially only available in those areas as well. However, Stanford wants to expand its availability to additional counties. Similarly, it wants to open it up to other frontline workers, such as grocery store clerks and public service employees.

Stanford’s app follows Apple’s own COVID-19 app, which the iPhone maker released last month. While it won't direct you to testing facilities, it does screen for the disease’s symptoms. It also includes up to date advice from the CDC and other resources.

In this article: cdc, coronavirus, ResearchKit, medicine, Apple, Stanford Medicine, CareKit, mobile, Covid-19, iPhone, news, gear
All products recommended by Engadget are selected by our editorial team, independent of our parent company. Some of our stories include affiliate links. If you buy something through one of these links, we may earn an affiliate commission.