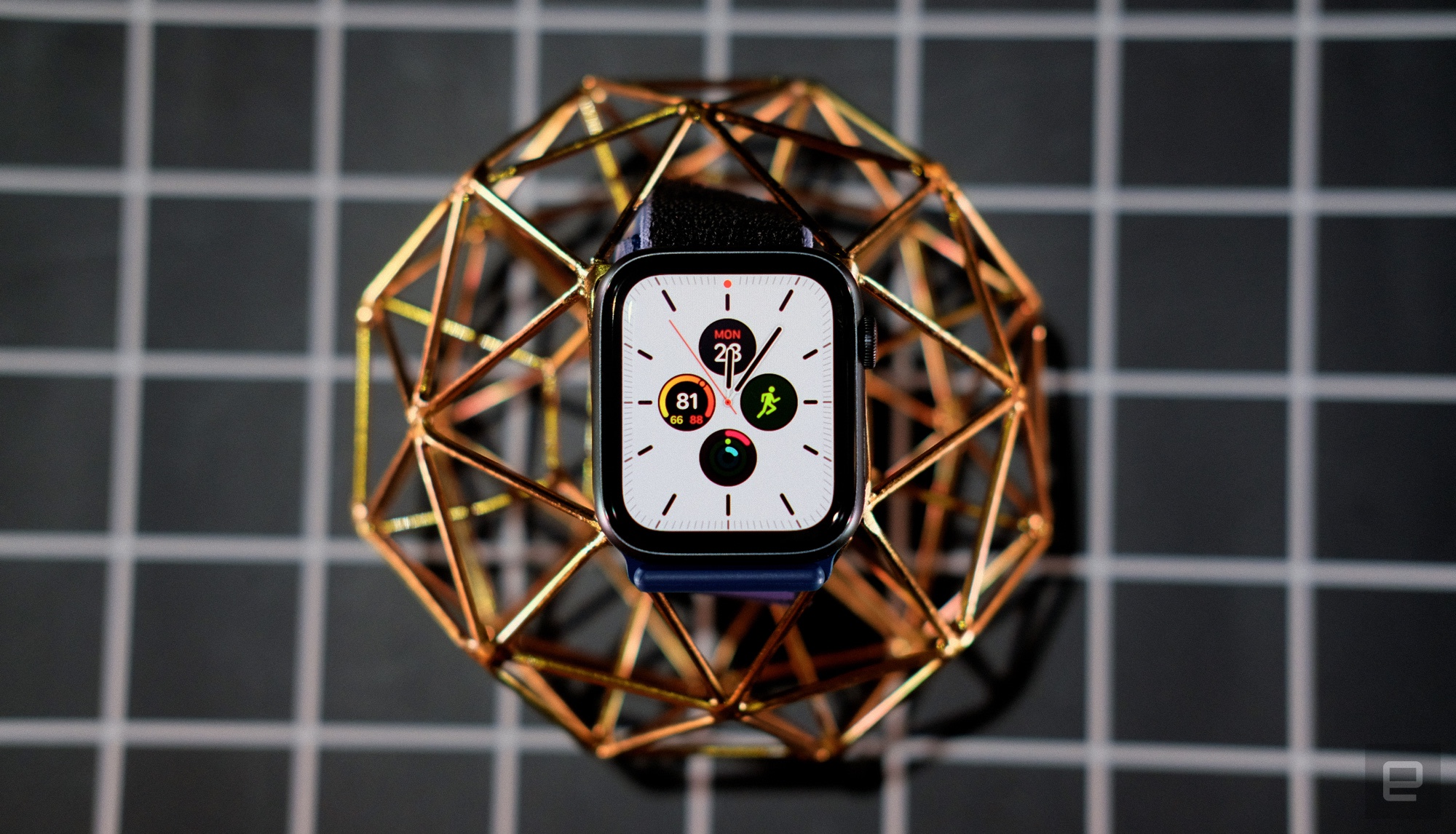 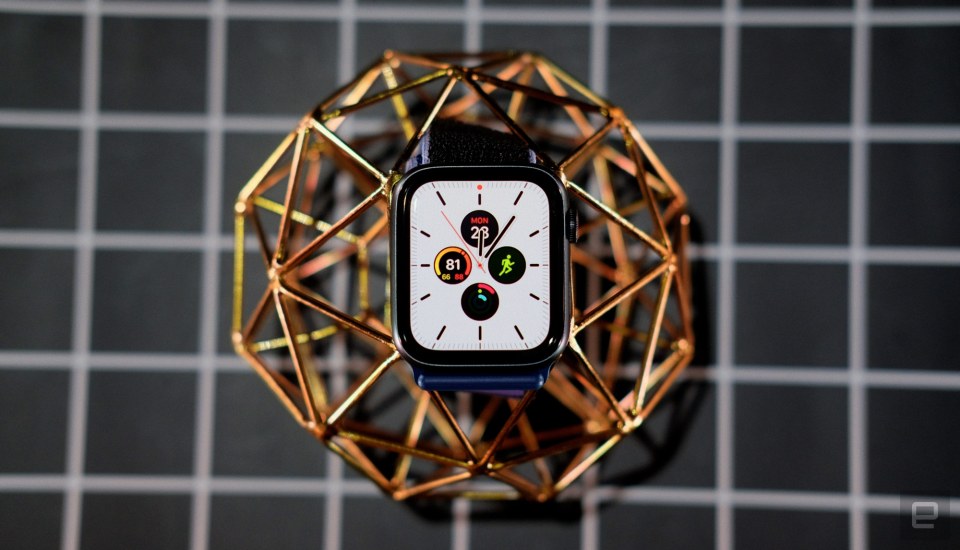 Five years ago today, the Apple Watch went on sale, following six months of hype. It had the special burden of being the first brand-new product the company released since Tim Cook had taken the reins at Apple, not to mention the first new product after Steve Jobs died in 2011. To say that expectations were high would be an understatement -- but the very first impressions of the Apple Watch, including our own here at Engadget, were not the kindest. While we called it the best smartwatch available, that was pretty faint praise given the competition. Ultimately, we called it a niche device that was “a status symbol for iOS devotees.”

Apple wasn’t alone here: In the span of a few years, the industry as a whole had bet pretty hard on wearables. The independent, upstart Pebble can probably be credited with jump-starting interest in smartwatches, while Fitbit was also gaining popularity for its fitness trackers. And by the time the Apple Watch arrived, Google had nearly a year head-start with Android Wear, now Wear OS, with a variety of watches being made by some of the company’s biggest hardware partners, including Motorola, ASUS and LG, among many others.

The Apple Watch was expensive and lacked some key features -- kind of like other first-generation Apple products like the iPhone and iPad. But perhaps a bigger problem was that the company failed to make a coherent sales pitch for the Watch. Everyone remembers the introduction of the iPhone, a device Jobs pitched as a phone, an iPod and an internet communications device rolled into one. It was clear what you’d get if you bought one.

On the other hand, the Apple Watch lacked that clear focus. When Apple introduced the device in the fall of 2014, a sprawling presentation covered a confusing mix of features. Perhaps the strangest were the “digital touch” communication features that you could only send to friends who also had an Apple Watch. Apple also showed off third-party apps like Instagram and Twitter that just didn’t make sense, along with a UI that offered too many ways to do the same thing. We also saw a variety of fitness and health-tracking features, and much more. It was a dizzying presentation that left me confused as to why exactly I’d want an Apple Watch.

But starting with the Series 2 in the fall of 2016, Apple methodically started fixing the Watch’s initial problems and the company quickly began to dominate the market. And we’re not just talking about smartwatches -- by the end of 2017, analysts estimated that Apple was the number one watchmaker in the world.

Here are some of the most important changes Apple has made since the first Watch launched:

Performance: Put simply, the first Apple Watch was underpowered. Apps took way too long to launch, which meant that it was usually faster just to use your phone. But since then, Apple has vastly improved performance, a crucial change that is felt across the entire experience.

Focus on fitness: With the Watch Series 2, Apple outlined a clear direction for its wearable: health and fitness. Most importantly, the Series 2 Watch had built-in GPS for more accurate workout tracking without your phone. The activity and workout tracking apps have gotten more features over time, you can compete with friends to be the most active, and Apple made the Series 2 Watch waterproof for swimming workouts. Beyond just workouts, there are other general well-being features like deep breathing exercises, heart-rate tracking, an EKG sensor and more. In combination with Apple’s HealthKit SDK, it also lets people participate in health studies, like one from Johns Hopkins University to find a way to predict seizures.

More attainable luxury: Perhaps the most ridiculous thing about the first Apple Watch was the 18-karat solid gold “Edition” watch that started at $10,000. Apple was obviously selling more affordable options; the basic aluminum model started at $350. But the audacity of a $10,000 gadget that would be obsolete within years was easy to mock. Apple quickly gave up on gold models with the series 2 and has since offered relatively affordable luxury with materials like ceramic, titanium and stainless steel. All of these cost a premium over the basic aluminum model, but they’re in the $800 to $1300 range instead of $10,000.

Broader price points: Alongside the Series 2, Apple introduced a cheaper “Series 1” watch that lowered the cost to get in on the Apple Watch. Since then, Apple has kept an older model on sale alongside the newer ones -- the excellent Series 3 has been on sale for more than two and a half years. After the Series 4 launch in 2018, it has served as an excellent way to get most of the key Apple Watch features for only $200.

Always-on screen: People were requesting this feature for years, and Apple finally delivered last year with the Series 5. The company came up with an elegant way to keep the screen on at all times, giving each watch face its own “dimmed” version that still keeps the style and information readily visible. Battery life isn’t quite as good with this feature on, but the fact that it can still get the same 18-hour battery life it has promised since the first Watch is impressive.

All these improvements meant that Apple has largely pushed other smartwatches to the fringe, much as the iPod did with music players and the iPad did to other tablets. It’s not a runaway success like the iPhone, which still makes up the majority of Apple’s profits, but its “wearables, home and accessories” segment brings in more money than both the Mac and iPad segments. AirPods are a big part of that equation, too, but the Apple Watch has clearly rebounded from a rough start to resonate with lots of people, even if it’s still not an essential tool like the iPhone.

In this article: iOS, apple watch, wearables, apple, iPhone, feature, gear
All products recommended by Engadget are selected by our editorial team, independent of our parent company. Some of our stories include affiliate links. If you buy something through one of these links, we may earn an affiliate commission.