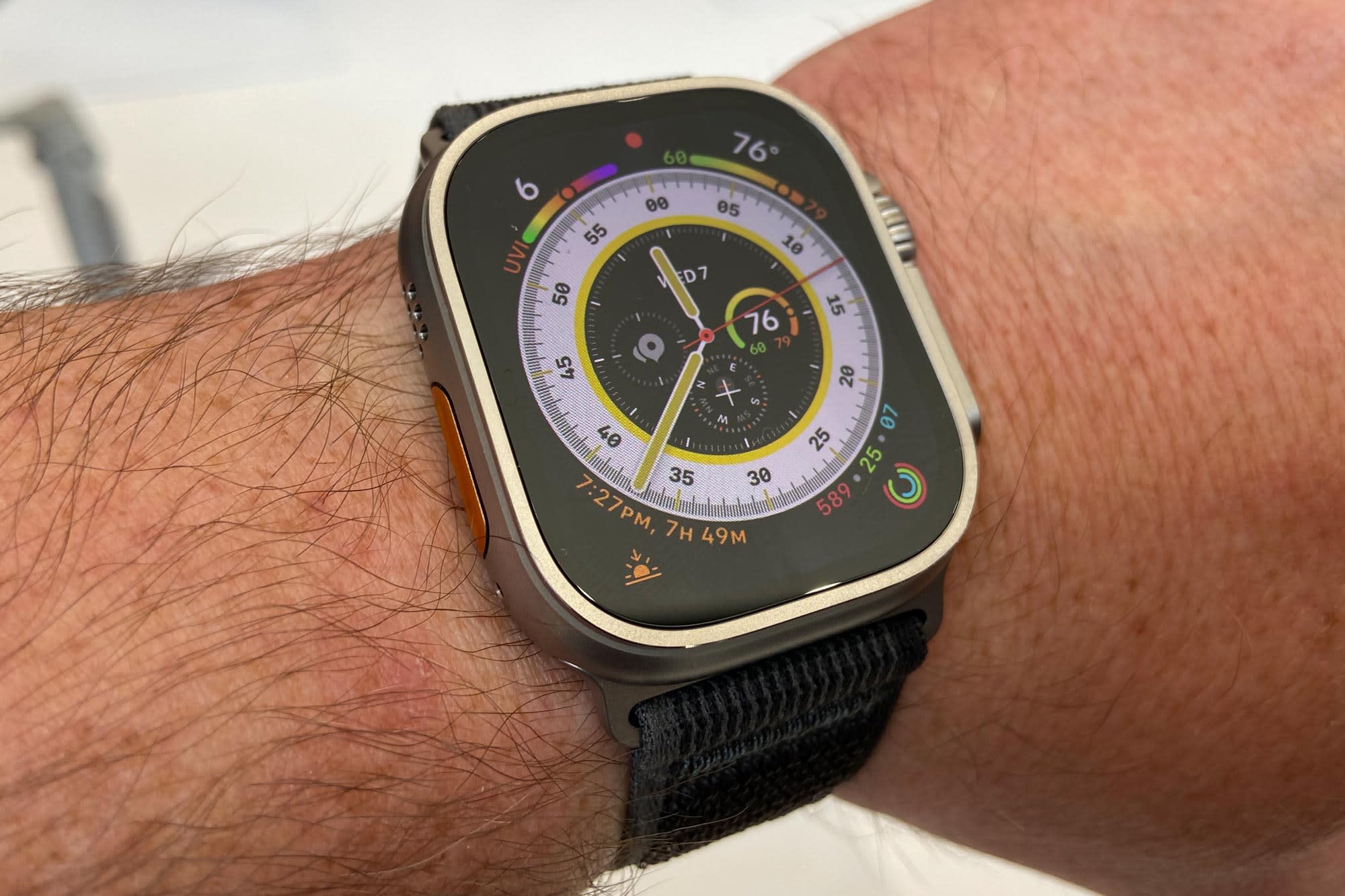 A first look at the entire Series 8 lineup.

After keeping mostly the same design for years, Apple went to extremes when building the first Ultra model to change up the familiar formula. With the Apple Watch Ultra, the company kept its signature rectangular shape, but it created a much more rugged device that's built for just about any outdoor extreme you can throw at it — wet or dry, hot or cold. From the more durable case to the customizable action button and new bands, there are a lot of visual differences between the Ultra and the rest of Series 8. However, what Apple has done on the inside may be even more impressive.

The first thing that strikes you about the Watch Ultra is the size. The 49mm device is noticeably larger than the rest of the Watch line, especially when you place them side by side. I wear the largest model of the Series 7 and the Ultra is significantly bigger. The next aspect you'll notice is how much more premium this model looks than the rest of Apple's wearables. Sure, you'd expect this with a more expensive device, but Apple set out to build a true outdoors watch, a smart model that could rival even the best diving options out there. So, in terms of design, I think the company has succeeded while keeping its trademark shape.

The bigger watch brings a bigger and brighter display, and stuck beside my Series 7, the difference is immediately apparent. Colors pop and there's more contrast, plus the extra space allows you to put a load of data right on the main screen. Apple created the wayfinder face that you see here that offers not only a compass, but room for up to eight other complications.

The new action button is on the left side, allowing you to access a number of activity features with one press. The first time you do, the Watch Ultra will ask you to assign a task from its list of options. There are workout, waypoint, backtrack, dive and other items here, all of which will allow you to carry out basic functions without having to go into a specific app and swipe or tap around. Of course, most of what's inside the Watch Ultra will have to be tested outside. No one is going diving right outside of the Steve Jobs Theater. However, there's a load of features for the outdoors, whether you're a runner, hiker or diver.

The rest of Apple Watch Series 8 models doesn’t look different from previous entries, with the updates almost exclusively coming to sensors and other internals. While things like the new temperature sensor and upgraded crash detection sound good on paper, it’s difficult to judge these items after just a few minutes with the devices. Plus, some of them you hope you never have to use. We’ll make sure to put all of the new internals and their software features through the proper paces during our upcoming reviews, so stay tuned for more detailed impressions on the Watch Series 8 and new Watch SE.

One item we did get more info on is the new temperature sensor. On both Series 8 and Ultra, Apple Watch can measure body temp and send those stats to fertility and cycle-tracking apps — including Apple Health. The company says Watch will take these readings at night while you're sleeping, and it needs up to five days of data before it can start to assess anything. What's more, the readings are automatic and can't be triggered manually, so you can't just take your temperature on demand if you think you might be running a fever. Instead, the Watch monitors basal body temps on your wrist specifically for family planning and period tracking, sending that data to Health and other compatible apps.

Follow all of the news from Apple’s iPhone event right here.

All products recommended by Engadget are selected by our editorial team, independent of our parent company. Some of our stories include affiliate links. If you buy something through one of these links, we may earn an affiliate commission. All prices are correct at the time of publishing.
View All Comments
Apple Watch Ultra hands-on: Built for the great outdoors
apple
smartwatches
gear
watchOS
iphone 2022
hands-on
apple watch ultra
review
apple watch series 8