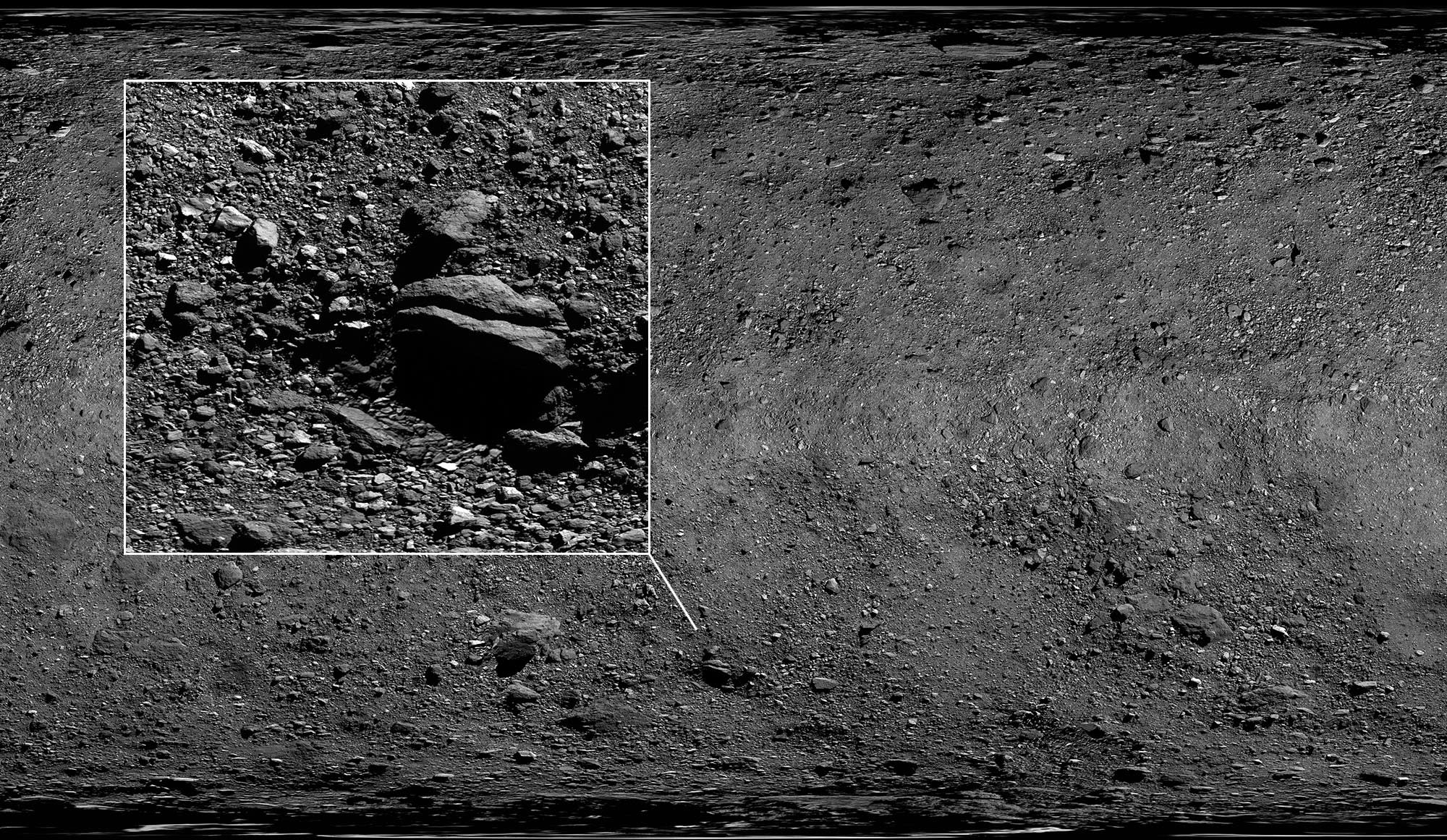 No pile of dirt and rocks is as interesting as those on the asteroid Bennu. While it has a face only an astrogeologist could love, that rubble could be as old as the solar system itself. Bennu is also number two on the Palermo Technical Impact Hazard scale, meaning there’s a (slight) chance it could impact Earth very violently in around 150 years. And now, Bennu has the distinction of being the subject of the highest resolution mosaic ever made of any planetary body.

The image was collected by NASA’s OSIRIS-REx spacecraft between March 7th and April 19th, 2019. At the time, it was about 2 to 3 miles from the surface of the 1,600 foot wide asteroid, with both bodies located several hundred million miles from Earth. To give an idea of the detail, each pixel in the original 50,669 x 25,350 image represents about 2 inches, so you can make out objects as small as about 10 inches across.

According to NASA, “this is the highest resolution at which a planetary body has been globally mapped.” So while we’ve definitely seen closer up image of Mars and the Moon, that’s only been within a narrow field of view seen by a rover other type of lander — any orbiting craft can’t capture detail that close up.

We already know lots of other things about Bennu, including the fact that it’s spewing particles into space — behavior that’s common for a comet, but rare for an asteroid. Scientists also discovered that it’s surprisingly rugged, as is clear by the number of boulders strewn on its surface. They also found the presence of magnetite, indicating that it likely interacted with water on Bennu’s parent body.

NASA and its partners didn’t just make the image to have a cool screensaver, though. OSIRIS-REx’s mission is far from over, and it’s actually scheduled to land on the asteroid in August 2020. To that end, the team used the image to choose the landing site (codenamed Nightingale) in a large crater on the northern section of the asteroid.

That mission will be a barn-burner, as REx will slowly approach Bennu and gently kiss it, firing a burst of nitrogen to blow away particles that will be collected in the sampler head of its robotic arm. If all goes well, the spacecraft will return to Earth with the sample on September 24th, 2023. Hopefully, that will be the closest the Bennu ever comes to Earth.