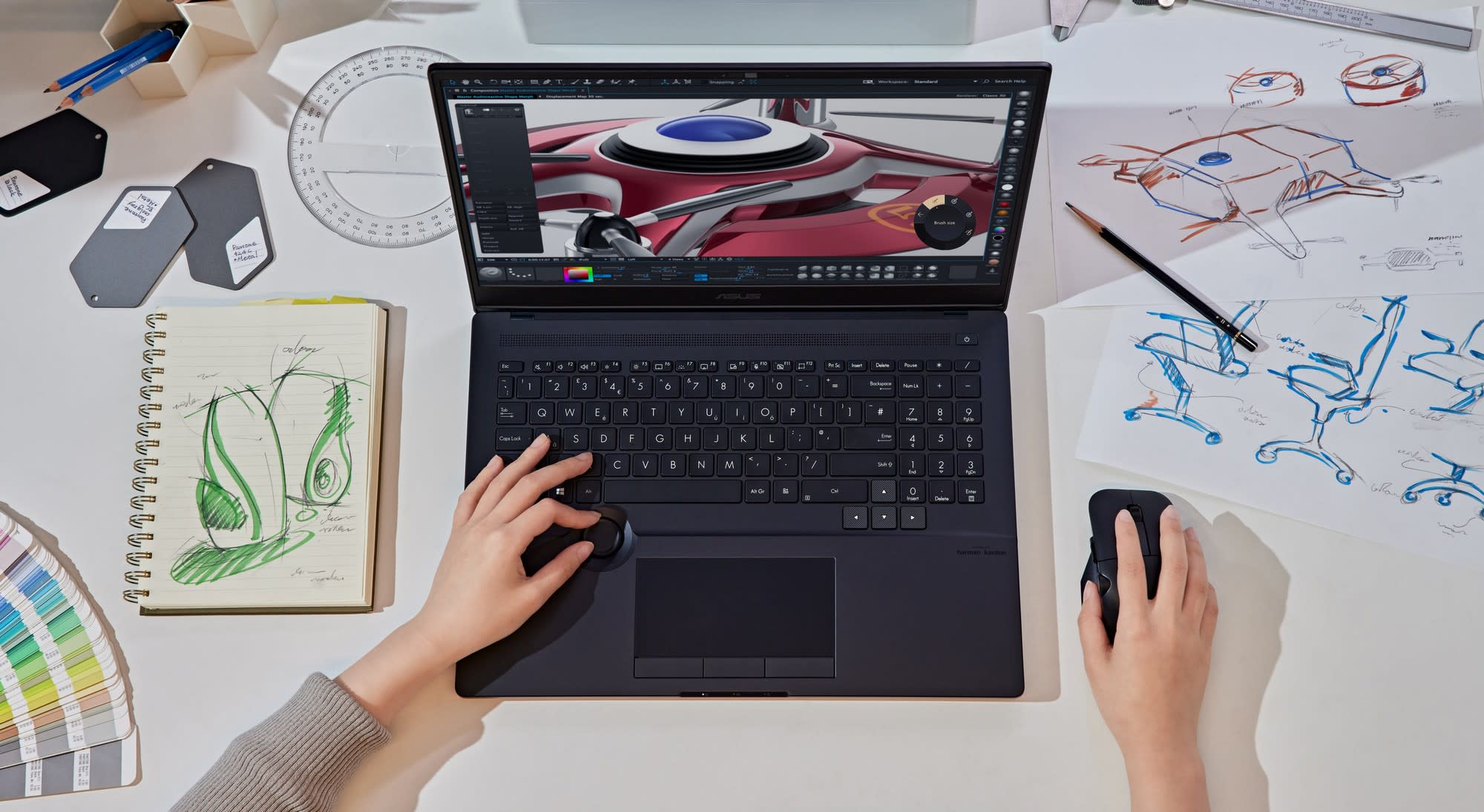 ASUS bets on OLED for all of its new creator laptops

ASUS has just four letters to sell you on its latest creator-focused notebooks: OLED. The company is bringing OLED screens to all of its new models, a move meant to differentiate them in the increasingly crowded PC market. Compared to traditional LCD screens, OLED offers deeper blacks levels, vastly better contrast, and more responsiveness. Even today, as LCDs have evolved to be brighter and faster, OLED offers a more pronounced visual "pop."

We've been seeing notebooks with OLED for years, like on the XPS 15 and ZenBook, but they've typically been positioned as a premium feature for select models. Now ASUS is trying to make its name synonymous with OLED, so much so that it's bringing it to new mid-range notebooks like the VivoBook Pro 14X and 16X. It's also touting the first 16-inch 4K OLED HDR screens on notebooks across several models: the ProArt Studiobook Pro, ProArt Studiobook and the Vivobook Pro.

Befitting its name, you can expect to see the fastest hardware on the market in the StudioBook Pro 16 OLED (starting at $2,500). It'll be powered by H-series Ryzen 5000 processors, 3rd-gen Intel Xeon chips and NVIDIA's professional-grade RTX A2000 and A5000 GPUs. And if you don't need all of that power, there's also the Studiobook 16 OLED ($2,000), which has the same Ryzen chips, Intel Core i7 CPUs and either RTX 3070 or 3060 graphics. Both notebooks will be equipped with 4K OLED HDR screens that reach up to 550 nits and cover 100 percent of DCI-P3 color gamut. They'll also sport ASUS Dial, a new rotary accessory located at the top of their trackpads, offering similar functionality to Microsoft's forgotten Surface Dial.

Stepping down another level, there's the the latest ZenBook Pro Duo 15 OLED, the company's 15-inch dual-screen notebook. That can be equipped with up to RTX 3070 graphics and a core i9 CPU. While they seemed gimmicky at first, ASUS has proven it can make dual-display notebooks genuinely useful, as we saw in our review of the Zenbook Pro Duo. The single-screen ZenBook Pro 15 OLED ($1,470), meanwhile, tops out with RTX 3050 Ti graphics and Ryzen 5000 processors.

The Vivobook Pro 14X and 16X OLED ($1,400) are entirely new territory for ASUS, sitting above the mainstream Vivobook line, but below the more premium Zenbook. I suppose at this point, with consumers eager to snap up more PCs, having additional models won't hurt. The 16X will come with up to a 4K 16-inch OLED screen, while the 14X has a 2.8K OLED 90Hz option. You'll be able to choose from Intel Core i7 or Ryzen 5000 H-series chips and up to RTX 3050 Ti graphics. And, not to be forgotten, the Vivobook Pro 14 and 15 OLED offer similar power in cases that weigh 3.09 pounds and 3.64 pounds, respectively.

ASUS's new notebooks are expected to be available in North America in Q4. The one possible exception is the Vivobook Pro 14X OLED, which hits Canada at the same time (but it's unclear about the rest of North America).