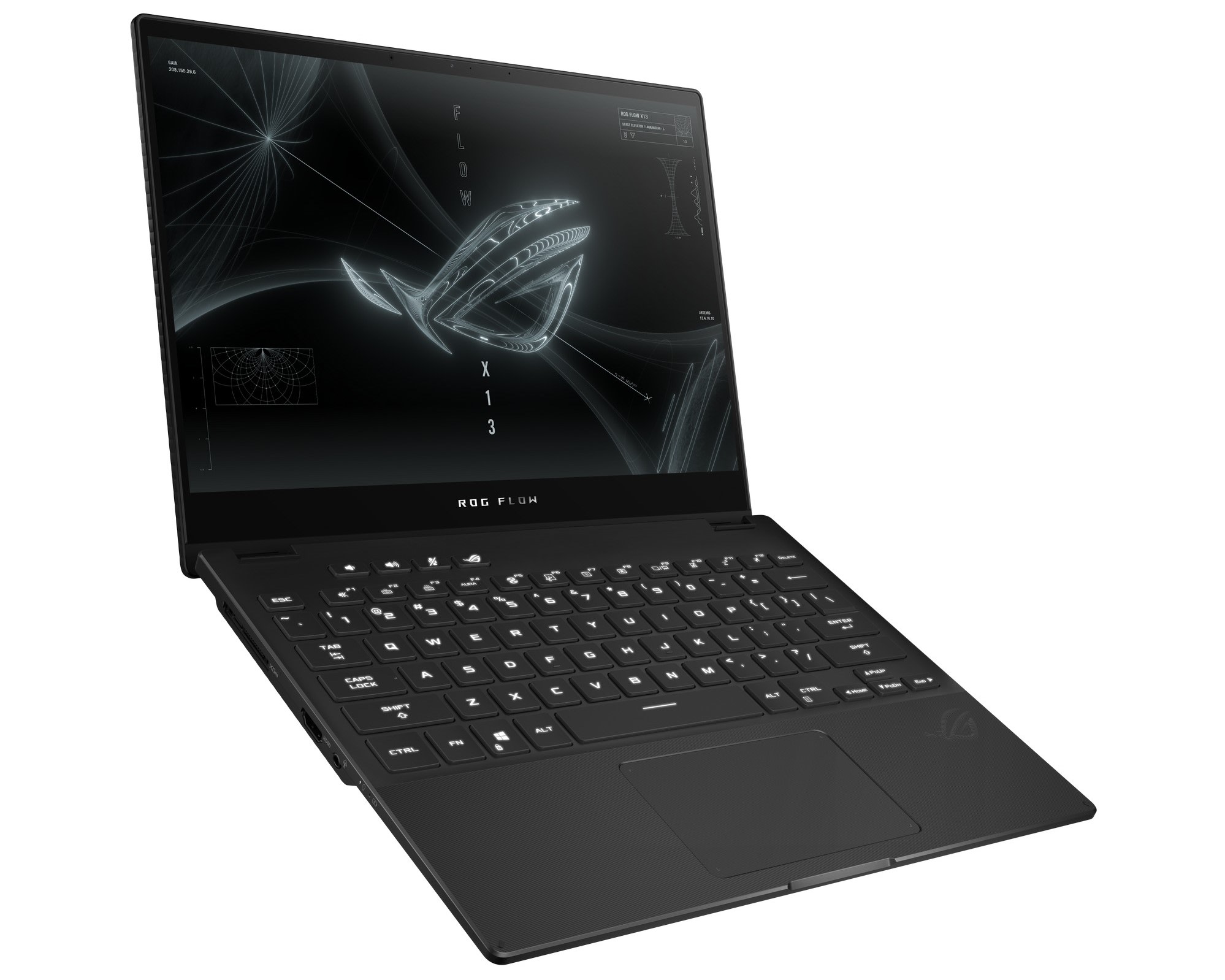 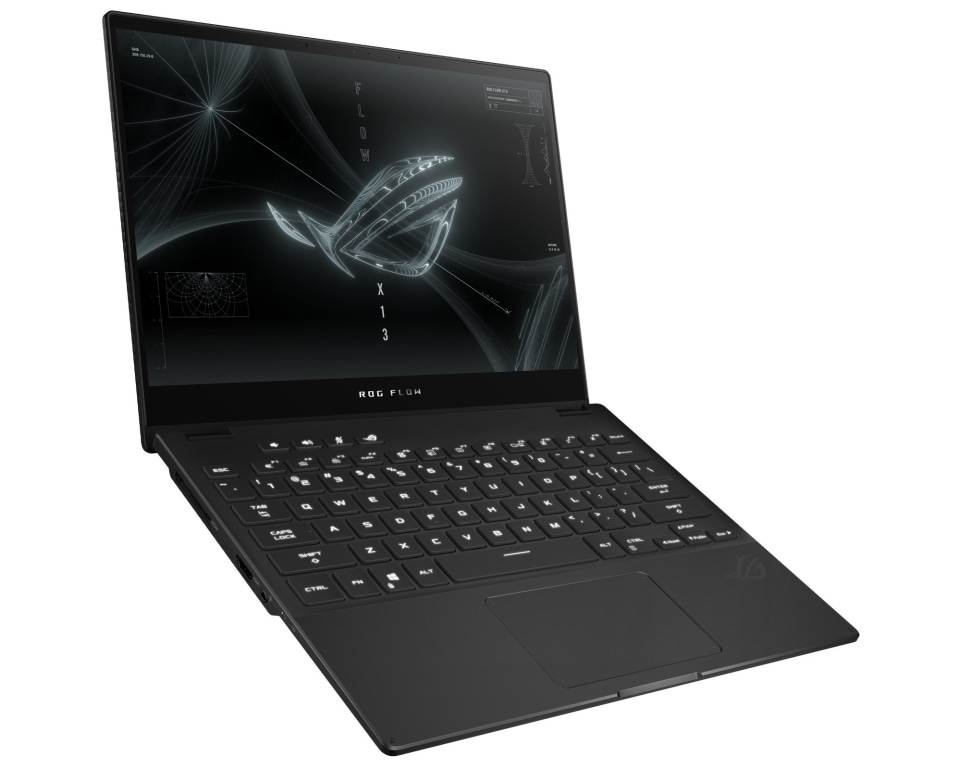 Last year, ASUS delivered one of the most compact and impressive gaming notebooks we've ever seen, the Zephyrus G14. This year, it's aiming to go even smaller. At CES 2021, the company debuted the ROG Flow X13, a 13-inch ultraportable convertible that looks like a cross between one of Lenovo's Yoga notebooks and a piece of military gear. It's powered by an AMD Ryzen 9 5980HS chip and GeForce GTX 1650 graphics, making it a decent machine for basic gaming. But, if you want even more power, you can connect the XG Mobile, an external GPU that can support up to NVIDIA's RTX 3080 GPU. 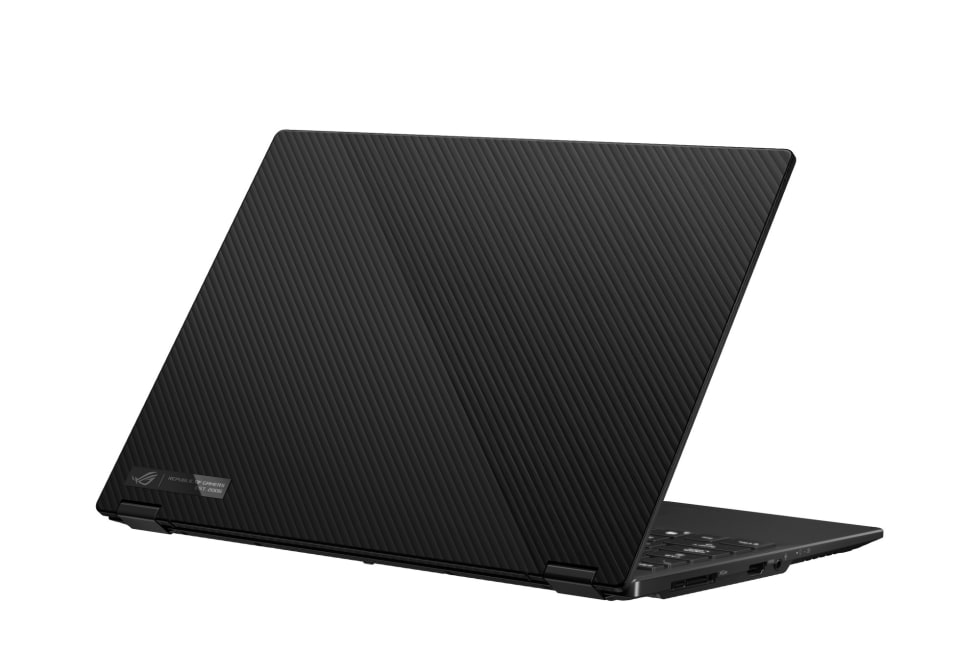 I'm of two minds whenever I hear companies relying on eGPUs: I appreciate the flexibility of delivering an incredibly thin notebook, while giving you the option of more power. But, eGPUs are often unnecessarily complicated, annoying to travel with and cost far more than just buying a notebook with decent dedicated graphics. In this case, I'm wary of its potential for success, but I'm still impressed by the lengths ASUS went to create a truly unique notebook. Just be sure to leave room for the 2.2-pound XG Mobile in your bag.

ASUS created its own PCIe 3 connector for the eGPU, which can deliver 63 Gbps of graphics bandwidth, significantly higher than Thunderbolt 4's 40 Gbps maximum. The connector isn't as sleek as Thunderbolt 4's USB-C interface though -- the cable looks thick, and it plugs into a port on the side of the Flow X13 that resembles an over-sized SATA connection. I'm always skeptical of custom interfaces like this, because you can only turn to ASUS if the cable breaks. The large port on the X13 also isn't as battle-tested as USB-C, so I worry about its long-term durability too. If that breaks, you can say bye bye to your eGPU.

Since it's a convertible, you can rotate the X13's screen into a tablet or tent mode, giving you a variety of ways to enjoy gameplay. I could see that aspect being particularly compelling for anyone who wants a light machine for gaming with a controller. Putting the X13 into tent mode would be a great way to play on an airplane or in a hotel, and ASUS notes that orientation also delivers better cooling. The X13 comes with either a 120Hz 1080p panel or a 4K screen (given its relatively underpowered internal GPU, 4K seems like a waste on such a small display). And at 2.9 pounds, it's as light as Dell's XPS 13.

I can't fully judge the Flow X13 until I get my hands on it, but I'm certainly intrigued. The biggest downside at this point is its 13-inch screen, which can feel a bit cramped if you're trying to get truly immersed in a game. That's one reason I dug the Zephyrus G14 so much: its 14-inch panel felt more like a 15-inch screen, which is my preferred size for gaming on the go.

In other ROG notebook news, ASUS unveiled the updated ROG Zephyrus Duo 15 SE, which is driven by AMD's new Ryzen 9 5900HX CPU and up to RTX 3080 graphics. We loved last year's model, and this update seems like a genuine improvement for anyone who prefers AMD chips. It'll still have the tilting ScreenPad Plus, which is helpful for multitasking while gaming, and you can choose from either a 300Hz 1080p display or a 120Hz 4K screen. ASUS says it also has upgraded cooling, which has more airflow than before, allowing the system to send more power to the CPU and GPU without getting noisier.

We don't have pricing for the Flow X13 or Zephyrus Duo 15 SE just yet, but I wouldn't be surprised if the XG Mobile ends up costing more than a desktop NVIDIA GPU. Both PCs should reach North America this quarter.

In this article: ASUS, XG Mobile, Zephyrus Duo 15 SE, egpus, ces2021, ROG, ROG Flow X13, dual screen, news, gear, gaming
All products recommended by Engadget are selected by our editorial team, independent of our parent company. Some of our stories include affiliate links. If you buy something through one of these links, we may earn an affiliate commission.