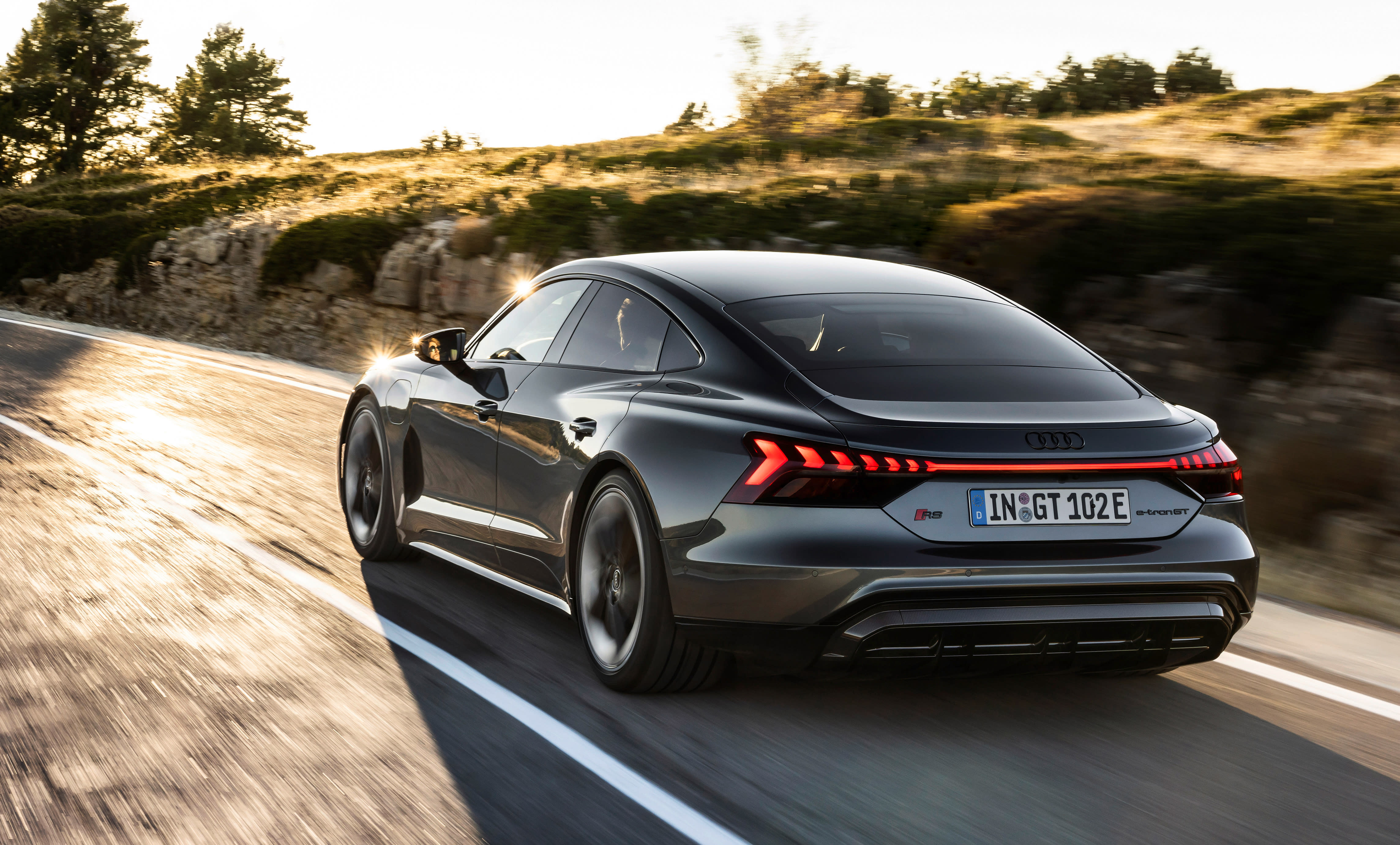 It outputs 522 HP with all-wheel steering and all-wheel drive.

It’s been two years since the first fully-electric Audi e-tron made its debut in SUV form. It has since been joined by a Sportback variant and, come later this summer, by a pair of all-wheel drive, four-wheel steer Grand Touring models -- the 637 HP RS e-tron GT and the 522 HP e-tron GT quattro. Designed to perform equally well on both daily commutes and weekend road trips, Audi is positioning the RS GT and GT quattro front and center as the future of its fleet electrification efforts which seek 30 percent of its model portfolio to run on electricity by 2025.

The first thing you’ll notice about the new models is that they are very much not SUVs with their large wheels, wide stance, flat silhouette, and long wheelbase. Not to mention that burly podracer-esque growl.

“One of our main design goals was we wanted the sound to be very much dependent on the current driving situation -- we want it to be adaptive to the driver's needs when the car is driving at slow speeds with low torques,” Stephan Herwig with Audi’s marketing department, told reporters during a virtual press conference. “The sound should be more quiet, but of course we're filling all the legal requirements. But when the driver decides to push the gas pedal then not only will the vehicle be more dynamic but the sound should be more dynamic as well.”

While they can reportedly fit a pair of adults in the backseat without too much knee-scrunching, these are proper sports cars -- not just sporty people-movers like their predecessors -- and their performance stats reflect that.