Mozilla lays off 250 employees due to the pandemic 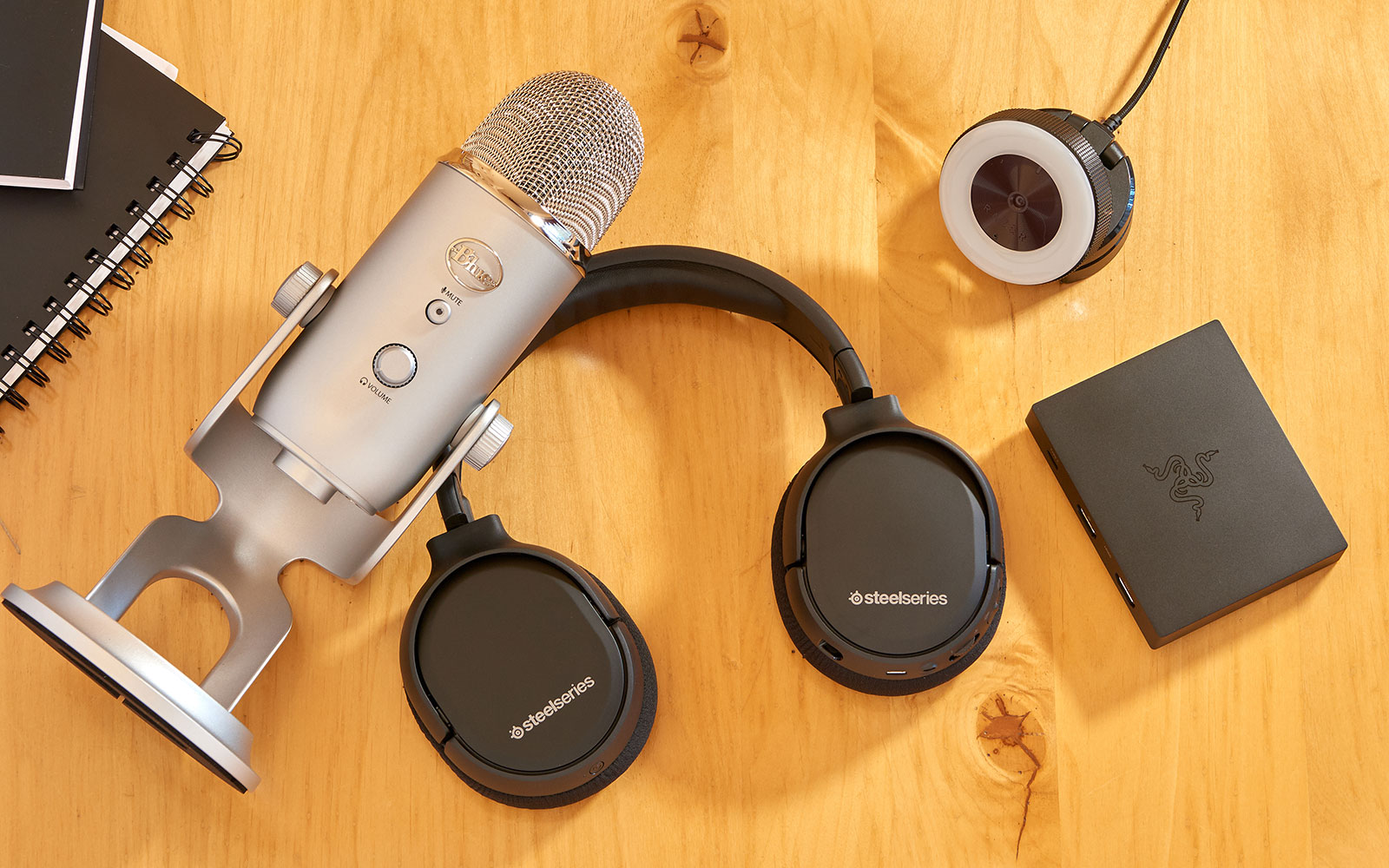 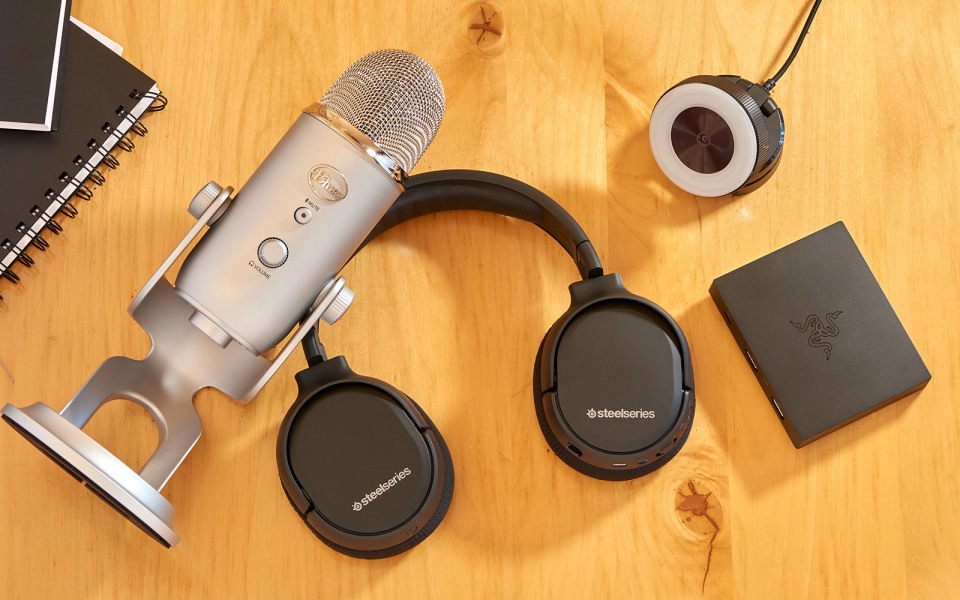 I have a sneaking suspicion that high school A/V clubs went out of fashion once teachers realized their students knew way more about emerging technologies than they did. It would’ve happened sometime in the late ’90s, as personal computers, the internet, cameras and microphones started to become widely accessible, and teenagers tinkering around in their bedrooms could single-handedly create digital works of art and intrigue.

Nowadays, Twitch and YouTube are the world’s A/V club. These sites host millions of hours of live-streamed creativity, comedy and personal connection, all with homemade yet high production values. And, of course, a lot of video games.

It doesn’t take much to start streaming. Using open-source software like OBS, you can go live with just a laptop or a cell phone -- but if you want to compete with your favorite streamers, you’ll need a few extra pieces of equipment. Here we’ve outlined the gear you’ll need to begin building your streaming empire, and in the interest of college-era budgets, we’ve kept most of the picks under $200. (Except for one. Try not to gasp when you see it.)

As a salute to the A/V clubs of yore, we’ve broken things into two categories: audio and visual. Let’s start with those sweet sounds.

This is the best option if you want a standalone mic. The Yeti by Blue is a longstanding favorite of streamers and podcasters, offering crisp sound with little fuss. The Blue is a USB microphone, so it plugs right into your computer and you’re good to go. One tip: Use the cardioid setting for streaming.

If you opt for a mic like the Blue, you’ll need some headphones, too. Feel free to use whatever buds or cups you have on hand, but once those become maddeningly uncomfortable (because after hours of streaming, they will), invest in something like Sony’s MDR-7506. They’re built for professional audio folks and designed to be worn for long stretches of time.

For those less interested in adding pops of color to their streams, there’s always the Steelseries Arctis 1 Wireless headset. This is the only wireless option on our list, since wired is still the best way to ensure a consistent and clear connection. However, the Arctis 1 works well with PC, Mac, Android devices, PlayStation 4 and Nintendo Switch (sorry, Xbox streamers).

Or, get your headphones and microphone in one package with a headset like the Logitech G433. This baby is lightweight and strong, and offers clear audio output thanks to a noise-cancelling boom microphone and micro-pop filter. Plus, it comes in pretty colors.

This is one of the pricier items on our list, but capture cards are necessary for serious streamers and the Razer Ripsaw HD is at the top of its game. The Ripsaw HD is essentially a plug-and-play device that works with PCs and consoles. It records and streams your gameplay at up to 1080p and 60FPS, while allowing you to play at 4K and 60FPS -- handy for PS4 Pro and Xbox One X players in particular.

How about a camera c-c-c-combo deal? Razer’s Kiyo is an HD camera and a miniature light ring in one compact package, capable of streaming at 720p and 60FPS, or 1080p and 30FPS. The Kiyo is ideal for tight spaces with a lack of natural lighting, and bonus, it costs about as much as streaming cameras that don’t have added illumination features. Lighting is a key aspect of creating professional-looking videos, so just think of the Kiyo as real-world Photoshop.

If you don’t need help in the lighting department, the Logitech C922 HD camera is a reliable, high-quality choice. This baby also streams at 720p and 60FPS, or 1080p and 30FPS, and it has a 78-degree field of view. That should fit two people in a single shot, so feel free to boot up some local co-op games. It also includes two microphones and promises to stream no-drop audio -- but if you’re able to get a separate mic, that’s still your best bet.

OK, this one definitely isn’t what you’d call “budget-friendly,” but we thought it’d be good to include something in the “goals” category. The Fujifilm X-T3 is for folks looking to futureproof their streams, cost be damned -- though it’s still priced well for a compact mirrorless rig. The X-T3 captures video at up to 4K and 60FPS, and it can hit Cinema 4K at 30FPS. Plus, it has fantastic autofocus and face detection features, keeping your face crisp as you play. The X-T3 is a beloved standby for photographers and videographers alike, and streamers could be its next big market.

However, if you go with a mirrorless or DSLR camera, you’ll need a few extra accessories, including a cam link and a tripod.

Once you land a mirrorless or DSLR camera, you’ll need a way to pipe that video into your stream -- and that’s where the Elgato Cam Link 4K comes in. Most streamers nowadays cap their videos at 1080p or 720p, but Elgato’s Cam Link is prepared for a future where 4K is the norm. This should be the only camera-connecting device you’ll need over the coming years.

It securely holds your camera. It’s unobtrusive. It’s kinda cute. What more do you need in a tripod?

And finally, lighting. Adjustable LED panels like Neewer’s Dimmable LED Light should work well for most streaming situations, offering crisp light in a portable package. This particular model sits right on your desk or attaches to a tripod, and it comes with a white diffuser for the perfect soft glow. Go for an LED panel especially if you wear glasses on-stream.

Let’s close it out with a classic. The Neewer Dimmable Ring Light is a solid, no-frills device that’ll light up your face in even the darkest of dorm rooms. This set comes with an 18-inch, dimmable ring light, and white and orange plastic filters. Plus, it’ll give you that iconic “circle of light in your irises” look.