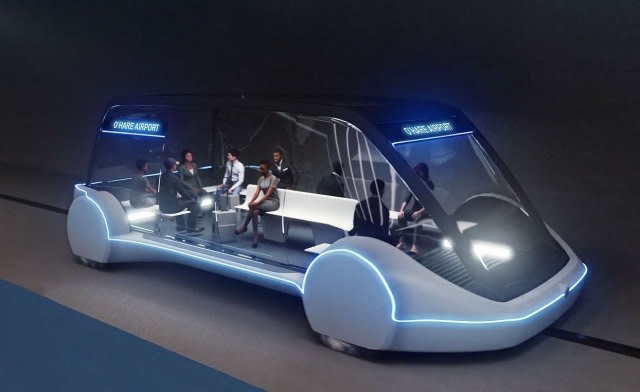 If the projects are approved, autonomous Tesla vehicles would whisk passengers through underground tunnels from the resorts to the Convention Center. Trips from both resorts and Wynn’s Encore Hotel would take less than two minutes, officials told The Las Vegas Sun.

Resorts World has been under construction for years, and it makes sense that the new resort, located nearby the Convention Center, would want to connect to the transit system. Until that project is complete, Wynn/Encore is the closest hotel on the strip to the Convention Center. Its proximity makes it ideal for a loop station, too.

“Convention guests would no longer have to worry about long walks or gridlock traffic around the convention center – they could take the transportation system to Resorts World Las Vegas for lunch, meetings, or personal appointments, and be back to their conference or expo in minutes,” Scott Sibella, president of Resorts World Las Vegas, said in a press release.

The Convention Center loop is the Boring Company’s first official foray into transit, and the fact that resorts are already onboard is a vote of confidence in the Elon Musk endeavor. The tunnel projects have received some pushback from Monorail officials, but that hasn’t stopped the company from raising millions in outside funding. It also has plans to expand into China.

In this article: boring company, elon musk, las vegas convention center, wynn las vegas, resorts world las vegas, encore hotel, transit, station, las vegas, tesla, autonomous, news, tomorrow
All products recommended by Engadget are selected by our editorial team, independent of our parent company. Some of our stories include affiliate links. If you buy something through one of these links, we may earn an affiliate commission.