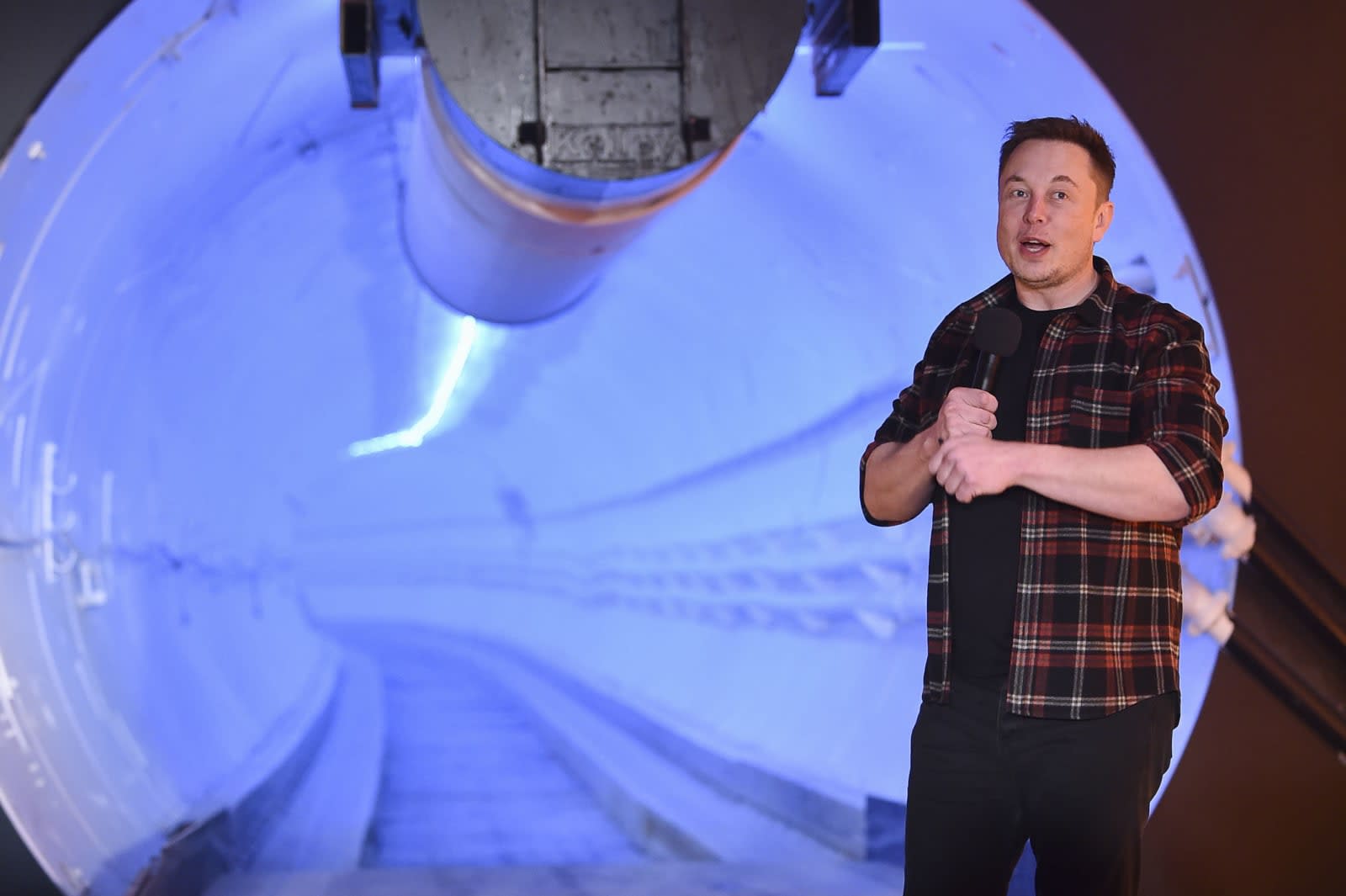 The Boring Company's tunnel projects haven't had the warmest reception in the US, but that might not matter as much in the near future. Elon Musk has revealed that he'll be launching the company in China while visiting Shanghai for the World Artificial Intelligence Conference between August 29th and August 31st. There are still many unknowns, including the first projects, but it's a big step for a company that has so far been content to focus on American efforts.

Musk also hinted that the Boring Company was willing to create underwater tunnels, although there haven't been any announced so far.

The entrepreneur didn't explain just why the company was expanding to China, although there are a few potential reasons. For one, it might face less opposition from regulators and neighborhood groups -- looser development rules might work in its favor. A larger, denser population might stand to benefit more from tunnel systems. It also helps that Tesla is dramatically expanding its presence in China. The Boring Company could represent a convenient complement to the automaker's plans in the region.

Will also be launching The Boring Company China on this trip

In this article: boring company, china, elon musk, gear, the boring company, transportation, tunnel
All products recommended by Engadget are selected by our editorial team, independent of our parent company. Some of our stories include affiliate links. If you buy something through one of these links, we may earn an affiliate commission.