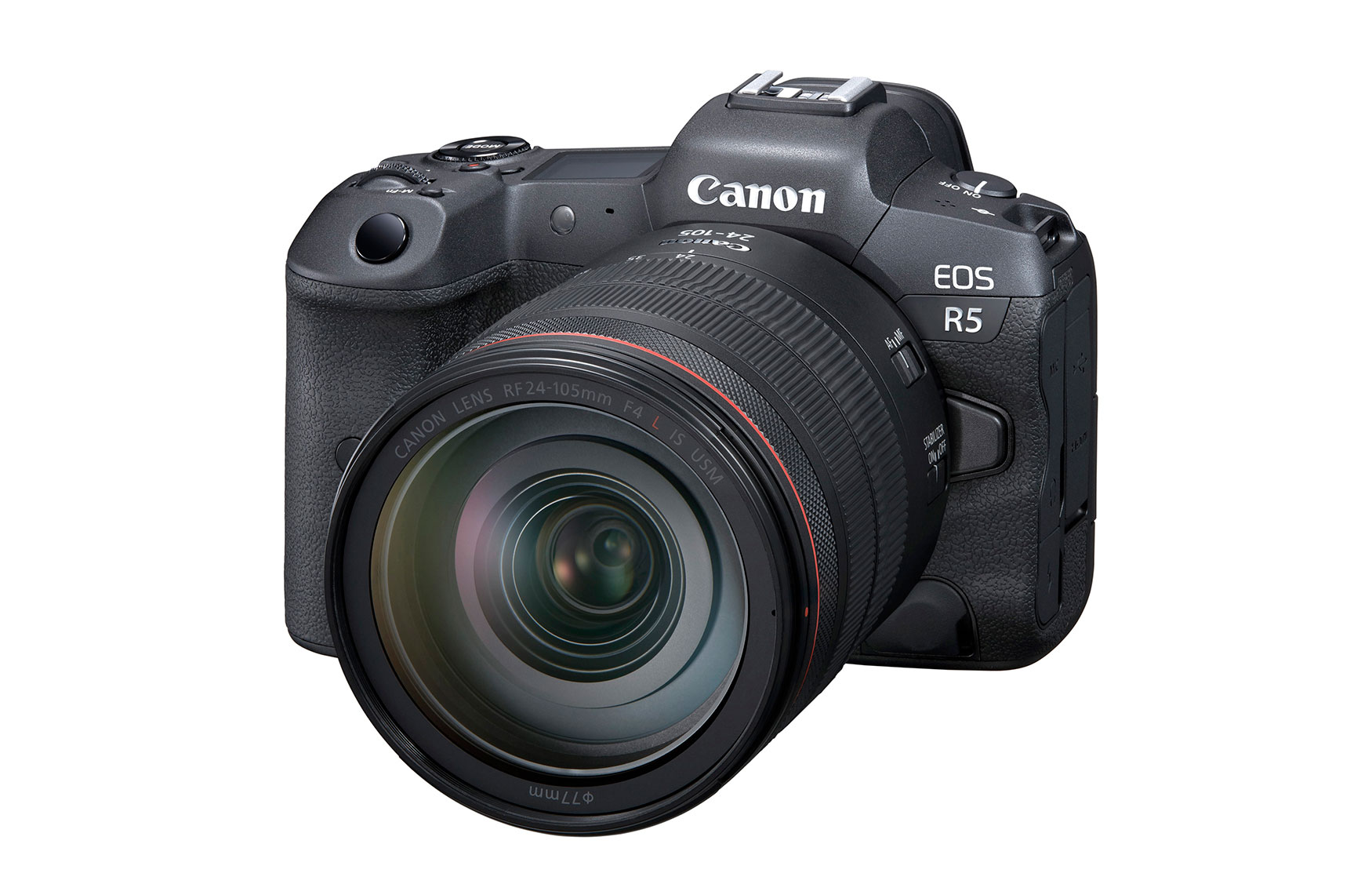 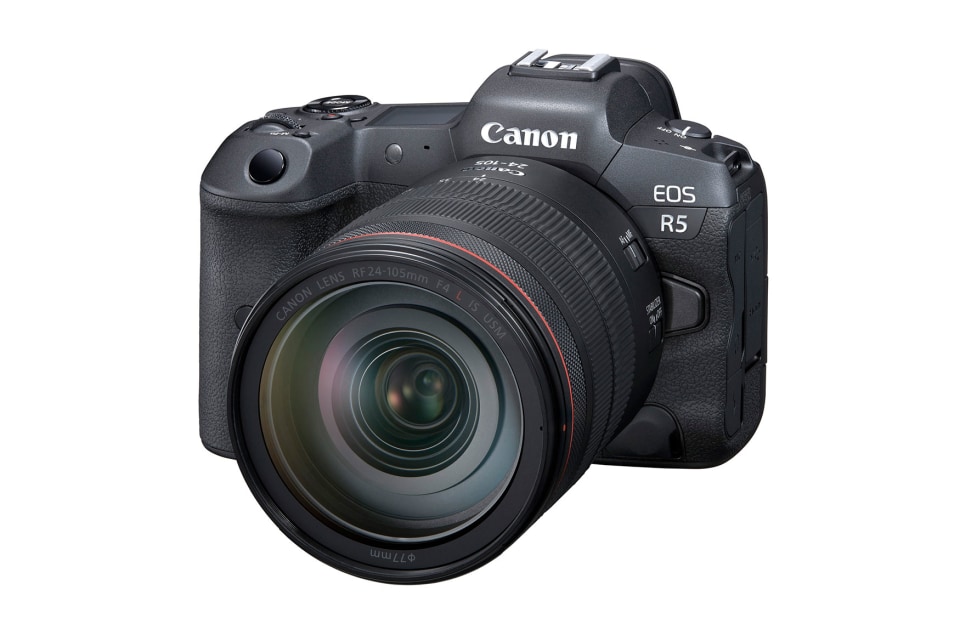 After teasing it for months, Canon has taken the wraps of the 45-megapixel, $3,899 EOS R5, the most impressive-looking mirrorless camera for video we’ve seen so far. As we already knew, it will shoot 8K 12-bit RAW video aided by a new in-body stabilization system and Canon’s class-leading Dual Pixel autofocus. That could make it a better choice for video than even Panasonic’s $4,000 Netflix-approved S1H camera.

The EOS R5 looks like it’ll be just fine for photos, too. The 45-megapixel sensor doesn’t compare to the 61-megapixel chip on Sony’s A7R IV, but it rivals the Nikon Z7 and Panasonic S1R and is more than enough for landscapes, detailed portraits and the like. Better still, you can shoot with it at up to 12 fps with the mechanical shutter and 20 fps with the electronic shutter (both with continuous AF and auto-exposure enabled), beating all other high-resolution cameras. 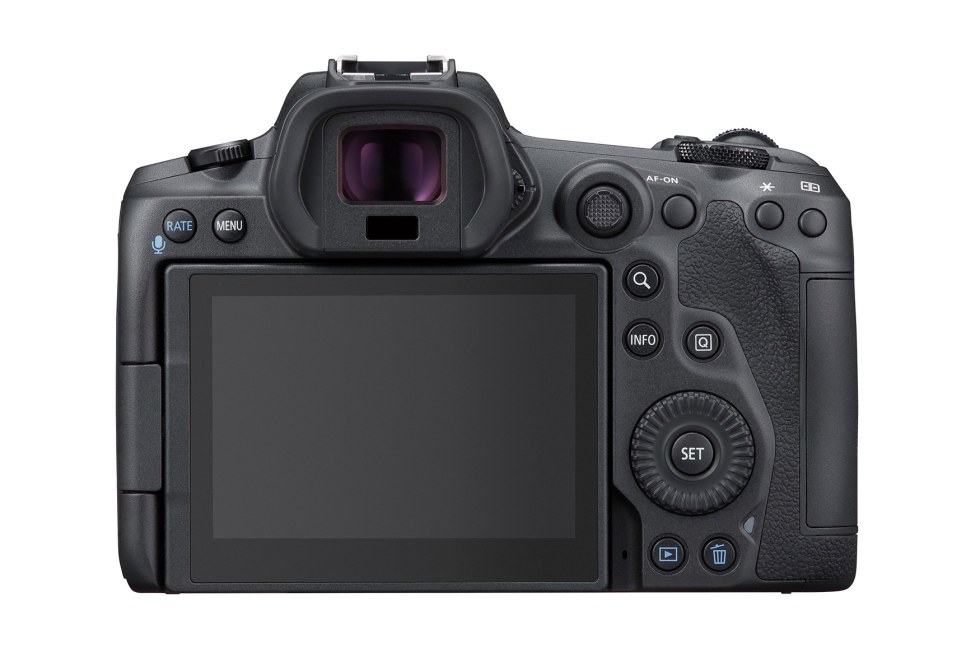 As for autofocus, the new Dual Pixel CMOS AF II has 100 percent coverage with 1,053 AF areas. It combines a high-speed sensor readout with the much faster DIGIC X image processing chip, allowing for more accuracy and faster continuous shooting speeds. The EOS R5 supports face, eye and head detection and now works with animals, too. Canon has promised better eye detection than the EOS R if your subject is farther away or has smaller eyes. It can also hit AF in relatively low light down to EV-6.

Like the EOS R, the EOS R5 has a fully-articulating display that should make it a super-powered vlogging camera, if you really want to see your face in 8K. It also comes with a very high-resolution 5.76 million dot OLED viewfinder than works at up to 120 fps for tracking fast-moving subjects. Canon has also seen fit to include dual card slots, one of the high-speed SD UHS-II variety and the other an even higher-speed CFexpress slot. Meanwhile, the body is dust- and water-resistant and weighs a relatively light 738 grams including a battery and SD memory card.

The EOS R5 is Canon’s first full-frame mirrorless camera with five-axis in-body stabilization. That keeps the camera steady even with Canon’s non-stabilized RF lenses like the RF 50mm f/1.2 and RF 28-70mm f/2.0 models. If you do have a certain stabilized RF lens, however, Canon has promised that you’ll get up to 8 stops of image stabilization with the lens and in-body systems working together. If accurate (we’ll need to test that, for sure), it beats any other camera out there by a full stop.

On top of shooting RAW or JPEG photos, you can now shoot “HEIF” 10-bit photos that are much smaller than RAW files, but have a lot more detail than JPEGs. Canon has also introduced a “face lighting correction” function that boosts the exposure on your subject’s face if they’re lit from behind or in other tricky lighting situations.

While the headline video feature is 8K RAW at up to 30 fps, you can shoot 4K 60 fps video in 10-bit with Canon Log, using All-I but not RAW modes. Weirdly, 1080p is limited to 60 fps, so I guess Canon figures that you’re not going to bother if you can do 120 fps in 4K. As Canon said earlier, all the 4K and 8K video modes will use the full-width of the sensor and support Dual Pixel autofocus, so there’s none of the awful cropping that came with the EOS R.

Update 7/11/2020 4:26 PM ET: The original post incorrectly stated that the EOS R5 has dual UHS-II card slots, but it has one UHS-II card slots and one CFexpress slot. It has been updated with the correct information.

In this article: eos r5, canon, 8K, full-frame, mirrorless, cameras, 45-megapixel, news, gear
All products recommended by Engadget are selected by our editorial team, independent of our parent company. Some of our stories include affiliate links. If you buy something through one of these links, we may earn an affiliate commission.