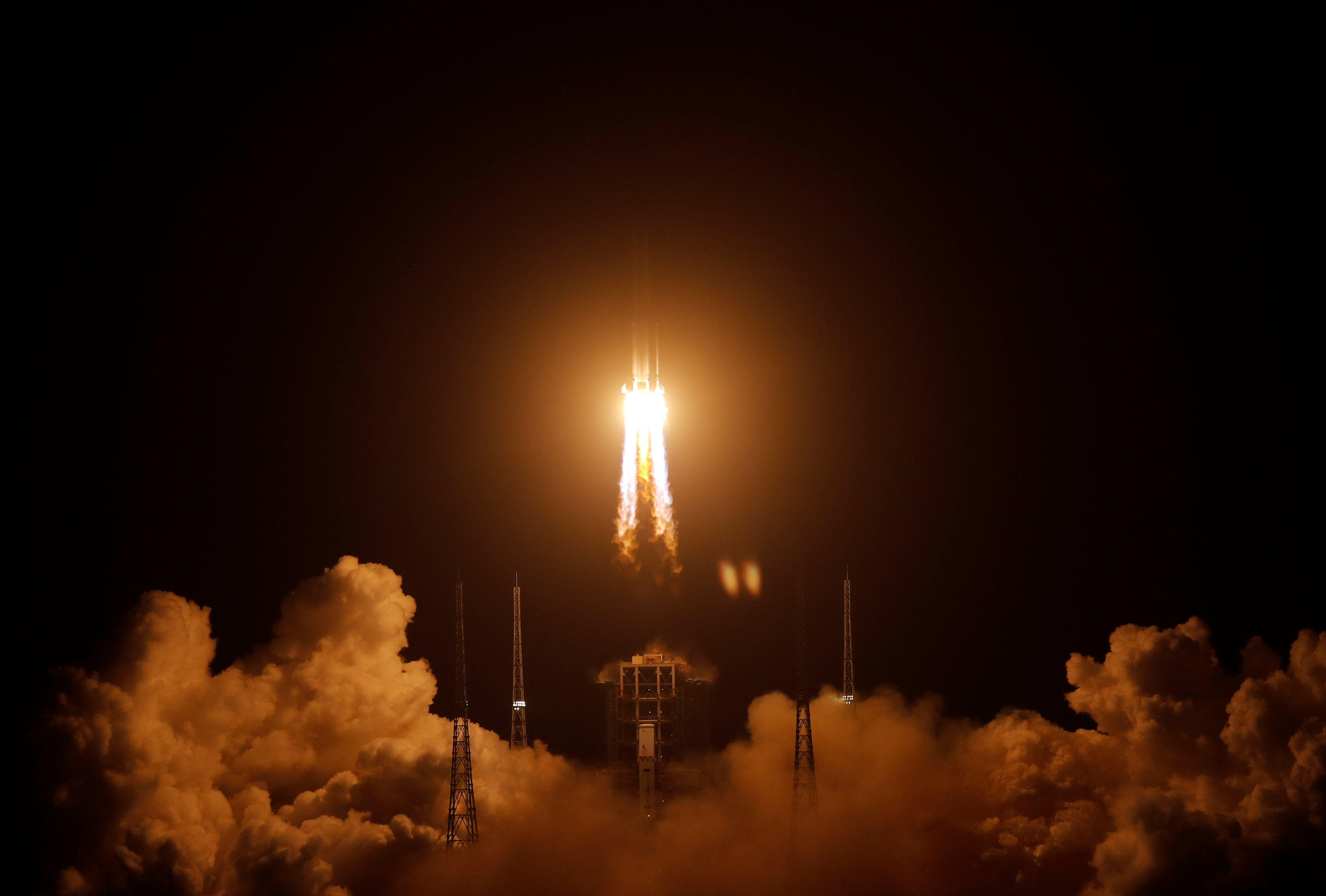 China successfully launched its Chang’e-5 mission on Monday. And if all goes according to plan, by the end of the week, it will be orbiting the Moon, ready to collect samples from the lunar surface for the first time in decades.

China launches #ChangE5 spacecraft to collect, return samples from the #moon. It's one of the most complicated and challenging missions in China's aerospace history. #LunarProbe pic.twitter.com/rr24M3pSiC

Once the lander portion of the spacecraft is on the ground, it will have approximately 14 days — or the length of a single day on the satellite — to complete its mission. That’s because it’s not designed to cope with the extreme cold temperatures that come with nightfall on the Moon. The part of the Moon China plans to land on is called Mons Rümker. It’s a volcanic plain on the near side of the satellite that’s much younger than the craters Apollo astronauts visited in the 1960s and 70s. From liftoff to its eventual return back to Earth, the entire mission is scheduled to take less than a month.

Once everything is said and done, China hopes to bring more than four pounds worth of samples back to Earth. To put that context, NASA astronauts brought back approximately 842 pounds of Moon rock and soil between 1969 and 1972. If the mission is successful, China will become only the third nation in history to have accomplished that feat. To date, only the US and the Soviet Union have successfully brought back samples from the Moon.

As The New York Times highlights, in the past China has typically waited until one of its craft has successfully made into orbit before sharing any news. This time around, the country broadcast the entire liftoff procedure on state television and YouTube, signaling its growing confidence in its space program. Like Chang’e-4 before it, Chang’e-5 is part of China’s ambitious plan for the Moon. By the end of the 2030s, the country hopes to establish a research facility and human colony on the lunar surface, something NASA’s Artemis program hopes to do as well.

In this article: space, China, change5, lander, launch, tomorrow
All products recommended by Engadget are selected by our editorial team, independent of our parent company. Some of our stories include affiliate links. If you buy something through one of these links, we may earn an affiliate commission.