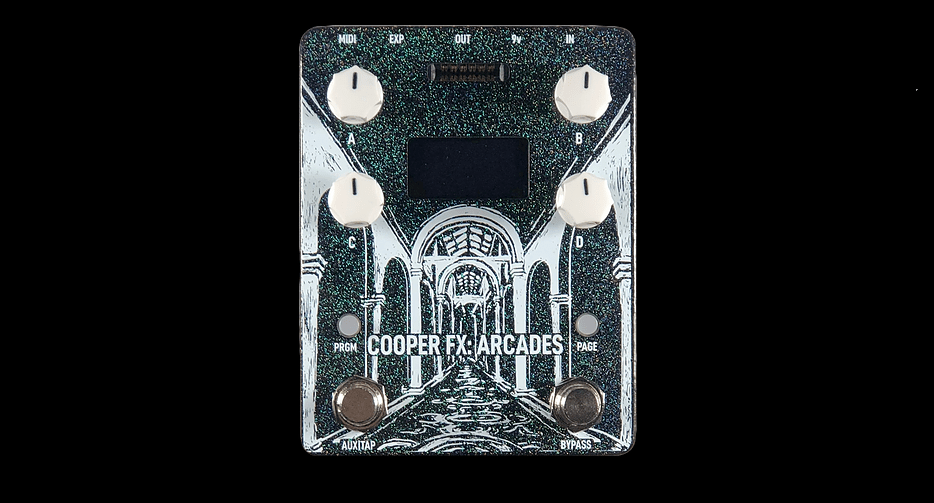 Cooper FX has just announced Arcades, a guitar pedal that changes its tune with SD card-sized swapable cartridges. Inspired by vintage video game consoles (hence the name) Arcades aims to negate some of the cost involved in traditional pedals — the bulk of which comes from hardware such as knobs and switches — by giving musicians a brand new effect for a lower price. Just pay for the cartridge, which will cost from $30 (around £24), depending on which one you go for. The pedal itself costs $330 (about £265).

In a blog post, Cooper FX explains that getting Arcades to fruition has “been a real uphill battle,” not least because manufacturing is situated in Wuhan — the center of the coronavirus outbreak. Now, however, there are four cartridges ready to go with 32 different effects, and four more underway “including the ever so trendy” granular stuff, reverse delays, generation loss, and synth cards.

This isn’t the first iteration of cartridge-based pedals that we’ve seen. Back in 2017 one Kickstarter project managed to raise $40,000 for a similar concept before abandoning the idea. Elta Music, meanwhile, launched a bit of kit called Console that operated in largely the same way, but it failed to really take off. Arcades, while essentially utilizing the same tech, perhaps stands a better chance of gaining momentum because the Cooper FX name holds a lot of sway, particularly with boutique FX fans.

In this article: Cooper FX, effects, effect, pedal, cartridge, swap, guitar, card, news, gear
All products recommended by Engadget are selected by our editorial team, independent of our parent company. Some of our stories include affiliate links. If you buy something through one of these links, we may earn an affiliate commission.