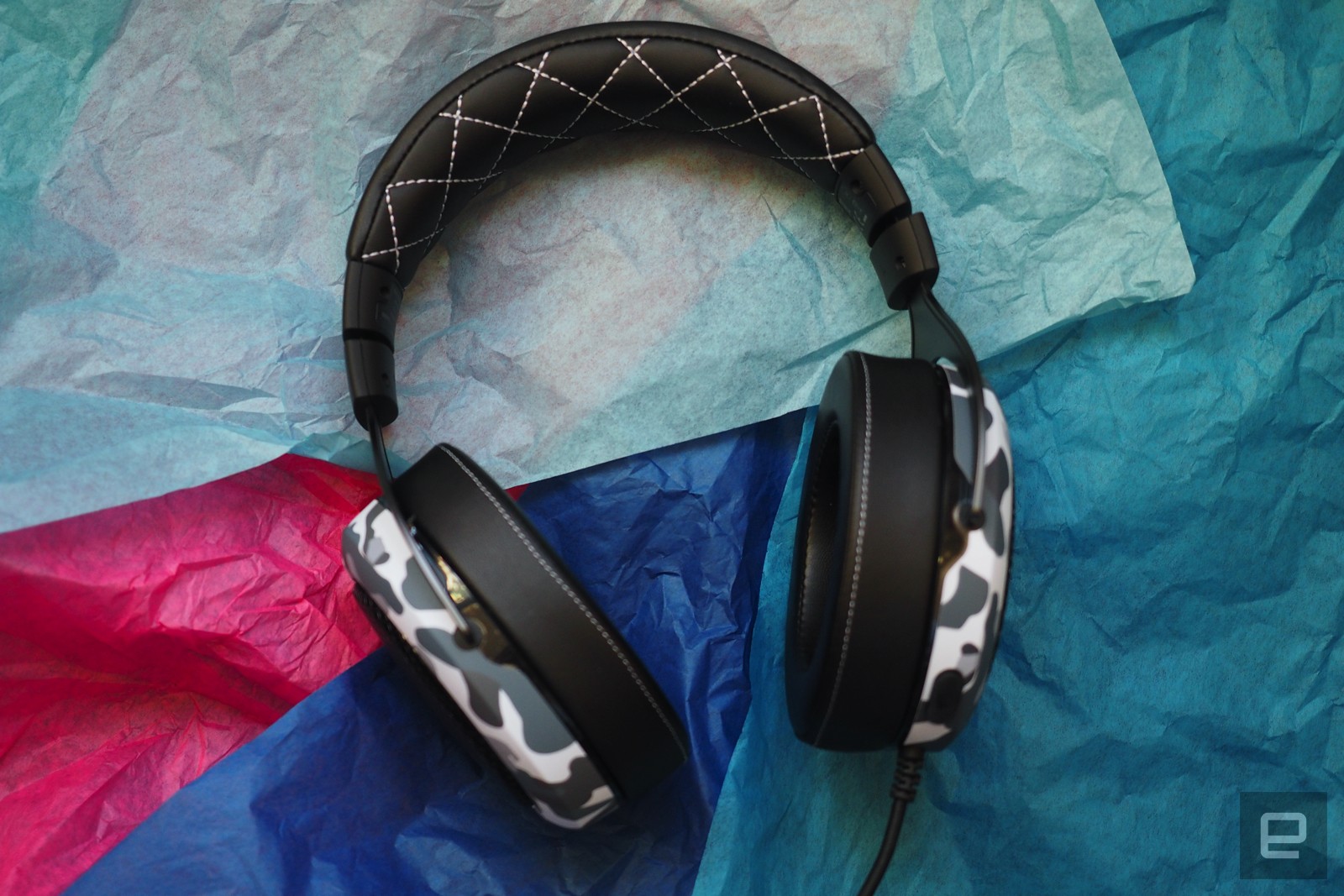 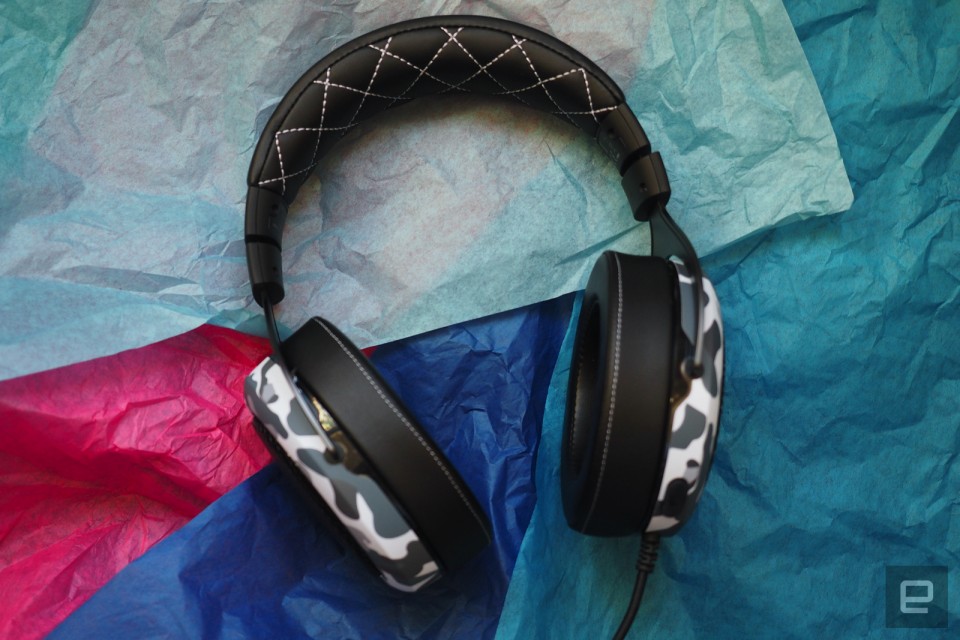 A few years ago I tried out Razer’s Nari Ultimate, a haptic headset that rumbles along with your music and games. I was not a fan. The feeling of something moving on my head was unsettling, and it didn’t really enhance the experience for me. I put the Nari Ultimate aside in favor of more traditional headsets that focused on comfort and audio. However, I’m rethinking my stance on haptics thanks to Corsair’s new HS60, which hits all the marks on quality while offering a solid rumble experience that I could even describe as therapeutic.

At first glance I wasn’t thinking along those lines: Everything about the HS60 screams “gamer,” from the gray camouflage color scheme to the braided USB cord. It doesn’t feel like a casual piece of gear, with the internal rumble motors adding a significant amount of weight. But it doesn’t feel heavy on my head, thanks to ample faux leather padding on the headband and ear cups.

The biggest point of contention in the comfort department is the thick cord, which has a tendency to get in the way when I’m typing. I’m also a bit spoiled by wireless headsets, which I’ll often leave on when I get up from my desk. The HS60 may not weigh me down, but it certainly makes me feel tethered to my computer by the sheer inconvenience of taking it off thanks to its stiff cord and headband.

The Nari Ultimate has an advantage in this department, as it’s a wireless set. But the tradeoff in the HS60 is that you’ll never need to charge it. It’s USB-A, for the record, which many gaming machines still include while my work computer does not. While most computing accessories have made the transition over to USB-C, the gaming category largely still sticks with the older port. This won’t be a problem for players on gaming desktops or laptops, but my desk is a jumble of dongles.

The HS60 Haptic is compatible with Corsair’s iCUE software, which you can use to tweak the equalizer settings, though it works just fine out of the box. And that was my first impression, “just fine.” On first listen, the rumble was a little more distinct than that of the Nari Ultimate, making music seem crisper and even a bit louder. I ended up turning the volume down from my preferred settings on the HS60, for which my eardrums are grateful.

I still wasn’t completely sold on the concept until I experimented with a few tracks with thumping beats like Michael Jackson’s ‘Billie Jean,’ with the headset pulsing against the edge of my jaw. I don’t normally enjoy bass-heavy music, but on the HS60 it actually felt good. Like many individuals living through this crazy year, I’ve been stressed out a lot. That can lead to clenching and grinding — and dentists have been reporting a lot more cracked teeth this year. So I’ve been a bit paranoid, since I’ve suffered from TMJ in the past. I often do exercises to stretch the muscles there, and rub the edge of my jaw a lot. The HS60 doesn’t offer as much relief as those actions, but it does act like a mini massage, loosening everything up after prolonged listening.

The pulsing beats were nice, but where the HS60 Haptic really shines is with sounds like the rumble of an approaching tank or spaceship. And not just because of my achey jaw. The increased presence of the audio reminded me of being in a movie theater. Remember those? The kind with immersive surround sound that’s so loud it makes the chairs shake? My seat wasn’t moving but I still briefly flashed to the last time I saw a big event movie in a theater (probably Star Wars) and was blasted from all sides with audio.

The HS60 is only a stereo headset, but it’s excellent at positional audio — I was particularly impressed when watching an episode of Star Trek: Lower Decks, where a character walked across the screen, with the track switching so smoothly from one ear to the other that it sounded like he was passing behind me.

Would I have felt this positive about the HS60 Haptic in a year where I wasn’t constantly stressed out and could go to the movies as often as I wanted? I don’t really know. Corsair certainly wasn’t planning on a pandemic when it designed the HS60, just like Nintendo wasn’t when it released Animal Crossing back in March. It’s still a pretty great $130 headset, with solid audio and a good fit. The value of the haptics is just more apparent this year.

In this article: hs60 haptic, headset, corsair, audio, headsets, nari ultimate, razer, hands-on, feature, gear, gaming
All products recommended by Engadget are selected by our editorial team, independent of our parent company. Some of our stories include affiliate links. If you buy something through one of these links, we may earn an affiliate commission.