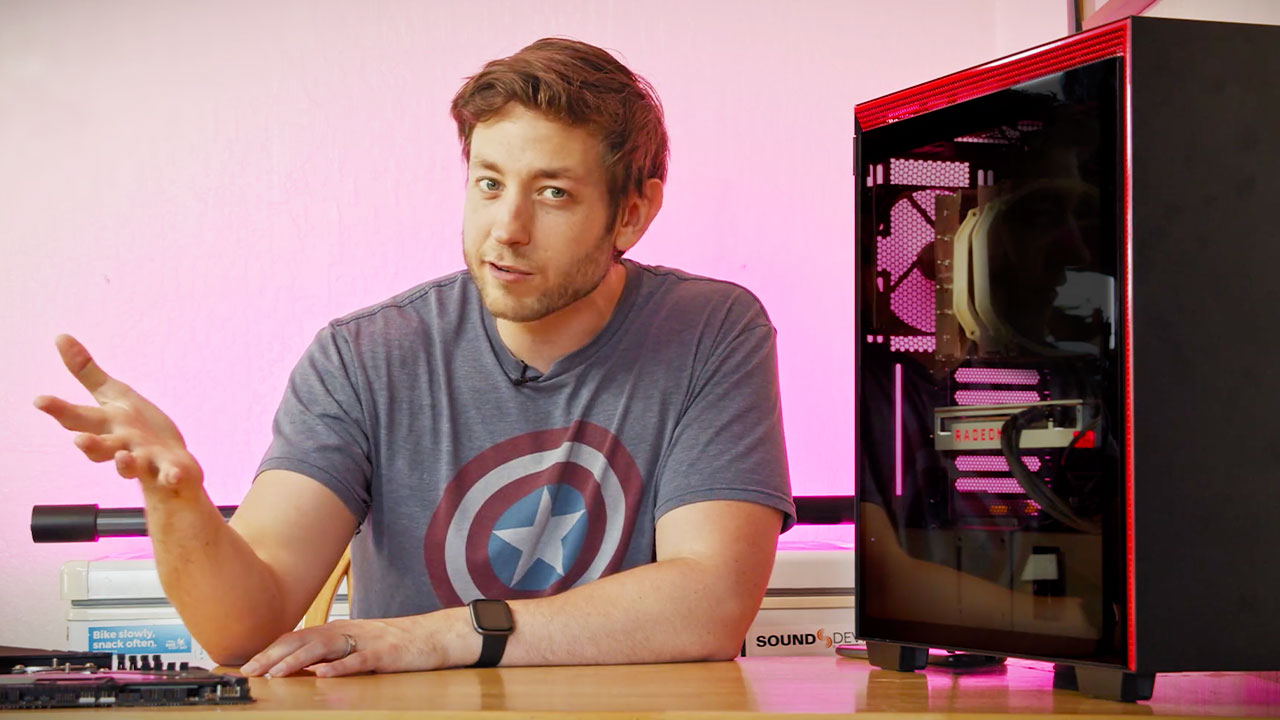 Normally when benchmarking processors it’s useful to look at a few models with similar specs or near the same price-point, to get a sense how they differ.

That’s not what we did here. For the latest episode of our explainer show Upscaled, we compared Intel’s new flagship 10-core chip, the i9-10900K, with AMD’s budget-level Ryzen 3 3300X. We were trying to answer one question: How much does your CPU matter in gaming performance? In the recent past, many games were not well optimized for multiple CPU cores, but many modern games can utilize four, six or even more cores.

With that in mind, is a 4-core chip like AMD’s Ryzen 3 3300X still powerful enough to get high framerates in a modern, big-studio game? Or to look at it another way; Intel claims its i9-10900K is the fastest chip you can buy for gaming, but how much of a difference does it make?

We requested chips from both Intel and AMD, and built a new test system to find out. In addition to a few synthetic benchmarks, we tested Gears of War 5, Shadow of the Tomb Raider, and Red Dead Redemption 2. We ran benchmarks at 1920 x 1080 resolution, at low and high graphics settings, and again at 4K resolution with high settings. You can see the full results in the video, but while the i9-10900K was definitely faster, the 3300X still managed more than 100FPS in both Gears of War 5 and Shadow of the Tomb Raider at 1080p with the quality settings maxed out. At 4K, the differences nearly evaporated, and both chips were within a few frames of each other.

This has to do with the “GPU-bound” nature of many games. Games generally rely more on the GPU for performance, but at lower-quality settings where the GPU can render more frames, the CPU ends up working harder moving data around and trying keep up. Here a faster CPU can make a difference, but at higher resolution or quality, where the GPU can’t create frames as quickly, CPU performance matters less.

Of course, CPU power does matter for workloads other than gaming, and the i9-10900k was much quicker in certain situations, including rendering a 4K video nearly twice as fast as the 3300X with Handbrake.

Intel may very well have created the best gaming chip you can buy, but if you’re building a gaming PC, unless you’re aiming for ultra-high framerates over everything else, you may be better off putting that money towards a better GPU.

In this article: 3300x, i9, Ryzen, AMD, Gaming, Intel, CPU, PC, 10900k, engadgetupscaled, feature, gaming, gear
All products recommended by Engadget are selected by our editorial team, independent of our parent company. Some of our stories include affiliate links. If you buy something through one of these links, we may earn an affiliate commission.