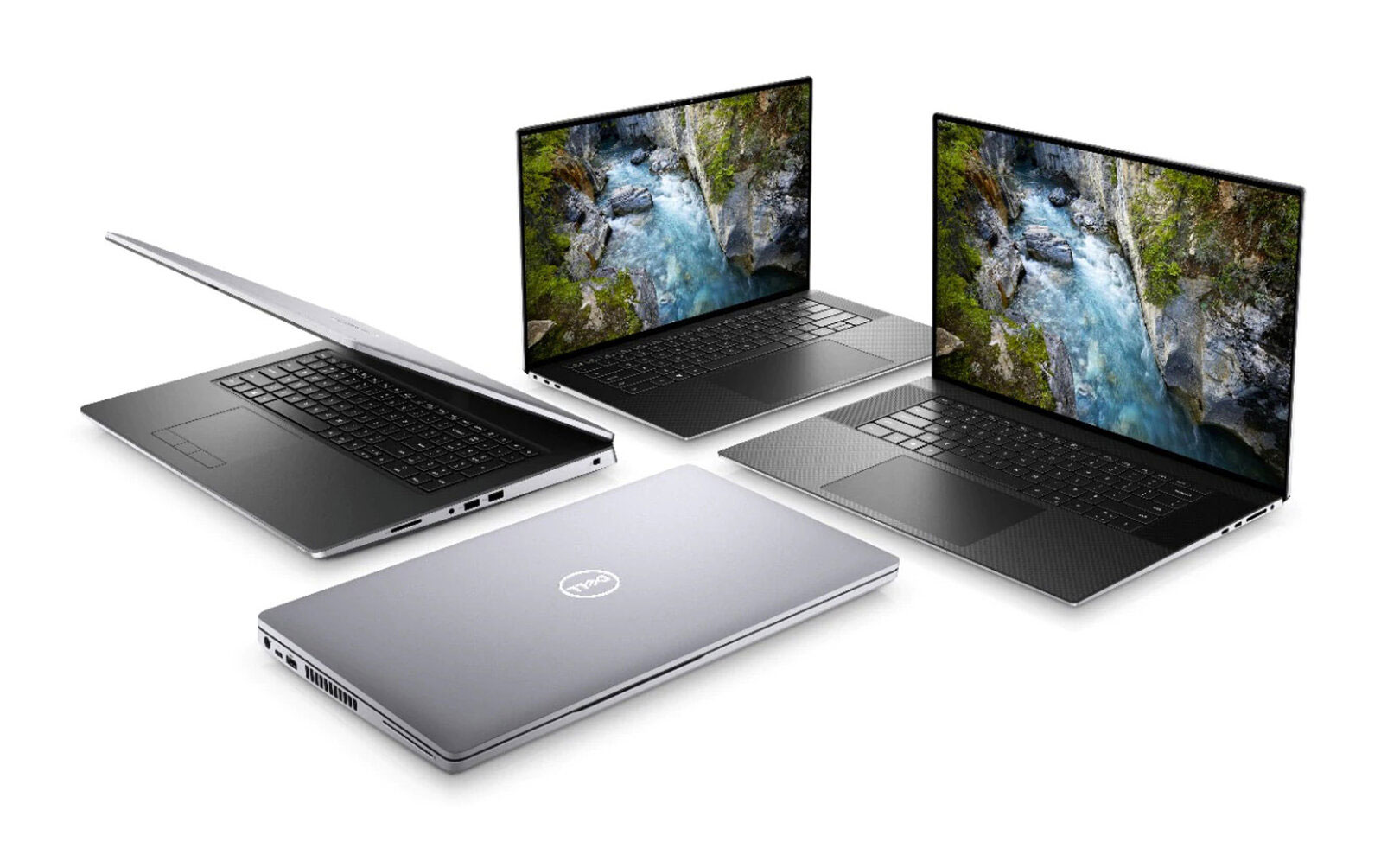 It looks like Dell is about to launch highly revamped versions of the XPS 15, along with an XPS 17 laptop for the first time in years, according to an image on its site spotted by Redditor u/WesolyKubeczek. The new models (top left and right) look a lot more sleek than before with smaller bezels, especially on the bottom “chin.” They could also feature squarer 16:10 aspect ratio displays and no more USB-A ports, exactly like the all-new XPS 13.

Currently, the XPS 15 shares a design with the Precision series, also shown in the photo at the bottom and left. It now looks like the lineups will diverge, with the larger XPS models adopting the same design as the XPS 13. It also makes sense for Dell to launch an XPS 17 again in a relatively compact form factor thanks to the lack of bezels and lighter components.

Other changes include new speaker positioning, a carbon-fiber look, four USB-C ports, an SD card slot and a headphone port. A previously leaked roadmap points to a 4K display (3,840 x 2,400), 6-core Intel i7-10750H “Comet Lake” CPU, 32GB of RAM max and a 1TB PCIe NVMe SSD. The rumor mill has it that the XPS 15 will arrive this month, while the XPS 17 could be released in mid-2020, according to Laptop Mag.

In this article: XPS 17, design, laptops, leak, USB-A, XPS 15, Dell, personal computing, news, gear
All products recommended by Engadget are selected by our editorial team, independent of our parent company. Some of our stories include affiliate links. If you buy something through one of these links, we may earn an affiliate commission.