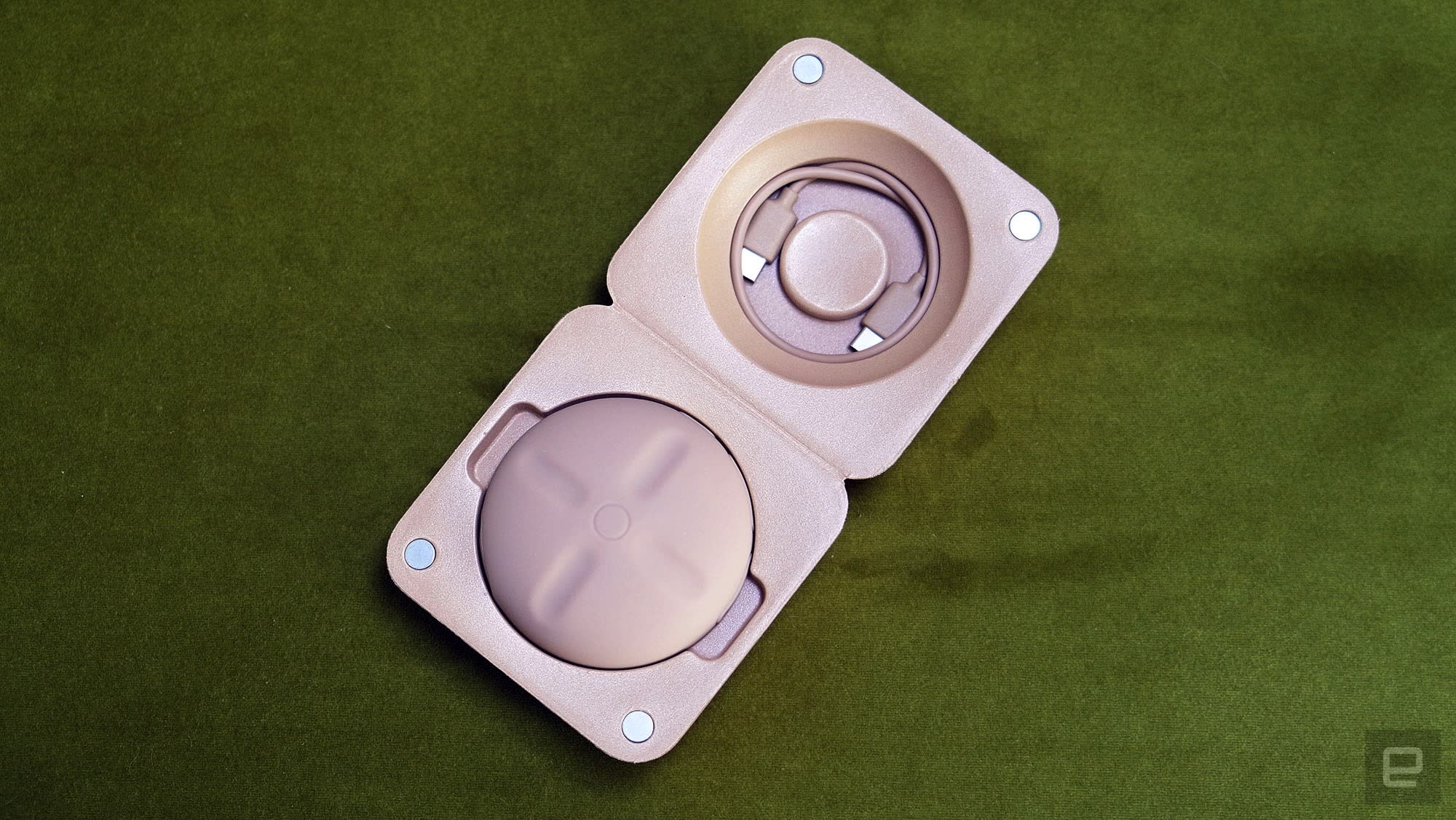 I wish anyone other than Kanye had made the Stem Player

This fascinating pocket-sized remixer can be fun, but is clearly pushing the limits of its technology.

I want to get one thing out of the way at the top. I wish that anyone — anyone — other than Kanye West had released the Stem Player. At this point he’s more than 10 years past the creative zenith of My Beautiful Dark Twisted Fantasy, and five years removed from the uneven, but decent Life of Pablo. These days, his cultural relevance is driven more by spectacle and controversy than artistic output.

Still, I can’t help but be drawn to the Donda Stem Player: It’s a fascinating and unique device. But my interest is in spite of, not because of Kanye West.

So what is it? Well, it’s basically a tiny puck-shaped computer dedicated specifically to remixing Kanye’s latest album. Using it you can change the volume of different stems, or tracks, in the songs on Donda. For instance, if you’re wondering what “Off the Grid” would sound like as an instrumental you can simply turn down the vocals. Or if you find the sonar ping synth in “Jonah” unbearable, just turn it off. You can also create loops of little song chunks, reverse them, speed them up, slow them down and even add effects.

It looks kinda like a sex toy, though, and is covered in what I assume are surplus Fleshlights. It doesn’t feel unpleasant, exactly, but it is slightly unnerving. And the vaguely fleshy hue doesn’t help matters. The main controls on the front are four touch-sensitive strips that light up to tell you what volume a track is at or what effect you’ve selected, for instance. The whole thing vibrates, too, with haptic feedback every time you touch a button or a strip, though it can lag behind your actual touch quite a bit.

One of the limitations here is that it tops out at four stems. This often means all the melodic content is one track. I’ll also say that the effect selection leaves something to be desired. There are two different speeds of tremolo, a few different echo options and “feedback” which is basically just an out of control echo.

Being able to quickly loop a chunk of music, reverse and slap some reverb on it is kinda fun. It allows you to transform a song into something completely unrecognizable, but it’s not super useful as a practical remix tool.

I was somewhat disappointed by the Stem Player’s ability to handle non-Donda tracks. The site promises that you can upload any song to the player. You can even drop in a YouTube link and it will parse out the audio. Then it will automatically split the song into stems so you can remix it. This is no easy task, even for pro-grade software on a high-powered PC. Predictably, it's hit or miss here.

The Stem Player handled “DIRTY!” from JPEGMAFIA and “Stonefruit” by Armand Hammer reasonably well, though there was some slight bleed through of the synth line into the vocal stem on “Stonefruit.” Nine Inch Nail’s “Closer” fared a little worse. Half the bass line was on its own track, while the other half was lumped in with the drums. It even bled into the vocals. There was also a decent amount of digital artifacts in the stems.

It would seem that fairly stripped-down hip hop productions will do ok, but as the complexity of a song increases the Stem Player starts to struggle parsing the different parts. The Armed’s “An Iteration,” for example, was broken down into drums, vocals and a single track of everything else. Then the fourth stem, which is supposed to be for bass, was basically silent. In fact, I often encountered this issue with music I uploaded to the Stem Player myself. Badbadnotgood’s “Love Proceeding” was reduced to just two stems: drums and not drums.

I have concerns about what happens to the Stem Player in a few years or even months time, too. The only way to upload new songs to it is through the Stem Player website. So if that ever goes offline you might be stuck. I also can’t figure out how to get mixes and songs off the player. The instructions both included with the player and on the site are pretty barebones and at times, slightly confusing. In the FAQ it says you can save what you’re mixing by pressing the volume up button then it explains that “four recordings can be saved, play back from the final, red track.” The only problem is, I have no idea what the hell that means.

Perhaps the biggest knock against the Stem Player is the price. $200 is a lot to throw at a musical curiosity. Especially when that money mostly serves to feed the ego of one of the most megalomaniacal celebrities in the world.