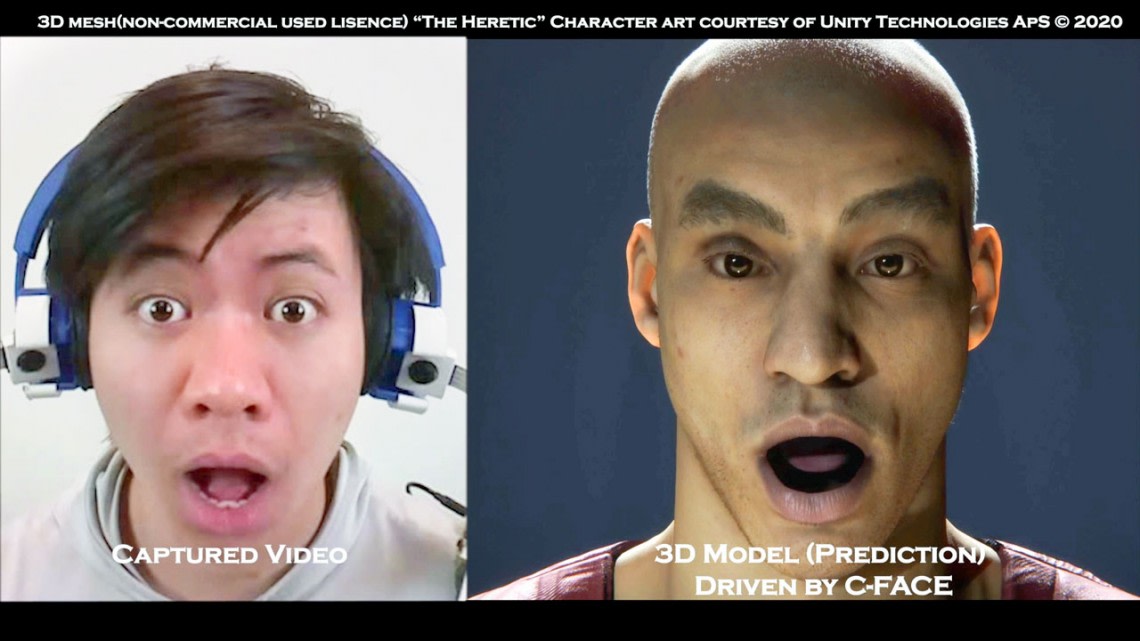 Researchers from Cornell University have created an earphone system that can track a wearer's facial expressions even when they're wearing a mask. C-Face can monitor cheek contours and convert the wearer's expression into an emoji. That could allow people to, for instance, convey their emotions during group calls without having to turn on their webcam.

The earphone uses two RGB cameras that are positioned below each ear. They can record changes in cheek contours when the wearer's facial muscles move.

Once the images have been reconstructed using computer vision and a deep learning model, a convolutional neural network analyzes the 2D images. The tech can translate those to 42 facial feature points representing the position and shape of the wearer's mouth, eyes and eyebrows.

C-Face can translate those expressions into eight emoji, including ones representing neutral or angry faces. The system can also use facial cues to control playback options on a music app. Other possible uses include having avatars in games or other virtual settings express a person’s actual emotions. Teachers might be able to track how engaged their students are during remote classes too.

In this article: face tracking, facetracking, facial tracking, facialtracking, emoji, earphone, cornell, cornell university, cornelluniversity, c-face, cface, news, gear
All products recommended by Engadget are selected by our editorial team, independent of our parent company. Some of our stories include affiliate links. If you buy something through one of these links, we may earn an affiliate commission.