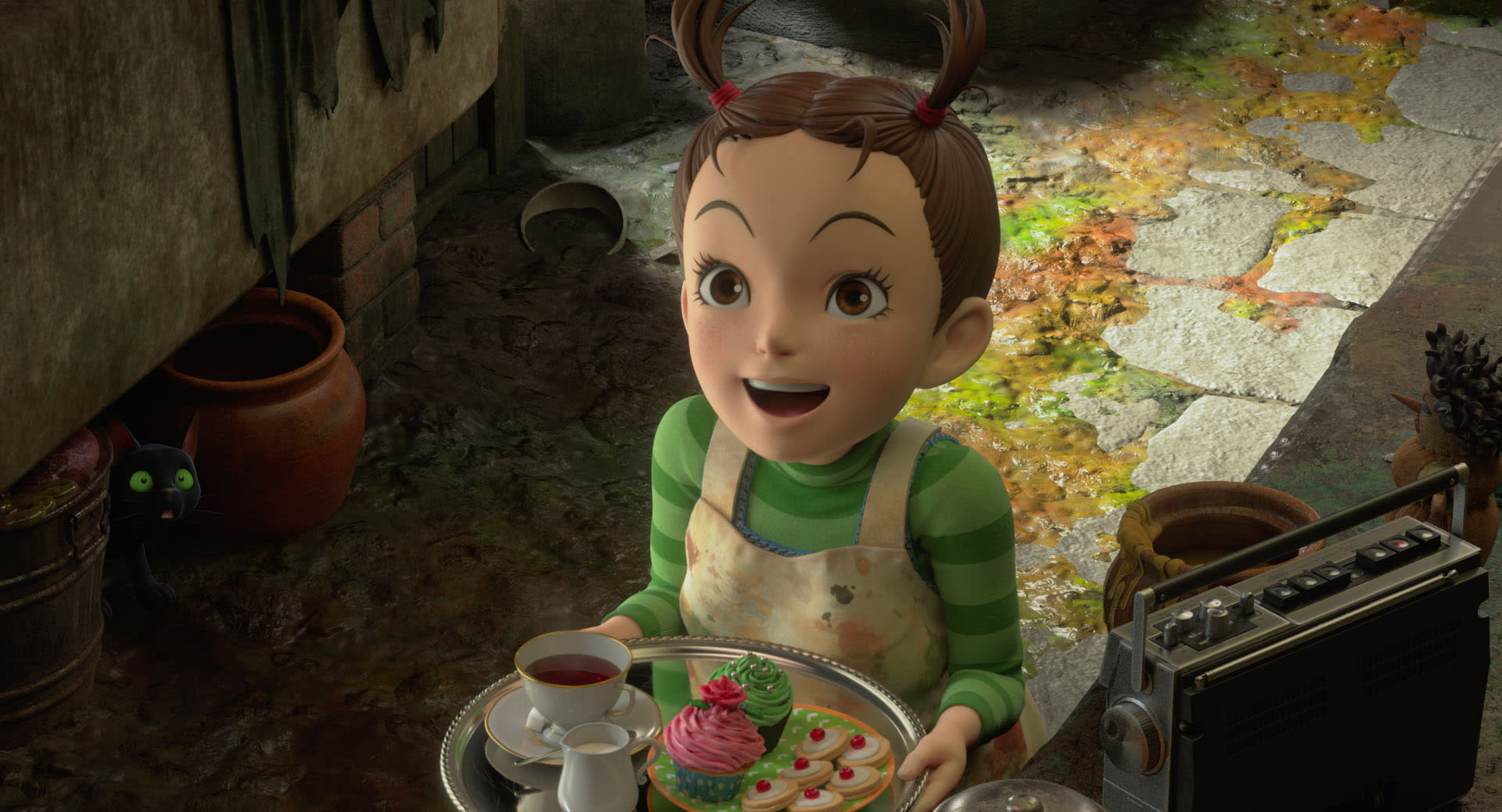 Earwig and the Witch GKIDS

Studio Ghibli's first CG movie, 'Earwig and the Witch,' is an insult

It's a creative failure on every level.

Studio Ghibli, helmed by the legendary filmmaker Hayao Miyazaki, has practically perfected the art of 2D animation. So, I'll admit, I've spent the past few years dreading the company's first 3D CG animated film, Earwig and the Witch. Like the lumbering Stink Spirit from Spirited Away, I could feel the approaching impact of a fully CG Ghibli movie on the horizon. What would it mean for the studio's notoriously detailed artistic process? How will it shape Ghibli moving forward? After finally seeing Earwig and the Witch on HBO Max, I'm even more concerned.

Directed by Goro Miyazaki, son of Hayao, Earwig is an ugly, half-baked film filled with unlikable characters. It lacks the magic of a typical Ghibli entry on almost every level: The CG character animation is stiff and lifeless, with facial expressions that wouldn't be out of place in a cheaply produced children's YouTube video. The music, composed by Satoshi Takebe, is mostly forgettable, far from what we've come to expect from Ghibli regular Joe Hisaishi. (That's especially damning since music is supposed to play a central role in the story!) And even though it's adapted from a Dianna Wynne Jones novel, the narrative feels incomplete, as if Miyazaki ran out of time and money before he had to ship a final cut.

The film follows a young girl, Earwig, who was left at an orphanage as an infant, and grew up to be a rambunctious kid who controls everyone around her. After being adopted by an old witch and a mysterious warlock, she starts to learn more about herself and her magical powers. That's it, that's the movie. Aside from the animation quality, Earwig herself is bit of a bratty bore, with none of the charm from Ghibli's usual plucky heroines. She's less a "genki girl" and more a kid who's focused on manipulating others towards her own ends.

For any other studio, a film like Earwig could just be a misfire that they promptly move on from. But as the first CG entry from a legendary animation house, it's supremely disappointing. To be fair, the film was originally produced for Japanese television. And while I couldn't find an exact production budget, you can tell it was nowhere near the $20 million to $30 million the studio typically spends on the elder Miyazaki's features. So in a sense, Earwig and the Witch didn't have much of a chance to start. But I can't help feel it the complete apathy from Hayao Miyazaki and the more senior Ghibli crew are to blame.

"I was the only one among the people at Ghibli who knows that method of creation, so I was able to push the project forward without consulting with anyone," Goro Miyazaki said in a press conference according to Mainichi Shimbun's Mantan Web (via the Anime News Network). "Hayao Miyazaki told me to go ahead with it, and producer Toshio Suzuki encouraged me, saying that it seemed like a fine idea, but after that, I was left to my own devices. I was basically abandoned, so I made the anime with a young staff and didn't consult with the old guys at all."

Even after working on a CG short (Boro the Caterpillar), Hayao Miyazaki has never warmed up to CG films as a medium. And there's a good chance you've seen his brutal takedown of AI-driven animation, following a demo of a creepy zombie creature from the Dwango AI Laboratory. "Whoever created this has no idea what pain is whatsoever," he said, after recounting a story of a disabled friend. "I am utterly disgusted. If you really want to make creepy stuff, you can go ahead and do it. I would never wish to incorporate this technology into my work at all. I strongly feel that this is an insult to life itself."

I wouldn't go that far to describe Earwig and the Witch. There's an attempt at artistry, but it's bungled by poor storytelling and an amateurish approach to CG. The film's backgrounds are more lush and detailed than the character models, but that's because Ghibli artists drew those by hand, before digitizing and adding some CG elements, according to a Kotaku interview with Goro Miyazaki. Ironically, the one standout element from Earwig was produced by its most traditional method.

Don't call me a CG hater. I've loved most of Pixar's films, and I have great respect for it as a medium. But if Ghibli were to go down this road, it would have been better off exploring something completely new and experimental. Consider the way Ghibli's other genius director, Isao Takahata, used delicate watercolor animation in The Tale of Princess Kaguya. He also helmed the studio's first digitally animated film, My Neighbors the Yamadas, which still looks unlike anything else from Ghibli (or most other anime films). Even Hayao Miyazaki isn't beneath using CG sparingly to enhance his films, especially in Spirited Away and Howl's Moving Castle. (Though he ended up returning to more hand-drawn work with the more recent Ponyo on the Cliff and The Wind Rises.)

After the overwhelmingly negative reaction to Earwig and the Witch, I don’t expect Ghibli to jump back into a CG film anytime soon. At this point, the studio is finishing up Hayao Miyazaki’s next feature, How Do You Live?, based on a 1937 Japanese novel. I’m just hoping the company learns something from the creative failure of Earwig. If they’re going to embrace CG, it’s better to follow in the footsteps of Pixar -- go big, go cinematic -- instead of just half-committing to a low-budget TV production.