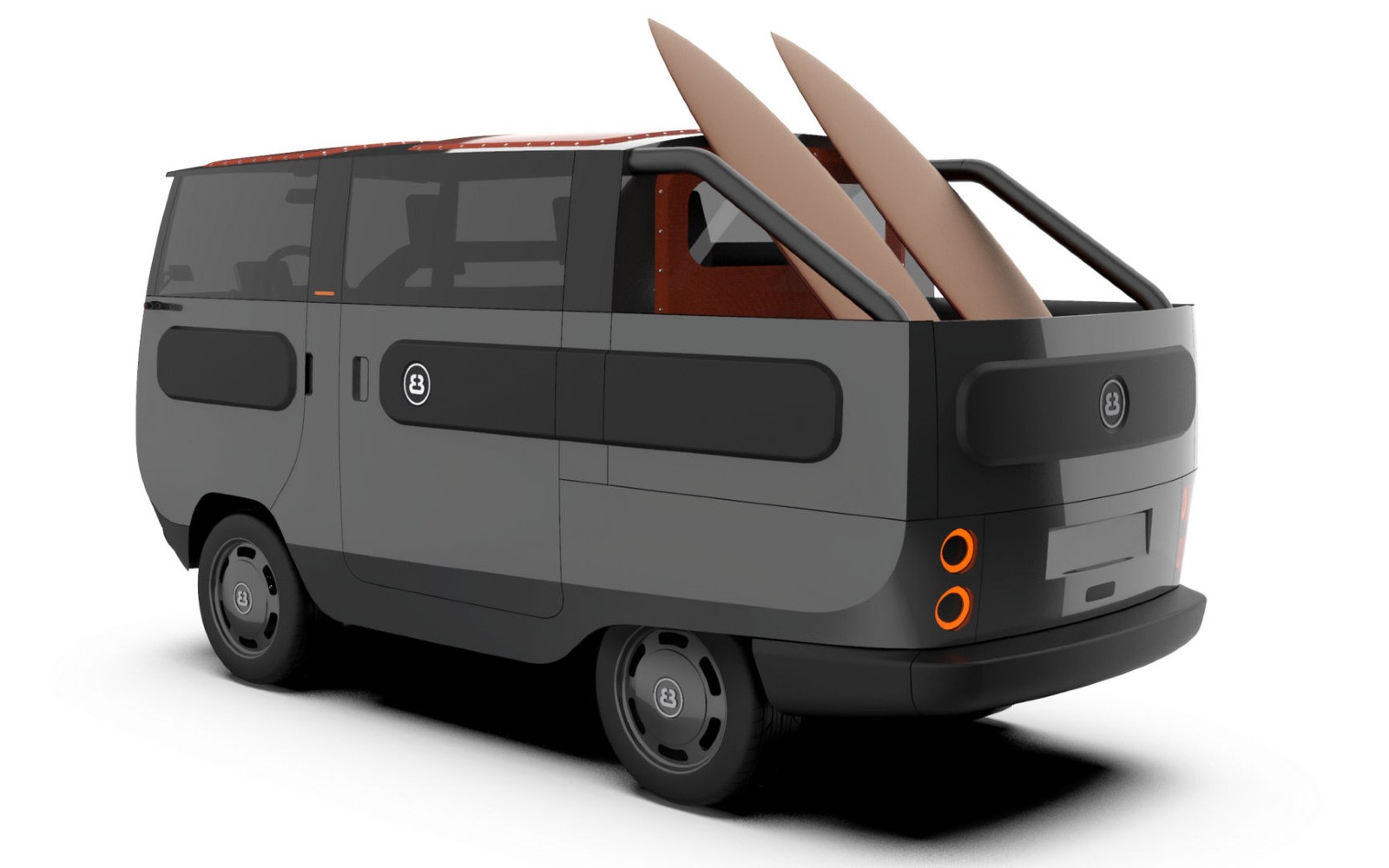 It turns out nostalgic consumers won't have to wait for Volkswagen's ID Buzz to get their hands on an electric microbus. A German company called Electric Brands is working on a VW Bus-inspired EV called the eBussy (via The Drive). But there's more to the eBussy than a mere nostalgia play. In addition to both urban and off-road chassis variants, you can configure the modular vehicle with 10 different body styles, allowing it to function as a minivan, pickup, flatbed, camper and more.

Another nifty feature of the EV is that you can slide the steering wheel across the dashboard to configure it for left, right or even center driving. That's because both the steering and pedals use a drive-by-wire system, which means they're electronically instead of mechanically connected to the front wheels. Powering the eBussy is a 10kWh battery that provides an approximate range of 124 miles. Built-in roof-mounted solar panels and a regenerative braking system can extend the range of the vehicle. You'll also be able to configure it with a 30kWh battery, allowing the EV to travel approximately 373 miles on a single charge. In-hub electric motors produce a modest 20 horsepower but an impressive 737 pound-feet of torque. Depending on the configuration, the eBussy will weigh between 992 pounds and 1,322 pounds.

The base model eBussy will start at €15,800 ($18,525), with the most expensive model, the off-road camper, coming in at €28,800 ($33,309). Electric Brands also plans to build out a network of charging stations where eBussy owners will be able to exchange their depleted batteries for fresh ones. If all goes according to plan, the eBussy will make its way to European roads sometime next year. No word yet on if Electric Brands plans to bring the EV stateside.

In this article: transportation, ev, electric vehicle, ebussy, electric brands, volkswagen, VW, ID Buzz, news, gear
All products recommended by Engadget are selected by our editorial team, independent of our parent company. Some of our stories include affiliate links. If you buy something through one of these links, we may earn an affiliate commission.