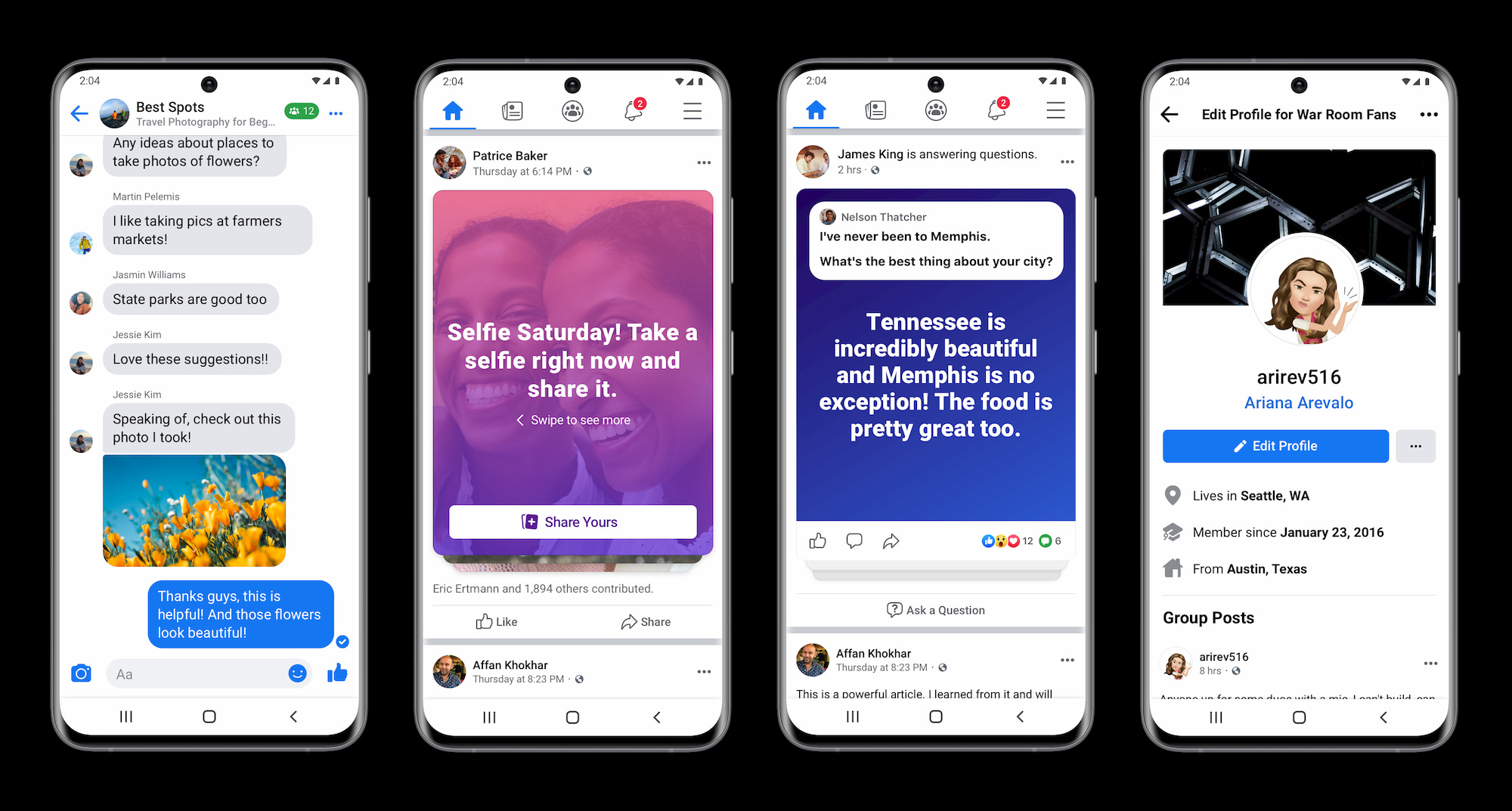 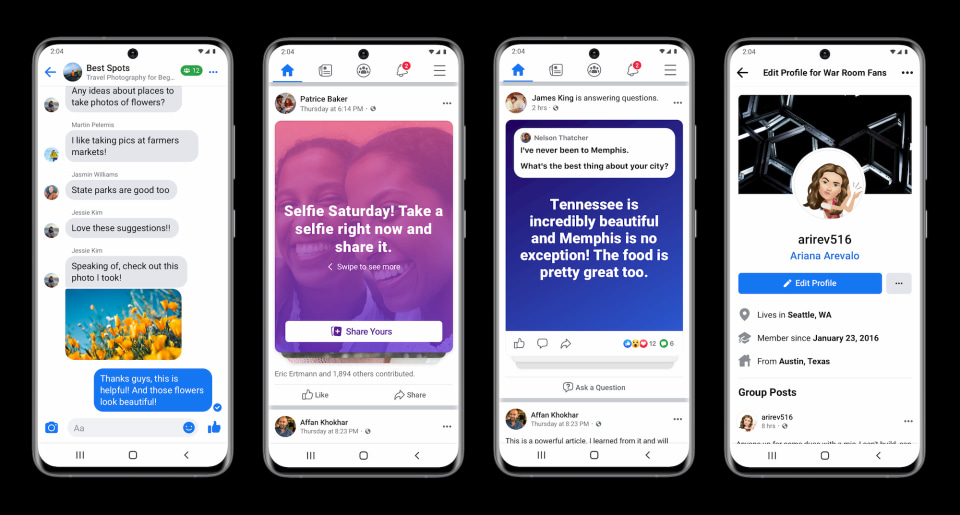 Facebook has announced a string of features it's bringing to Groups. The company says that, every month, more than 1.8 billion people use Groups, which debuted a decade ago. One of the more intriguing updates Facebook revealed is that it will surface discussions from public groups elsewhere on its platform.

When you share a link or post, you might see related discussions from groups, including ones you’re not a member of, appear in your News Feed. Relevant discussions will pop up in the revamped Groups tab too. On top of that, search engines will be able to index public Facebook Group conversations.

The company suggested the changes will "help people encounter diverse perspectives and engage in discussions with others with different backgrounds and life experiences." How well that will actually work remains to be seen. On one hand, it could be fine for more anodyne topics. Fundamentally, exposing people to alternative viewpoints can be a positive move.

However, Facebook Groups, in particular private ones, have been criticized for accelerating the spread of false information and conspiracies. Facebook said on Wednesday it removed more than 6,500 pages and groups linked to “militarized social movements” over the past month alone. Executives have also reportedly rejected some internal efforts to make the platform less divisive.

Facebook plans to start testing this feature in the coming months and group admins can decide whether to opt in. They'll be able to convert public groups into private ones, and turn on post approvals so they can review posts before other members see them.

The other features Facebook revealed at today's Communities Summit are mainly to help admins manage groups. They'll have access to an Admin Assist tool that will allow them to set up filters and automatically delete posts that include certain words. That could help them effectively ban certain topics or hashtags from their groups.

Admins will have the option to organize posts by hashtag and pin topics to the top of the group page. They'll be able to use a Brand Collabs Manager that will help them monetize public groups by working with brands looking to promote their services and goods.

Other upcoming features include real-time group chats, prompts for photo-based collaborative posts, Q&A sessions and the option to set a custom profile for each group you're a member of. These should all be available in the coming months.

In this article: services, facebook groups, facebookgroups, groups, socialmedia, privacy, internet, social media, facebook, news, gear
All products recommended by Engadget are selected by our editorial team, independent of our parent company. Some of our stories include affiliate links. If you buy something through one of these links, we may earn an affiliate commission.