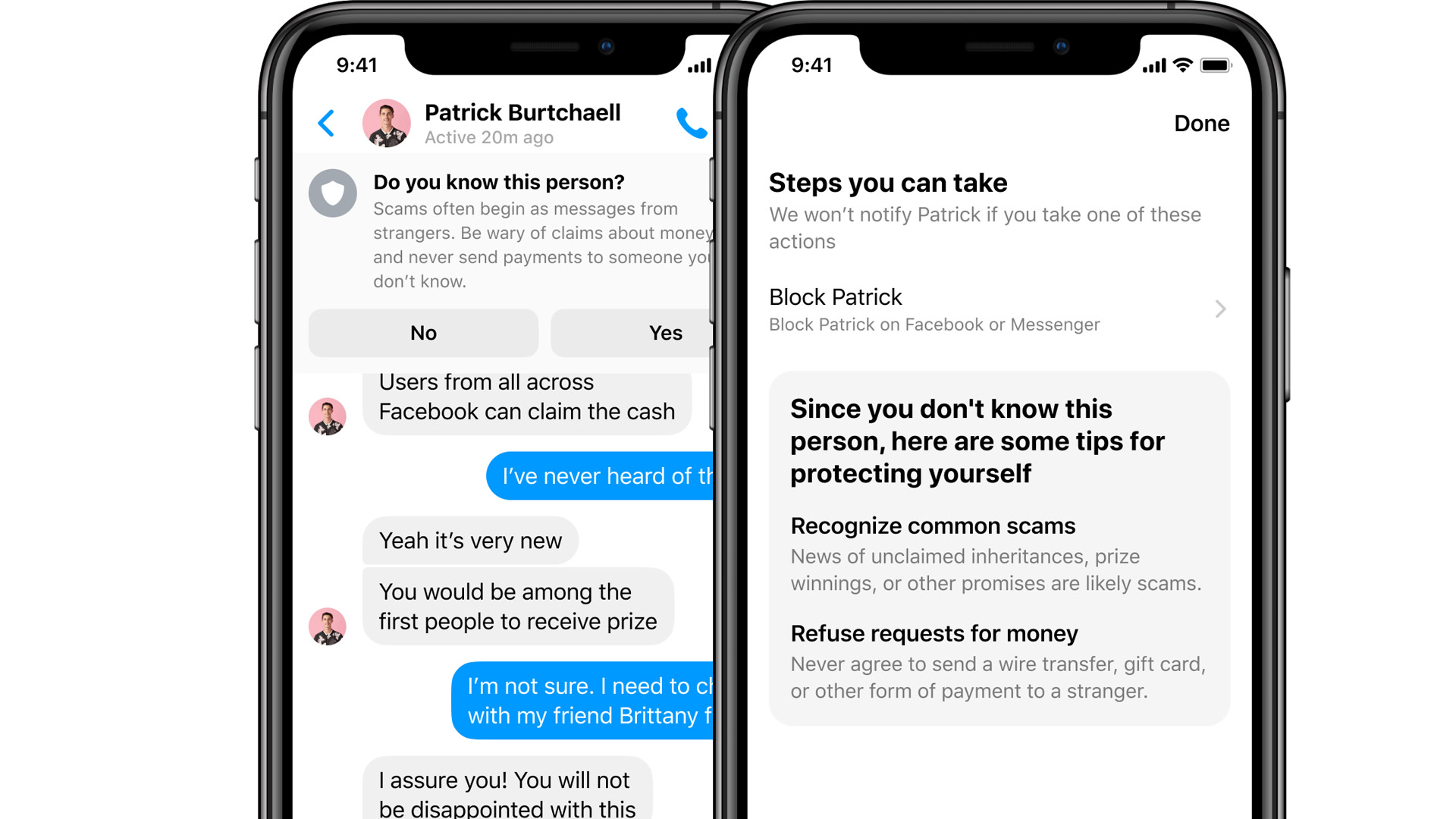 Facebook wants to make it harder for scammers to trick unsuspecting users. The social network is launching a new feature for Messenger that will surface an in-app popup when a person is messaged by someone who might be trying to scam them or otherwise send “potentially harmful” messages.

The app will look for potentially suspicious messages from strangers, with the goal of detecting potential scams, impersonation attempts and messages from adults targeting users under the age of 18.

For minors, Facebook will surface the warning when they receive a message from an adult they don’t know. The alert “educates people under the age of 18 to be cautious when interacting with an adult they may not know and empowers them to take action before responding to a message,” the company says.

Messenger will employ the same type of warning to root out potential scammers, warning users to “be wary of claims about money” when they receive a message from someone they aren’t already friends with. Similarly, the app will also look for messages that come from accounts that may be trying to impersonate a Facebook friend. When Messenger detects that this might be happening, it will warn users that the person they are messaging might be pretending to be someone they know.

Impersonation has long been a go-to trick for scammers, and a headache for Facebook, which has at times struggled to catch fakers, so the new messages could help prevent some of the app’s users from being duped. At the same time, fraudsters are constantly evolving their tricks to evade detection, so these kinds of messages likely won’t be as effective as banning problematic accounts altogether.

Detecting this type of behavior has become particularly important to Facebook, as it moves toward a future where messages are encrypted by default. Some safety advocates have criticized that plan, saying that it will only give Facebook less visibility into how bad actors exploit its service. Facebook says it “designed this safety feature to work with full encryption,” and notes that it’s powered by machine learning technology, which looks at users’ overall behavior rather than the contents of their messages.

In this article: Facebook, Facebook Messenger, internet, scams, Social media, news, gear
All products recommended by Engadget are selected by our editorial team, independent of our parent company. Some of our stories include affiliate links. If you buy something through one of these links, we may earn an affiliate commission.