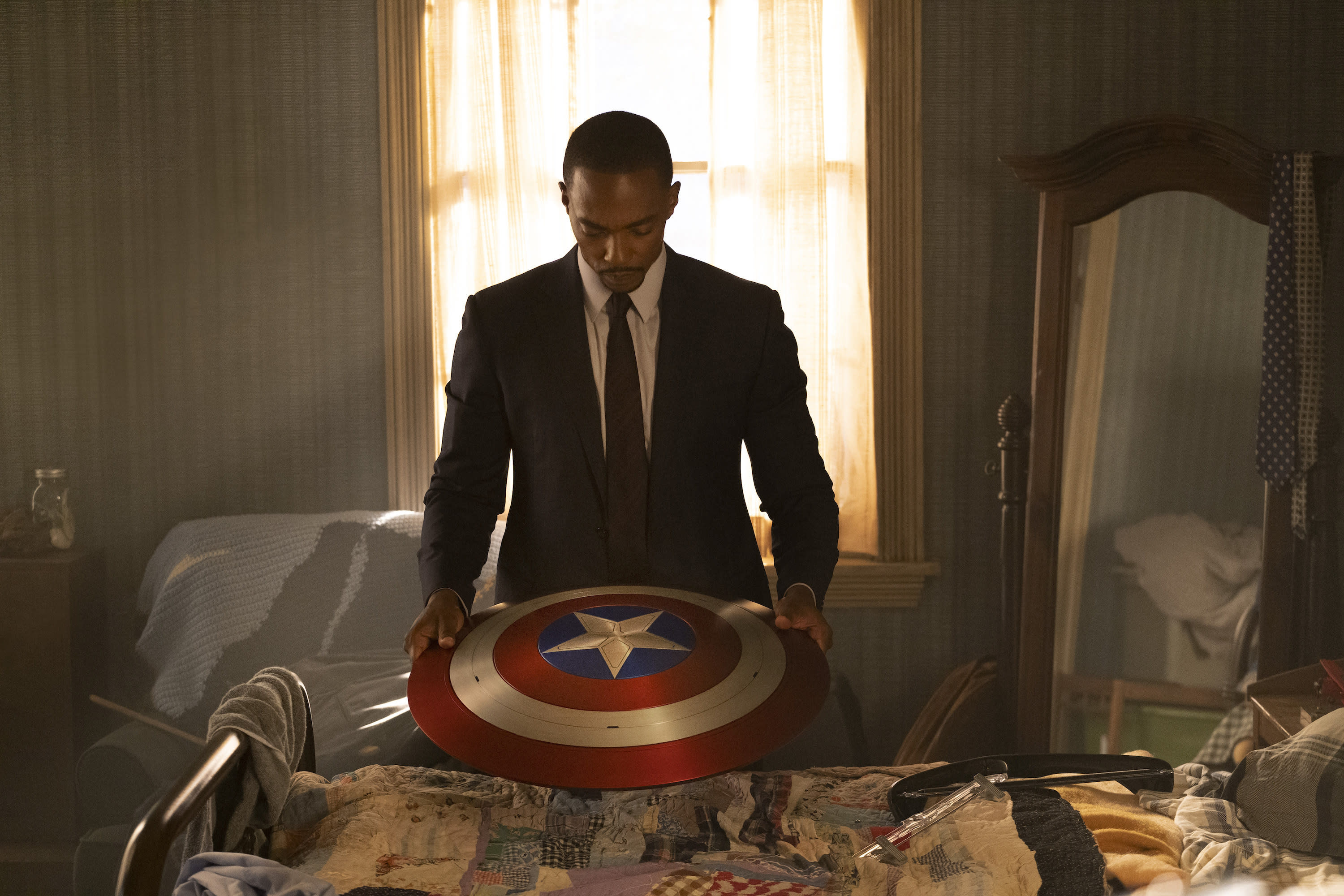 But not for the reasons you think.

The premiere episode of The Falcon and the Winter Soldier got off with a real bang, which should be a relief to anyone frustrated by the slow burn of WandaVision. There was an opening action scene, strongly reminiscent of the opening of the second Cap movie (you know, the one where Winter Soldier was introduced). There was some fun Bucky action, and even new character Joaquin Torres got to flex his skills a bit. It’s enough to make you ask, “Why wasn’t this the first Marvel Studios show on Disney+, instead of WandaVision?”

WandaVision is clearly the weirder, more experimental show, so it’s odd for that to be the first out of the gate, instead of something more traditional to get people used to seeing Marvel Studios on the small screen. Both shows are clearly a step up in budget and star power from previous MCU television, doing a good job of feeling like proper Marvel installments instead of also-rans. But it took WandaVision a while to get there, as it dabbled in sitcom conventions before finally resolving into the big splashy battle and setting up future releases.

Which is the basic reason WandaVision was scheduled for early 2021: Before COVID-19, the next Doctor Strange movie was scheduled for May of this year, and Wanda Maximoff is supposed to appear in it. That’s why there was so much buzz about Strange making a cameo on WandaVision (which he ultimately didn’t). Sure, Disney could have chosen to delay the series so it premiered closer to next year, but that would create a hole in the streaming schedule. And remember: Disney+ needs to keep rolling out new content week by week to keep people from cancelling their subscriptions.

But again, why not switch Falcon and Winter Soldier with WandaVision, and give the fans something a little more standard for the MCU before giving them the offbeat stuff? Why not push the latter show past Loki, too, so that the Marvel Studios shows get progressively weirder?

The simple answer is that filming for Falcon and the Winter Soldier was delayed, pushing the show back from its original slot in 2020. But there are also continuity issues at stake — WandaVision takes place only three weeks after the events of Avengers: Endgame, while Falcon and the Winter Soldier is clearly a much later setting, enough time for Sam and Bucky to go back to work (and therapy in the case of the latter). But at this point we don’t know how big the potential connection between the first three Marvel Studios shows will be. We do know that the two shows so far are at least, post-Blip, and that has a huge effect on how the characters in each show function.

In fact, that’s the biggest appeal of Falcon and the Winter Soldier to a lot of MCU fans: we finally get to see what the world looks like after Avengers: Endgame. The beginning of that movie showed us a universe ravaged by the loss of half its population, but we’ve seen barely anything of what happened after Tony Stark died. Spider-Man: Far From Home played it mostly for laughs, with any dramatic gravitas reserved for how Peter felt about having to take over for Tony (and clean up Stark’s messes).

WandaVision gave us some glimpses in flashback — what it actually looked like when people reappeared for instance — but for the most part we were cloistered inside Westview and the fantasy world that Wanda constructed. Falcon and the Winter Soldier takes us into the reality of a post-Blip world. Bucky got pardoned and he’s working on his mental health, Sam reunites with his family and can’t get a loan. It’s depressingly mundane, but also deeply satisfying since we’ve spent so long in this universe with these characters. We care about the small stuff, too.

In this manner Falcon and the Winter Soldier reminds me so much of Star Trek: Picard. Sure, it was nice to see Jean-Luc again, but one of the things that got me excited for that show was that the Star Trek universe was finally moving forward in time again after languishing in prequels and reboots for 15 years. The wait hasn’t been as long for the Marvel Cinematic Universe, but the resolution of Endgame left so many questions about the state of the world that I am so much more eager for the answers, and this new show seems more than willing to answer them.