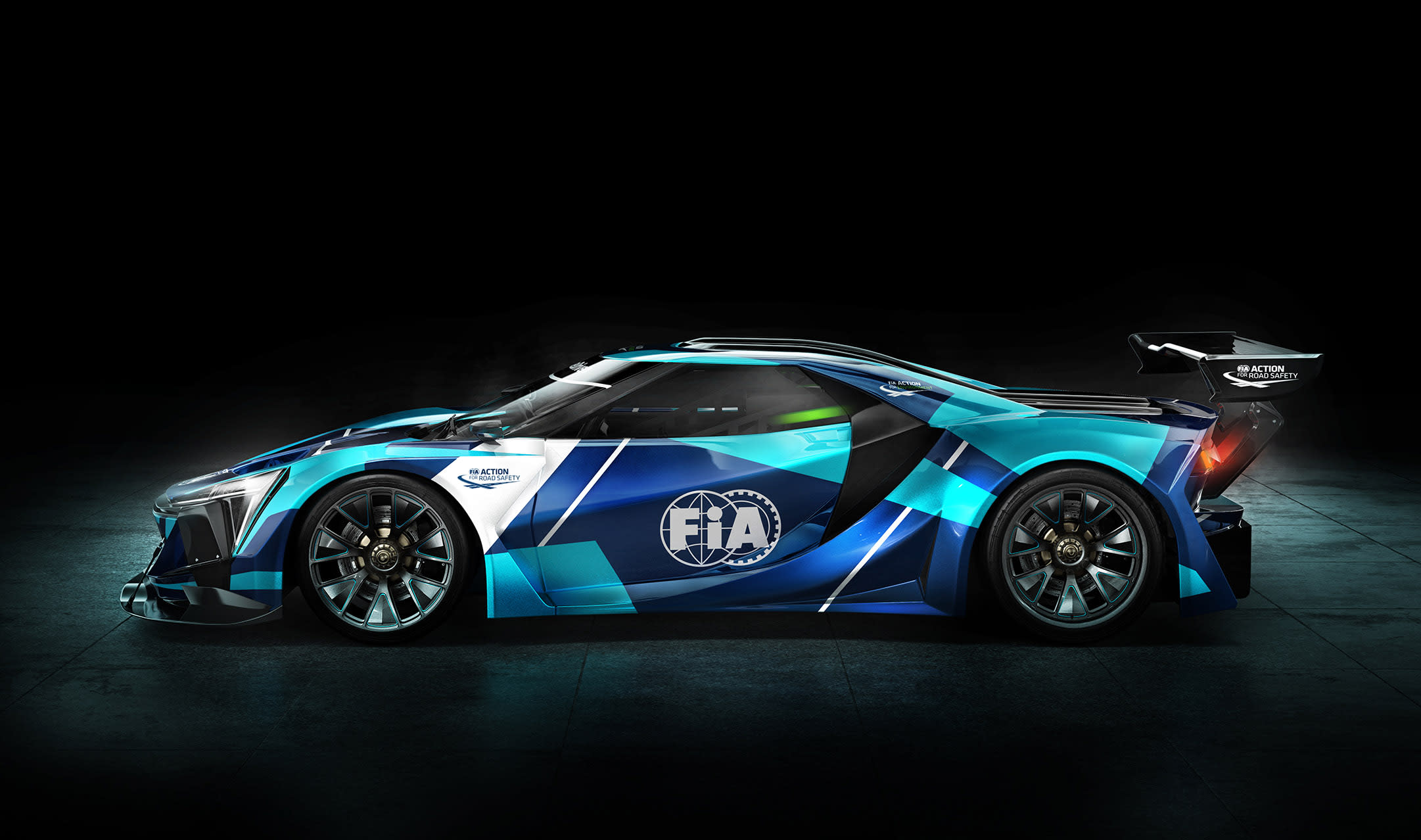 The aim is to use it as a "laboratory" for battery and fast-charging tech.

The FIA has unveiled a new electric GT motorsport category with the goal of pushing manufacturers to develop battery, charging and other tech for high-performance road cars. The vehicles will top out at 430 kW (577 horsepower) and use 87 kWh batteries with 700 kW charging and regen tech. That will let them regain 60 percent of their capacity "within a few minutes during a mid-race pit stop," according to the FIA.

The electric GT category will be roughly equivalent to GT3 racing in terms of the performance envelope and speeds (500 horsepower and around 200 MPH). However, the FIA (which governs Formula 1 as well as Formula E) said that electric GT cars "will exceed their combustion engine-powered counterparts in areas such as acceleration and qualifying pace."

Manufacturers will be involved in the development of Electric GT cars, but the FIA is also using common parts to reduce cost escalation. To that end, OEMs can create their own battery layouts, but the lithium-ion pouch cells will be provided by Saft, a battery firm owned by the petroleum giant Total.

Another way that the FIA plans to keep costs under control is by allowing manufacturers to adapt GT3 internal-combustion engine platforms. "Manufacturers already committed to the GT3 class... will be able to utilize the architecture and certain design elements of their existing cars and convert them to electric power," according to the FIA.

GT3 cars are often adapted from street-legal cars like the Porsche GT3, and include ginormous rear wings and other aero tweaks to keep that power glued to the road. The electric GT cars will share those characteristics, judging from images released by the FIA. Other specs include up to four electric motors, rear- or four-wheel drive and estimated 0-62 MPH times of around 2.4 seconds.