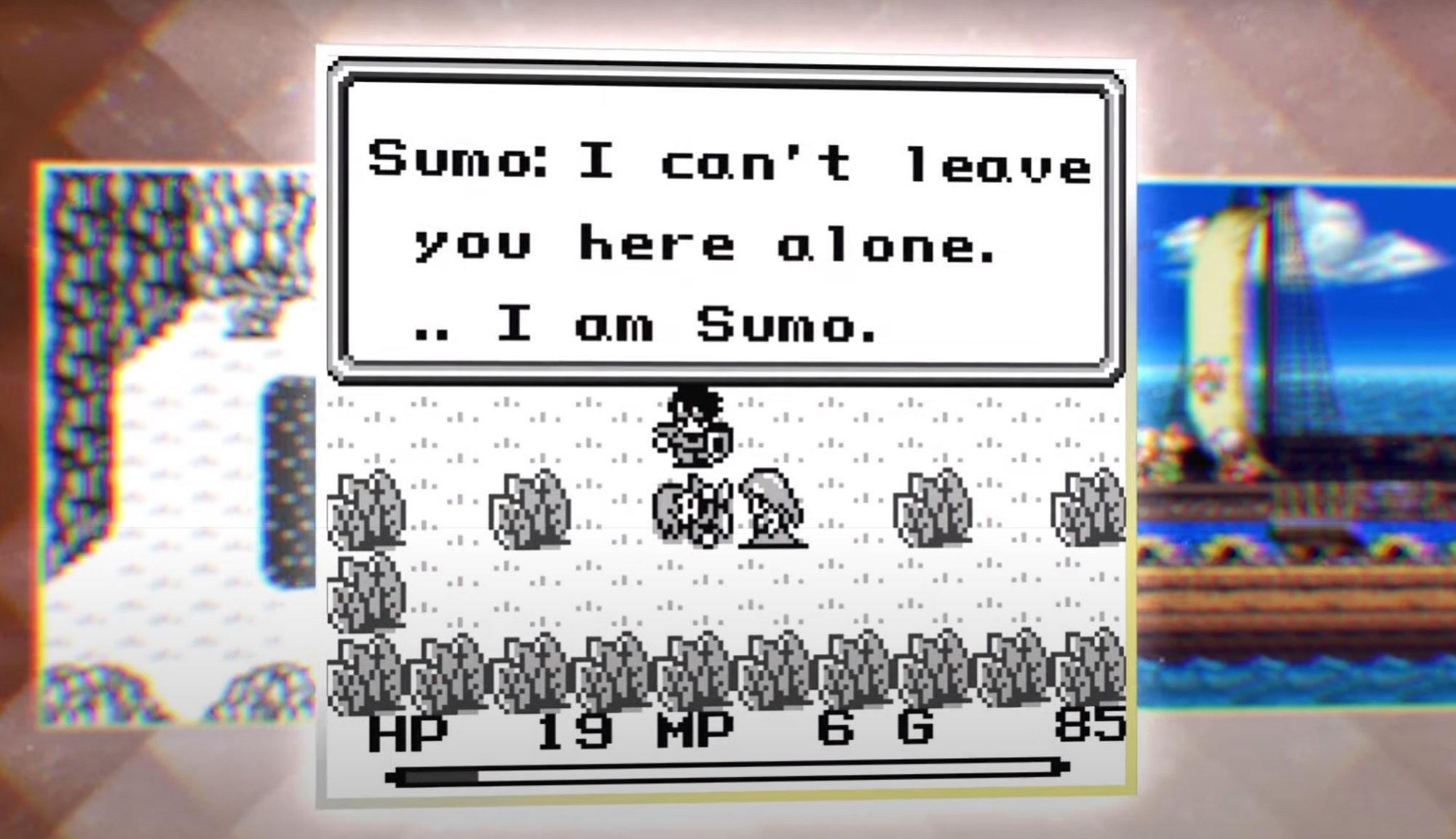 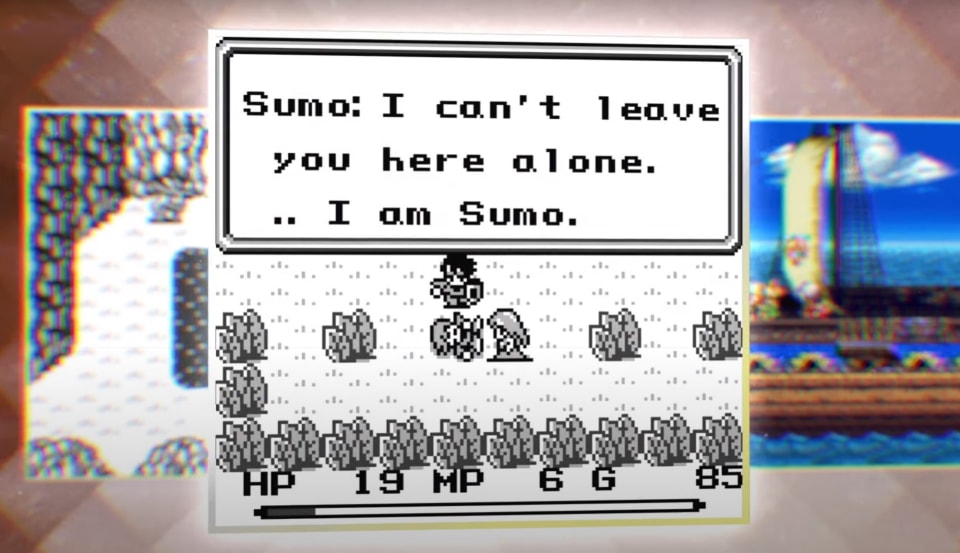 When I play older games, I usually prefer to do so with the original cartridge and on original hardware. (I still have all of my 8- and 16-bit consoles, the Japanese equivalents of each, as well as a few CRTs to play them on.) There are a few situations, though, when playing on a more modern system is warranted. For example, I’d rather play an RPG on a console I know is going to keep my progress safe, since cartridge batteries can be iffy. Or, if Japanese company M2 -- which handled the Sega Ages series and the games on the Sega Genesis Mini -- is involved in a port, I can be reasonably sure that a title has been lovingly and thoroughly recreated.

As a young and foolish boy in the mid ‘90s, I ventured to what was then the only Best Buy in the Boston area. I held Final Fantasy Adventure in one hand and Final Fantasy Legend in the other. I made the wrong choice and bought the latter. 25 years later and I still hadn’t gotten around to playing Adventure, despite my love for Secret of Mana. But once Collection of Mana came out, I knew it was time. I’ve spent the last month putting about 15 hours into Final Fantasy Adventure, and I’m kicking myself for waiting so long.

Final Fantasy Adventure was originally released in Japan as Seiken Densetsu: Final Fantasy Gaiden on the Game Boy. The 1991 title didn’t take the typical turn-based RPG approach like the games in the main Final Fantasy series. Rather, it had more of an action / adventure feel -- somewhat similar to The Legend of Zelda -- while leaving in some vestigial RPG elements. Though combat takes place in real time, stats like your character’s experience level, HP and MP play important roles, and magic spells can be powerful alternatives to melee attacks or curative items.

One facet of gameplay that sets the Seiken Densetsu series apart is its use of a stamina bar. The gauge fills slowly, and its level is directly proportional to your attack power. As soon as you hit the attack button, the gauge resets to zero, so it’s not wise to spam sword swings -- you’ll end up giving your enemy several papercuts rather than a broken bone. If you have enough patience to let the stamina bar fill completely, you’ll be rewarded with a special move for your next attack. These are more powerful and have a longer range, so if your whip doesn’t reach across the river to a pole, for example, you can use a special move to extend the whip, hit the pole, and pull yourself across the river to explore a new area.

Using such an early example of this mechanic is interesting, not just because it would be put to use again in Secret of Mana, but because it’s still used today. Games like Dark Souls take a nearly identical approach to make melee attacks more realistic and imbue games with more strategy -- should you take a swing at the enemy while you have a good shot, or should you wait until your stamina bar is full and make it really count?

While the Seiken Densetsu series is a close cousin to Final Fantasy, they aren’t one and the same. That said, it’s fun to see remnants of Square’s breakout RPG. You’ll ride a chocobo and enemies will turn you into a helpless moogle. To be honest, Final Fantasy Adventure has aged much better than the 8-bit Final Fantasy. I was surprised by how fluid -- and almost modern -- the game is. Levelling up is a fast and easy process, there are tons of different weapons to collect, and they don’t just affect your stats -- they also change your attack style and grant useful abilities like crossing gaps or breaking down walls. You’ll be joined occasionally by friends, which are surprisingly smart, though they can get in the way of solving some puzzles. Early RPGs can sometimes feel like a chore to play, but Final Fantasy Adventure is a pleasure.

I only faced a few frustrations with the game. I did occasionally get lost (the in-game map is useless) which was a waste of time. I also needed to exit dungeons after running out of supplies a few times (enemies don’t drop useful items too often). Luckily, the game isn’t so brutal as to make backtracking a huge risk of losing your progress. Item management can be painful, too. You’ll need to carry around plenty of items, especially early in the game when you don’t have healing spells or a weapon that can break walls, and knowing which ones you’ll need isn’t very clear.

I was also a little disappointed with the game’s music, though it may be silly to expect a complex and moving soundtrack from a Game Boy title. Secret of Mana had one of the best soundtracks on the Super Nintendo -- if not one of the best video game soundtracks of all time. Composed by Hiroki Kikuta, the score is a strange mix between game music, pop music and Balinese gamelan. Even its more lighthearted songs feel slightly ominous and off-kilter, and the rich samples make the SNES' sound chip -- which was designed and produced by Sony, despite the two companies' falling out -- really shine. No such luck for Final Fantasy Adventure, which has your typical bleep-bloop Game Boy tunes.

After finally playing Final Fantasy Adventure, I’m comfortable with saying that it’s probably one of the best Game Boy titles, and could be one of the best 8-bit RPGs. It’s up there with Phantasy Star and Pokémon Red & Blue. Without having played the original Game Boy cart, I can’t say if M2 did a perfect job in porting the game, but I certainly didn’t notice any technical issues.

With Final Fantasy Adventure conquered, I’m looking forward to playing Seiken Densetsu 3, or Trials of Mana, as Square-Enix now calls it. I own a Seiken Densetsu 3 Super Famicom cart with the fan translation burned to the ROM, but I never got around to playing it. (Such is the fate of a vintage game hoarder.) Now that we finally have access to an official translation -- 25 years after the game’s release in Japan -- I’ll definitely be playing on the Switch instead.

In this article: Final Fantasy Adventure, RPGs, thebuyersguide, newirl, Secret of Mana, Game Boy, Collection of Mana, gamingirl, news, gaming
All products recommended by Engadget are selected by our editorial team, independent of our parent company. Some of our stories include affiliate links. If you buy something through one of these links, we may earn an affiliate commission.