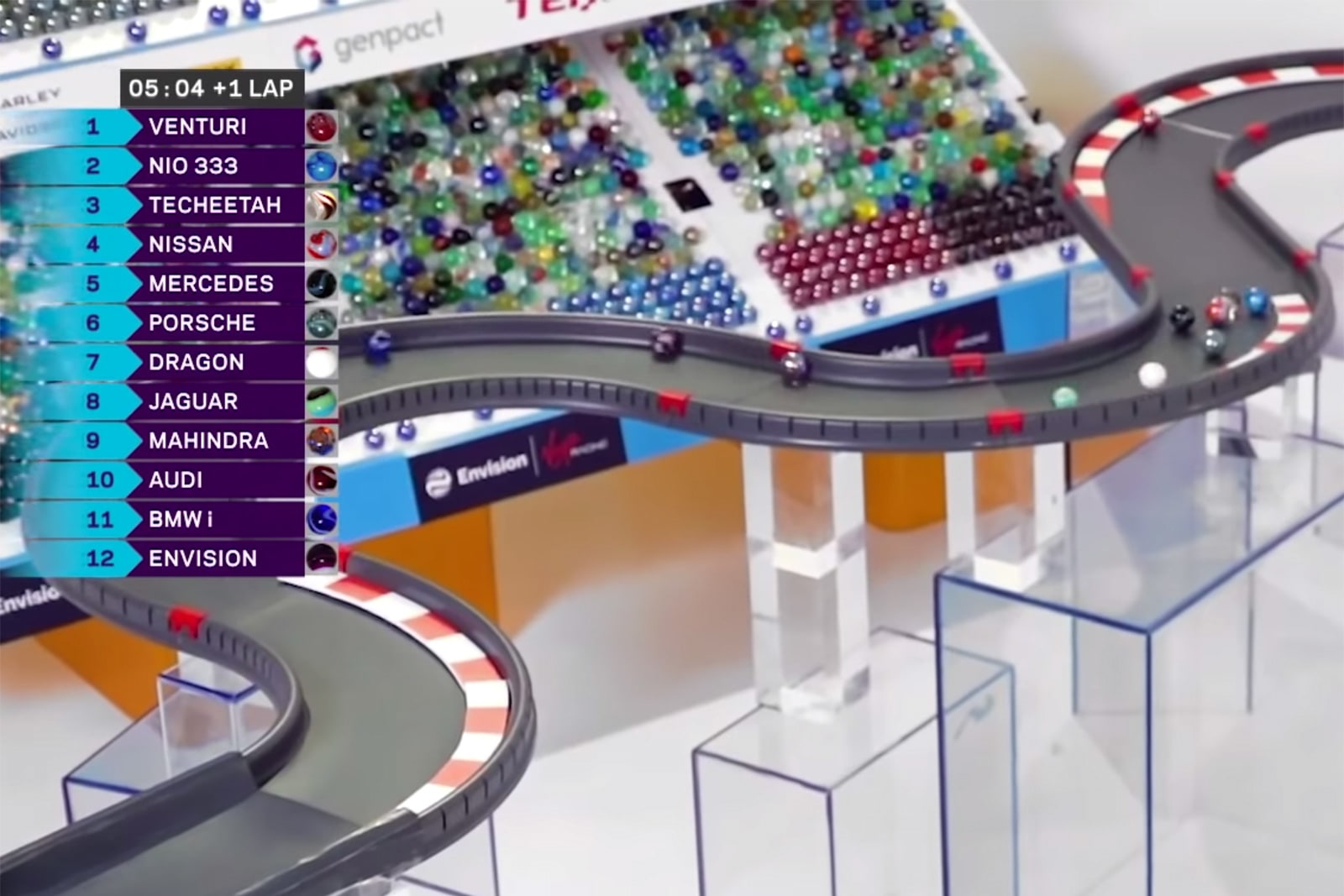 Formula E is delivering more than realistic race simulations to fill the gap in broadcasts left by the temporary shutdown of conventional sports. The Envision Virgin Racing team has teamed up with Jelle’s Marble Runs, the YouTube channel of Marbleympics fame, to start a “Marbula E” series. Each race pits marbles (named after real teams) against each other on scale versions of real tracks, complete with qualifying laps, grandstands and even commentary from Formula E’s Jack Nicholls.

The marble races will go online at the same time as their vehicular counterparts were scheduled, and the first is already in the bag — you can watch the Paris “M Prix” right now. It’s much shorter than regular Formula E (or even the simulated kind), and Envision Virgin Racing’s Sylvan Filippi noted that you won’t find features like FanBoost, for obvious reasons. Still, there’s a surprising amount of drama for a bunch of rolling rocks — and it’s definitely zero-emissions.

In this article: formula e, Envision Virgin Racing, Jelle's Marble Races, marbles, racing, internet, video, motorsport, news, entertainment, gear
All products recommended by Engadget are selected by our editorial team, independent of our parent company. Some of our stories include affiliate links. If you buy something through one of these links, we may earn an affiliate commission.