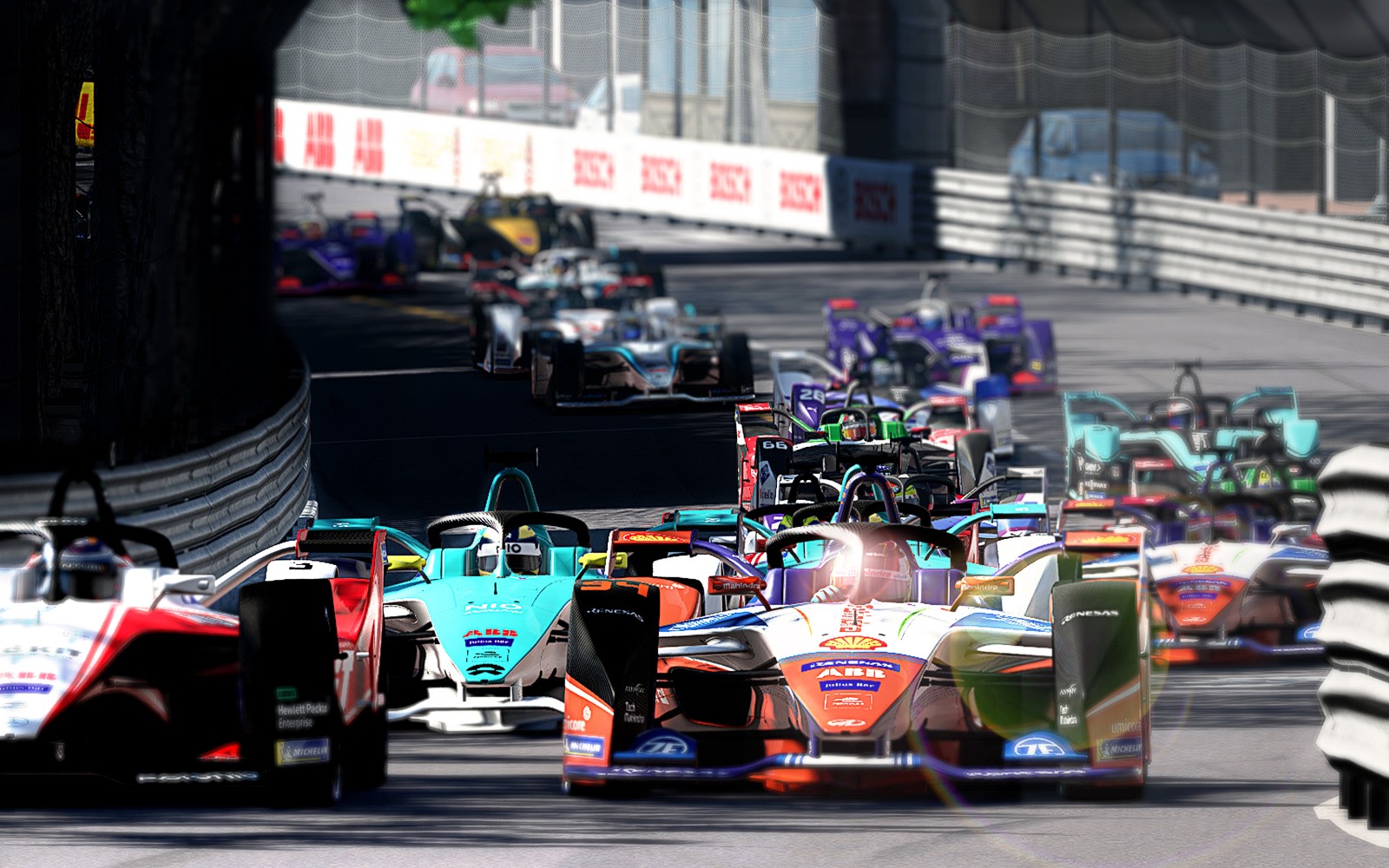 Much like their counterparts in more traditional motorsports, Formula E drivers will compete online to try and make up for a season put on hold thanks to the coronavirus outbreak. Starting this Saturday, you'll be able to watch all 12 official teams and 24 drivers take part in the ABB Formula E Race at Home Challenge.

The nine-week competition will see the pros race against one another using rFactor 2. While they'll be playing remotely, the drivers will have access to Playseat simulators, as well as wheels and pedals from Fanatec (see both in the image below). ASUS will also provide them with gaming PCs, monitors and headphones.

After the preliminary test event on Saturday, the drivers will compete for points. Formula E plans to use a race royale format where the last place driver at the end of each lap is eliminated. After only 10 individuals are left on the track, they'll have one lap to race to the finish line and earn as many points as possible. Double points will be on the line at the final race of the season, with the grand final taking place on June 13th.

Alongside the main event, they'll be secondary races featuring gamers and influencers. Players will have to earn a spot in one of the weekend races by completing a top 18 time during the week of the event. When things settle down, the eventual winner of the second grid will get the chance to drive on a Formula E track during a race weekend.

Like the MLB with its online tournament, the entire event is for a good cause, with donations going to UNICEF to help children in need. You'll be able to watch the entire competition on YouTube, Twitch, Facebook and Twitter. Starting on April 25th, Formula E's broadcast partners will also begin airing the races as well.

In this article: rfactor 2, formula e, personal computing, video games, esports, transportation, electric vehicle, news, gaming, entertainment
All products recommended by Engadget are selected by our editorial team, independent of our parent company. Some of our stories include affiliate links. If you buy something through one of these links, we may earn an affiliate commission.