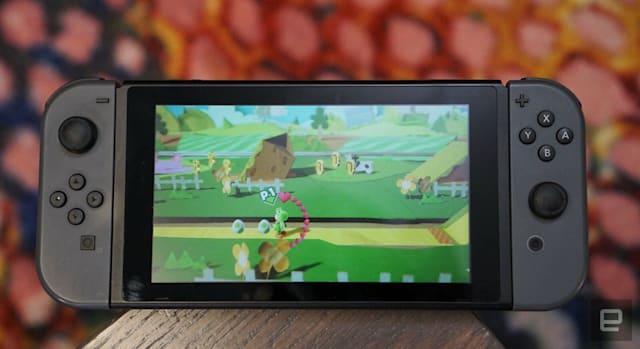 Gamevice, maker of detachable controllers for smartphones and tablets, lost its years-long patent feud against Nintendo last month. That hasn’t stopped the company from continuing to sue the Japanese gaming giant, though. Gamevice petitioned the US International Trade Commission to launch an investigation into the Switch due to patent infringement, and the ITC has decided to move forward with an evidentiary hearing. Gamevice’s filing requests that the ITC issues a limited exclusion order and a cease and desist order against the Switch.

The fact that the International Trade Commission is moving forward with Gamevice’s complaint is surprising, since the US Patent and Trademark Office ruled in March that Gamevice’s controllers are “unpatentable.” The company has asserted for over two years that the Switch’s JoyCon controllers are too similar to its own detachable smartphone and tablet gamepads, though these use a vise-like strap, as opposed to the Switch’s snap-in rails. While the controllers of the Switch and the Gamevice may look similar, the underlying technology isn’t. The fact that the ITC is moving forward with Gamevice’s complaint, though, could mean the group sees some merit in the company’s complaint.

In this article: games, console games, console gaming, nintendo, lawsuits, gamevice, joycon, international trade commission, itc, news, gaming
All products recommended by Engadget are selected by our editorial team, independent of our parent company. Some of our stories include affiliate links. If you buy something through one of these links, we may earn an affiliate commission.