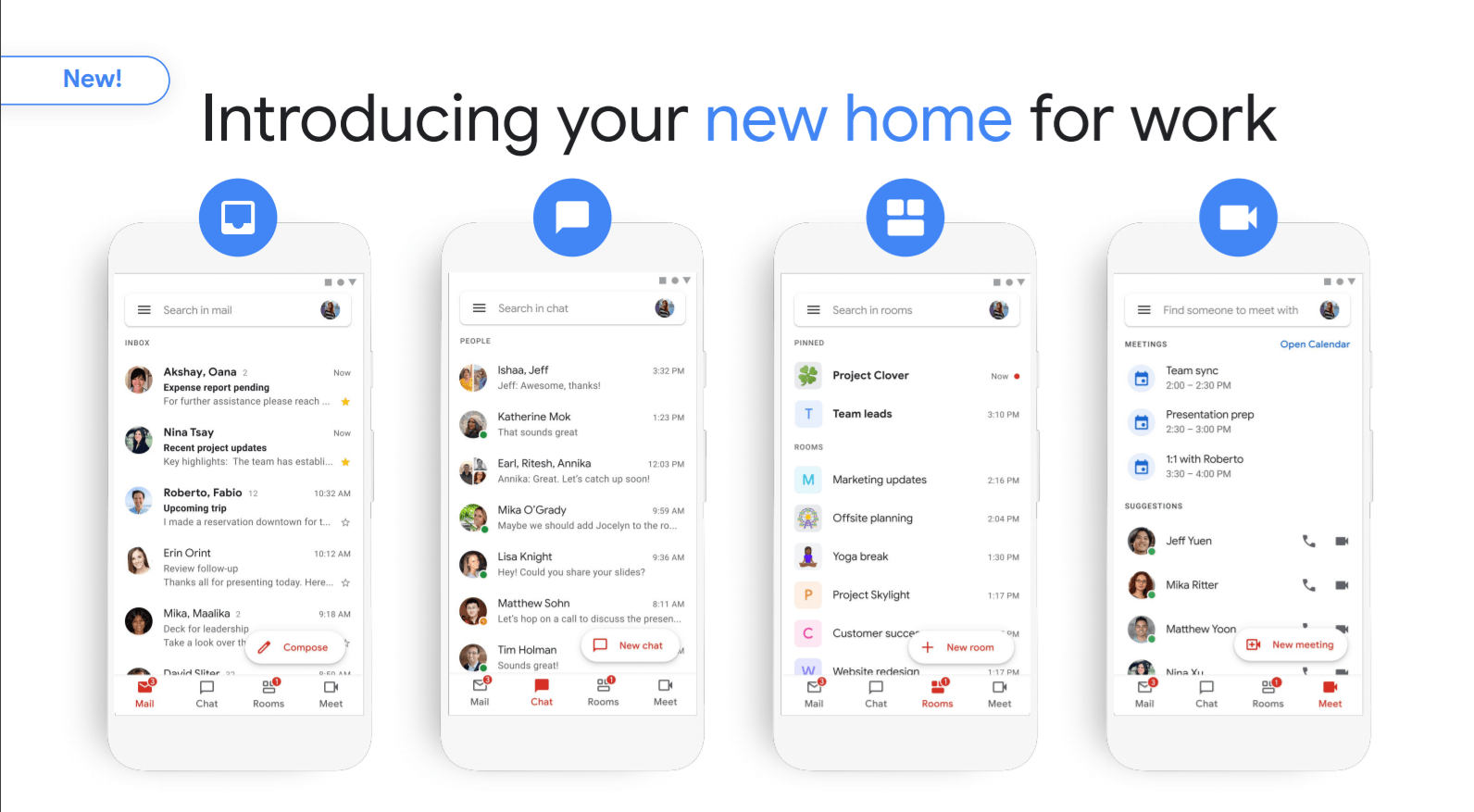 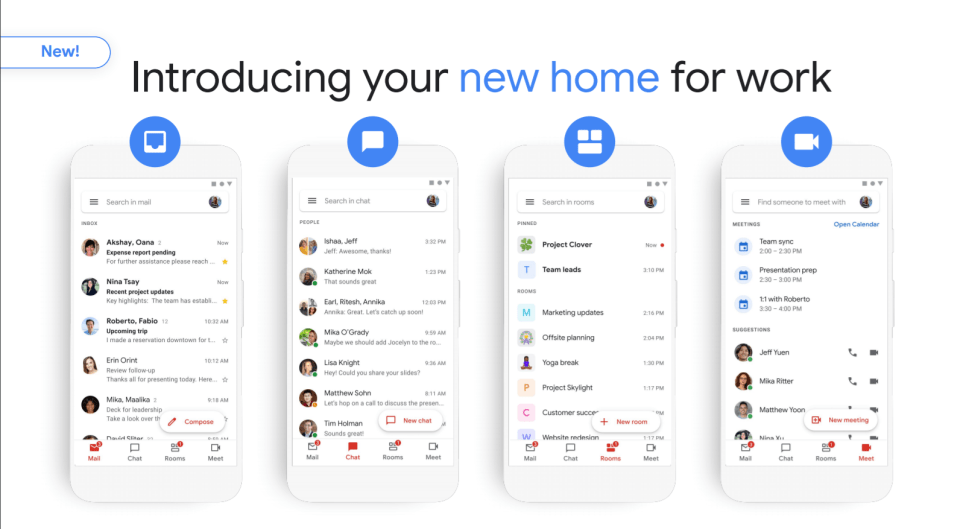 Google’s major productivity theme this year seems to be consolidation. Last month, we learned it would be integrating Meet video chats into Gmail. But the company is apparently going even further for corporate users, Android Police reports. Developer Tahin Rahman came across photos from Google Cloud Next, the company’s current online event, which reveal that Google Chat, Docs, Rooms and Meet will get integrated into Gmail for Gsuite users. Update: Google confirmed the news in a GSuite blog post.

It makes a lot of sense for Google to focus on Gmail as the lynchpin of its workplace collaboration suite. It’s the first thing many workers open up, and it’s a central location they return to every day. The screenshots show a simplified interface for moving between the different services: On iOS and Android, you’ll get four icons at the bottom of the screen, while on the web they’ll appear in Gmail’s left menu. Chat will let you have on-on-one conversations with colleagues, Rooms is Google’s solution for Slack-esque group chats, Meet, of course, is where you’ll go for video chats.

We’ve seen Google tackle business productivity in fits and starts over the years. Gsuite brings together the web apps consumers already use, but they’ve typically been siloed into their own screens. You have to go to another site to work on a document linked from a Gmail message, and open up yet another tab to have a video chat with a colleague. Judging from the screenshots, business users will be able to collaborate on a document, video chat and receive messages from others all in the same interface.

Rahman also notes some major upcoming features for Meet, many of which are catching up to other video chat services. You’ll be able to blur and change your background, track meeting attendance, and raise your hand to control the flow of conversation. Even Google is racing to keep up with Zoom, it seems.

This is ultimately how the company could take on Slack and Microsoft Teams, two work collaboration platforms that have grown quickly by integrating several different capabilities into one app. But while those services center on chatting with colleagues, Google is making email its main focus. Given how focused this redesign seems to be on enterprise users, Google likely won’t follow the same path for consumers. But I wouldn’t be surprised if it starts integrating other offerings into Gmail alongside Meet.

In this article: Google Chat, Google Meet, Gmail, Gsuite, Google Rooms, news, gear
All products recommended by Engadget are selected by our editorial team, independent of our parent company. Some of our stories include affiliate links. If you buy something through one of these links, we may earn an affiliate commission.