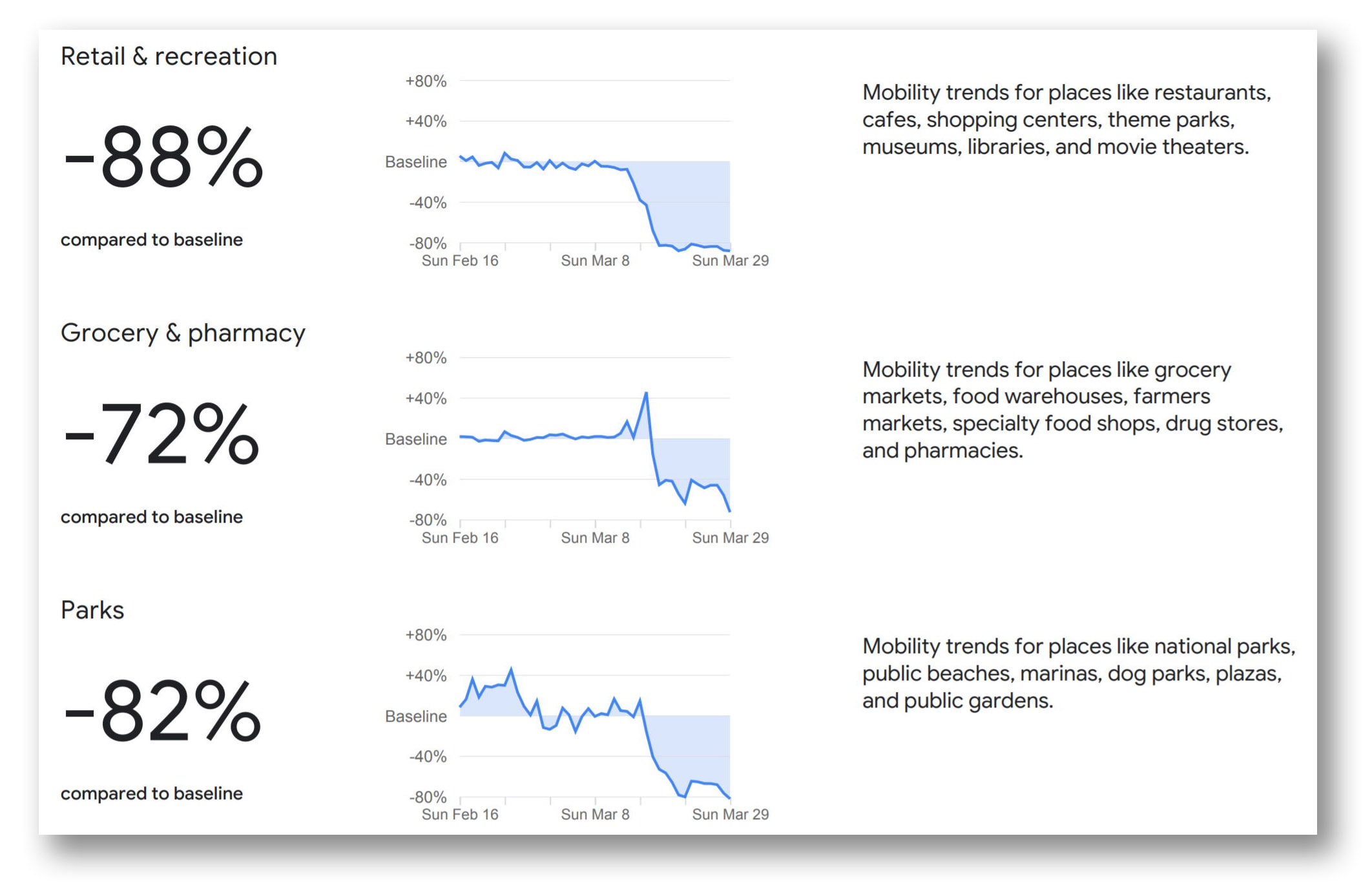 Google has unveiled the COVID-19 Community Mobility Reports in an effort to help public health officials understand how people are moving about in response to the coronavirus pandemic. The reports show location data from folks who have agreed to share their location history with Google in order to show places that are following instructions to shelter in place -- or not.

"As global communities respond to the COVID-19 pandemic, there has been an increasing emphasis on public health strategies, like social distancing measures, to slow the rate of transmission," wrote Google Geo SVP Jen Fitzpatrick. "In Google Maps, we use aggregated, anonymized data showing how busy certain types of places are—helping identify when a local business tends to be the most crowded. We have heard from public health officials that this same type of aggregated, anonymized data could be helpful as they make critical decisions to combat COVID-19."

The reports are available to all users in 131 countries, and in some regions, you can search for regional state and county data. Once a region is selected, Google will generate the report in a PDF form that's easy to share with workers in the field, the company said.

Here in France, as shown in the post’s lead image, there has been a massive decline in movement to most categories -- up to 88 percent -- with a 56 percent drop in workplace travel and an 18 percent increase in people staying at home. That's down to a government mandated lockdown (confinement) that prohibits any unnecessary travel, with penalties ranging from fines up to 1,500 euros and even prison time for extreme recidivists.

In California, which has implemented some of the strictest confinement rules in the US, we see a drop of just 50 percent in retail and recreation zones. Those rules are still essentially self-enforced, however, which could explain why France has started flattening its infection curve, while the US curve is a rocket ship traveling straight up.

Other mobile ad companies are also sharing similar data with the Centers for Disease Control and Prevention (CDC), according to the WSJ. However, Google has access to massive amounts of anonymized location data, and reportedly created the reports to help public health officials prioritize regions based on need.

Location tracking has been used by nations like Korea and Taiwan to track movements of quarantined and healthy citizens. However, such actions are of limited use alone. Those countries have also been testing a high percentage of their populations and implementing stricter social distancing rules as well.

On top of the reports, Google said its also collaborating with epidemiologists to created an updated dataset of anonymized aggregated data, "to better understand and forecast the pandemic," the company said.

In this article: location tracking, Social distancing, Google, smartphones, coronavirus, COVID-19, Google Maps, news, gear
All products recommended by Engadget are selected by our editorial team, independent of our parent company. Some of our stories include affiliate links. If you buy something through one of these links, we may earn an affiliate commission.