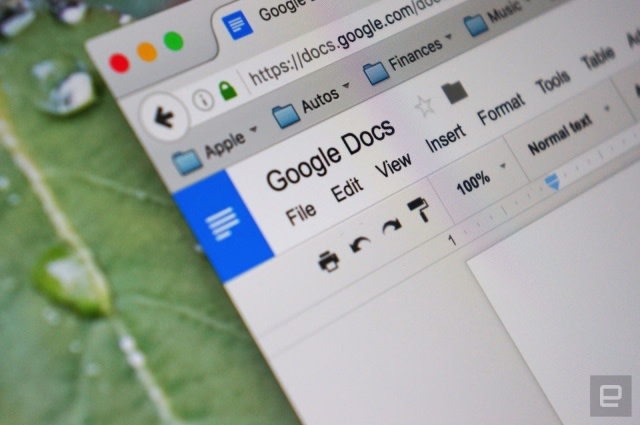 Over the past few years, Google has been using its expertise in machine learning and artificial intelligence to help English speakers write better. It's now doing the same for those who write in Spanish.

Starting today, Google Docs will make grammar suggestions in both English and Spanish without the help of a third-party extension like Grammarly. The app will also automatically detect when you switch between the two languages and provide you with relevant suggestions in each. As before, the feature will use machine translation to spot everything from an incorrect word choice to more advanced issues.

Sometime later in the year, Google says Smart Compose will also work in Spanish. The company first introduced the feature in Gmail before bringing it to Docs last year. The tool suggests how to complete a sentence based on what you've already written. It can also cut back on spelling and grammatical errors, as well as repetitive wording. Similarly, Google plans to make its spelling autocorrect feature work with Spanish as well. As you might have guessed, the tool detects misspelled words as you type, but it also takes advantage of Google Search to learn words as they enter widespread usage.

You won't be able to access Spanish language grammar suggestions through your personal Google account yet; the company says it's rolling out the feature to G Suite users first. However, Google plans a broader rollout later in the year.

In this article: google, google docs, personal computing, internet, writing, autocomplete, grammar, gsuite, productivity, news, gear
All products recommended by Engadget are selected by our editorial team, independent of our parent company. Some of our stories include affiliate links. If you buy something through one of these links, we may earn an affiliate commission.