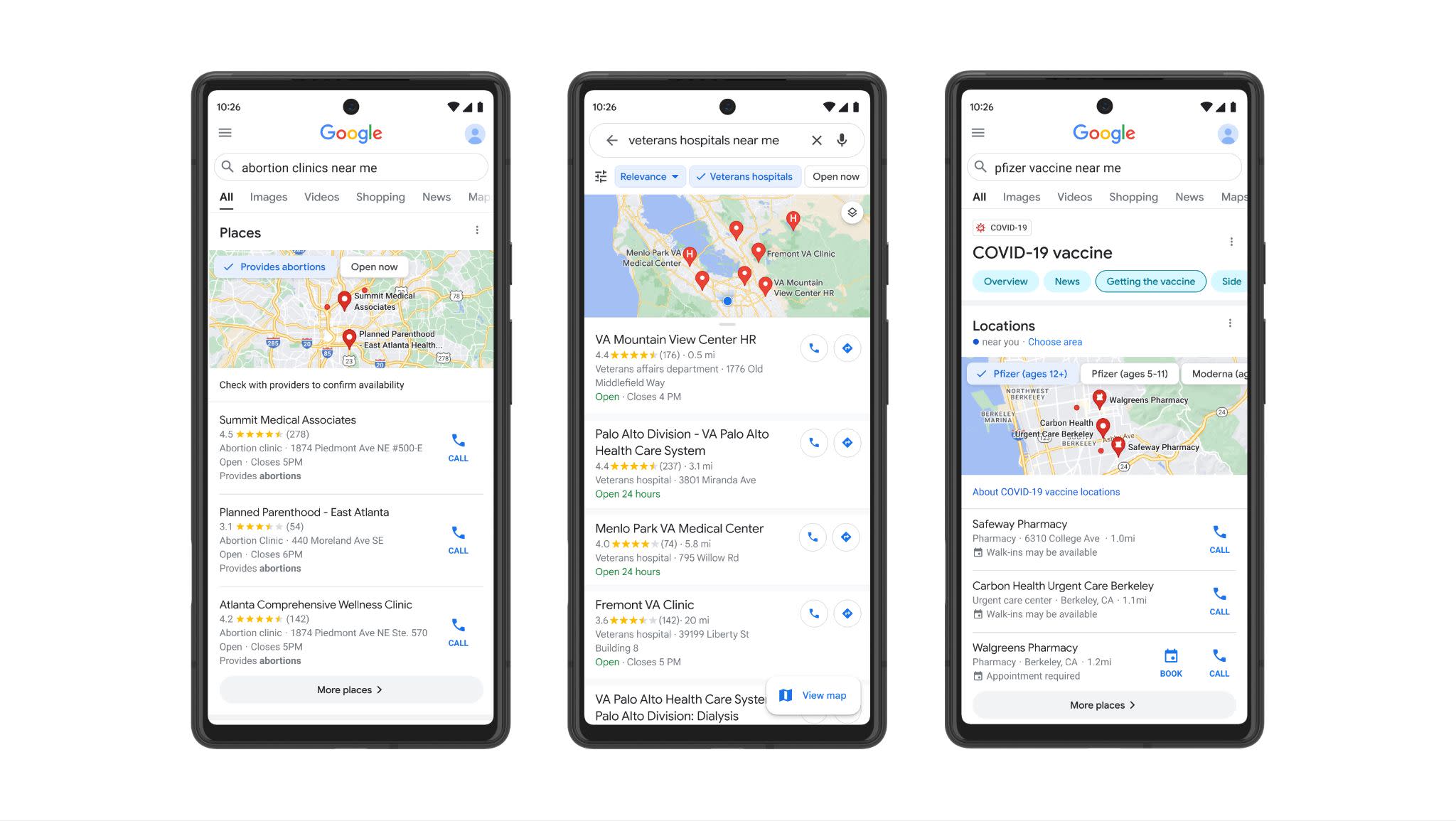 In the wake of Roe v. Wade being overturned, Google announced that it is making it easier to use its Maps and Search products to find medical providers that offer abortions. When someone searches for specific services and Google has confirmation that a location provides those services, it'll be clearly labeled in Search and Maps. For example, Google notes that it already does this when you search for EV charging stations or a specific COVID-19 vaccine brand, and now it'll do so for veterans hospitals and healthcare facilities that provide abortions. As you can see in the above image, searching for "abortion clinics near me" will bring up a list of locations that Google has confirmed provide abortion services.

While Google isn't coming right out and saying it, this seems to be an effort to avoid sending people who are searching for medical care to so-called "abortion crisis centers" or anti-abortion centers. For locations that Google doesn't have confirmation for, it'll instead say "might not provide abortions," which serves as a passive but still significant red flag for anyone looking for treatment. In 2018, the Supreme Court ruled that anti-abortion centers couldn't be forced to acknowledge abortion as an option, something that outsources that work to private companies like Google.

Earlier this week, Yelp announced it would take a similar but more definitive step by adding warning labels to anti-abortion centers; these warnings note that such facilities "may not have licensed medical professionals on site." Google says its update has been in the works for months, but it comes at a time where employees have said the company needs to do more to project both users and its contract workers in a post-Roe world.

The fact that Google is getting confirmation from centers that provide abortions should make both Search and Maps results more useful. A Google spokesperson said that "we get confirmation that places provide a particular service in a number of ways, including regularly calling businesses directly and working with authoritative data sources." So users should be able to trust that medical centers that are labeled as providing abortions do in fact offer the service. Google is also making it easy to expand your search if you don't find relevant results nearby with a "search farther away" prompt, another tool that can help people looking for abortion services where clinics are rare.

Google says these changes will start rolling out today, though they won't immediately be visible to all Google users until a bit later.