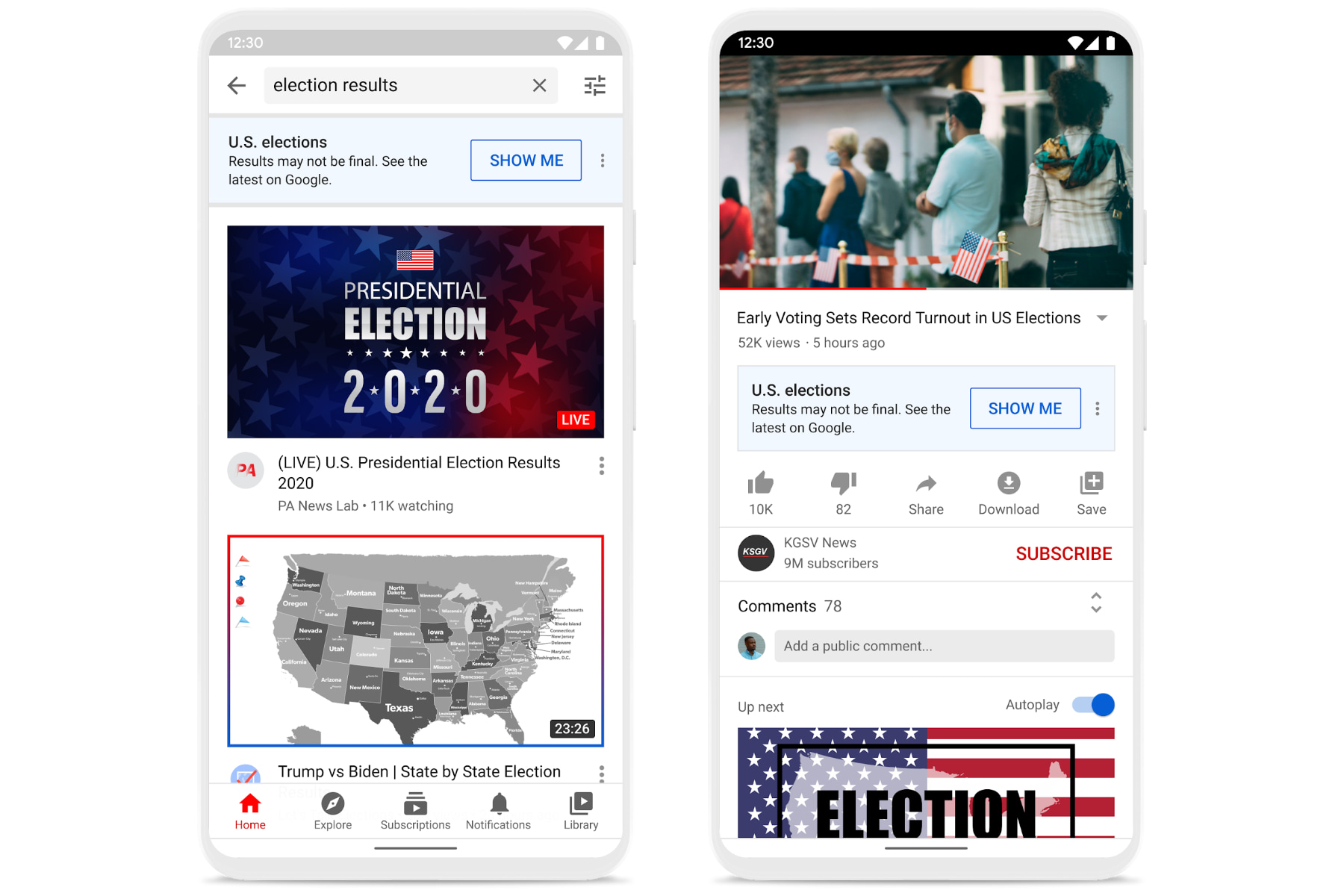 Google knows that many people will be using YouTube to keep up with the US election on November 3rd. Many politicians use the platform to communicate with voters, and some news organizations will likely livestream round-the-clock coverage. Keeping up with Election Day can be difficult, though, so YouTube is preparing a small but useful information panel that will appear at the top of search results and election-centric videos. It will remind users that “results may not be final” and, using a massive ‘SHOW ME’ button, point them toward a Google-run election hub.

It’s not the first time that YouTube has used this feature. Back in March 2019, the Google-owned operation added an alert that appeared alongside controversial search queries. If someone had typed ‘virus in paracetamol,’ for instance, YouTube would throw up a small card that details the hoax and, more importantly, a trustworthy assessment from a fact-checking partner such as The Quint. It was launched in India but has since expanded to other countries including the US. Last month, YouTube also introduced some panels that appear alongside election-related queries — such as how to vote, and how to register to vote in your state — and link to information by authoritative sources such as the Bipartisan Policy Center think tank.

In a blog post, YouTube explained many of the other ways it will be fighting misinformation on Election Day. Most of them aren’t new — the company has been working to elevate authoritative news sources and remove deceptive content for some time now — and it’s unlikely that YouTube will be able to stamp out misinformation completely. Still, it’s nice to know the company is actively thinking about and preparing for November 3rd.

In this article: youtube, election, elections, US election, politics, misinformation, news, tomorrow
All products recommended by Engadget are selected by our editorial team, independent of our parent company. Some of our stories include affiliate links. If you buy something through one of these links, we may earn an affiliate commission.