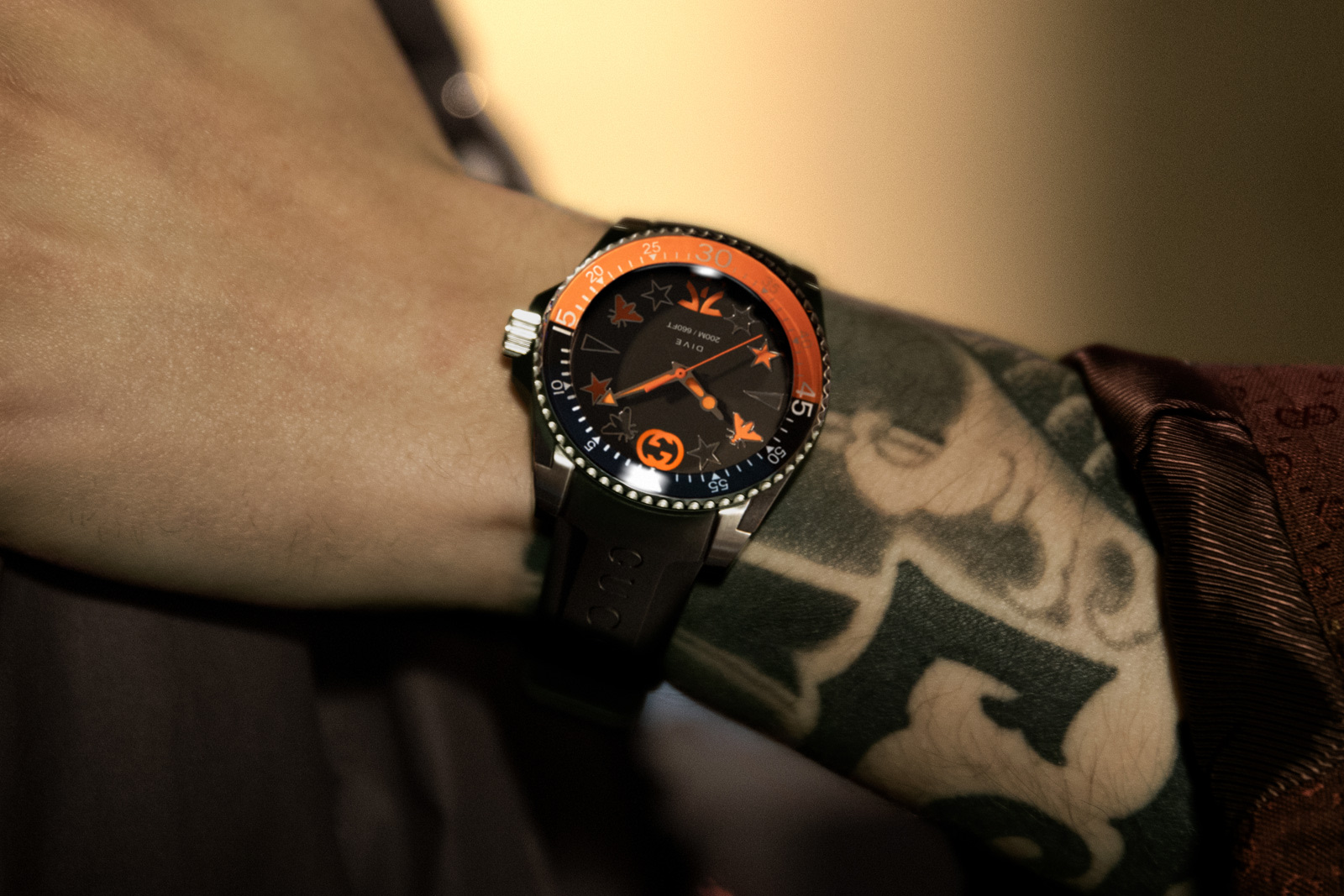 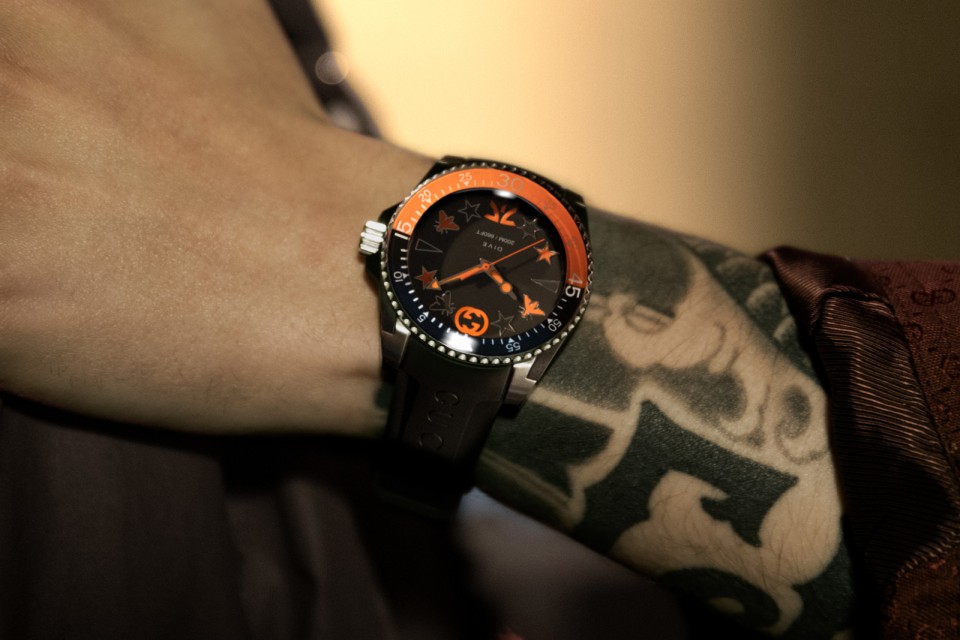 Gucci doesn’t want to sit by the wayside while Louis Vuitton corners the (apparently substantial) market for esports fashion. It just introduced a limited edition, Fnatic-branded dive watch — no, not a smartwatch, a quartz timepiece. It not-so-subtly features the esports team’s logo and orange color scheme, along with Gucci’s signature “GG” (which, conveniently, is also gamer shorthand). There are even plans for a matching diving game devoted to the watch that will show up in Gucci’s app in the “coming weeks.”

The watch appears well-built, at least. It boasts a stainless steel 40mm case with water resistance to a depth of 660 feet, and Super LumiNova ensures you can read the time during those late-night League of Legends or Siege sessions. Unsurprisingly, there’s a rubber strap to make this useful both underwater and as a daily wear.

Gucci and Fnatic have been cozy for a little while, but this is their first collaboration on a product.

Brace yourself for the price and availability, though. Gucci is selling just 100 units of the Fnatic watch for $1,620 each, with pre-orders open now. That’s not the most expensive quartz watch we’ve seen, but you’ll have to be particularly devoted to esports fandom (or at least watch collecting) to pick this over a lower-cost watch or a similarly-priced automatic. Gucci did characterize this as its esports debut, though, so we wouldn’t be surprised if there are easier-to-justify fashion items in the works.

In this article: gucci, Watch, watches, wearables, wearable, fashion, esports, Fnatic, quartz, games, video games, video, news, gear, gaming, esportssg
All products recommended by Engadget are selected by our editorial team, independent of our parent company. Some of our stories include affiliate links. If you buy something through one of these links, we may earn an affiliate commission.