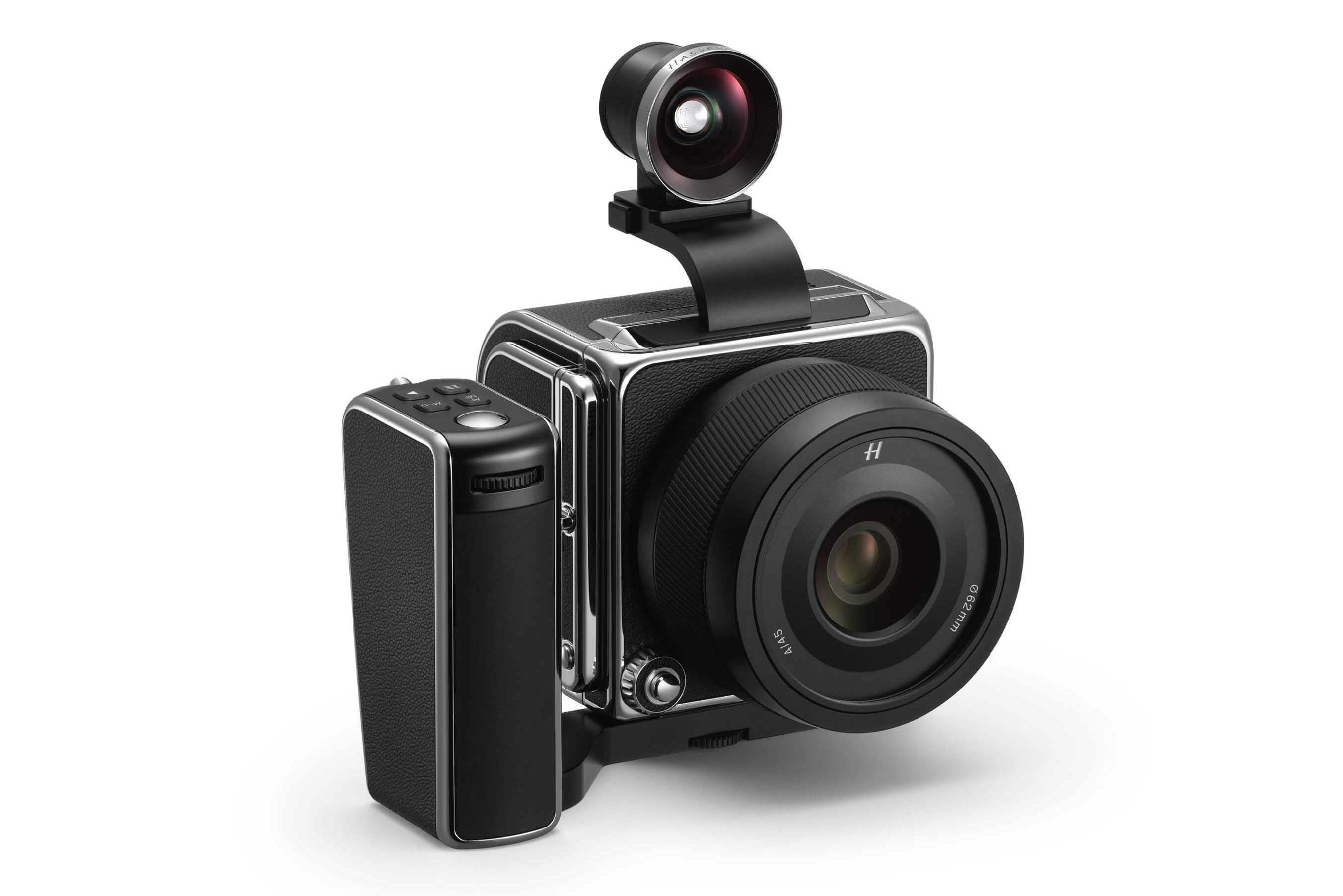 Last year, Hasselblad showed off its modular 907X 50C medium-format system, and even sold a limited number in a $7,500 limited edition Moon-Landing kit. Now, the company has announced that the camera system will be sold as a standard model.

It consists of the 907X camera, which is essentially a very slim X1D lens mount with electronics. That marries to the CFV II 50C digital back, with a 50-megapixel sensor, 3.2-inch 2.36 million dot tilting display and capture system. Together with an X1D lens, plus the optional control grip and optical viewfinder, they form a relatively lightweight, very unusual camera system.

The sensor seems to be the same as the one on the X1D II, with 43.8 x 32.9 mm size that’s 67 percent larger than a full-frame sensor. Hasselblad promises 14 stops of dynamic range and 16-bit RAW files that deliver more color information than normal 14-bit RAW images.

The CFV II back also features dual UHS II card slots, USB-C charging and WiFi capability. Video isn’t really the point of a camera like this, but you can shoot up to 2.7K at 30 fps using the full sensor width to get some very blurred out backgrounds.

What’s most funky about this camera is the modular nature. Hasselblad said that the CFV II 50C can be attached directly to old-school V-system medium-format SLR cameras up to 60 years old. Those include models like the 500C, used by NASA astronauts for photos like Earthrise and Neil Armstrong’s portrait of Buzz Aldrin. To that end, the CFV II back could give new life to those models and the hundreds of lenses that work with them.

In this article: medium format, hasselblad, modular, mirrorless, CFV II 50C, cameras, 907X 50C, news, gear
All products recommended by Engadget are selected by our editorial team, independent of our parent company. Some of our stories include affiliate links. If you buy something through one of these links, we may earn an affiliate commission.