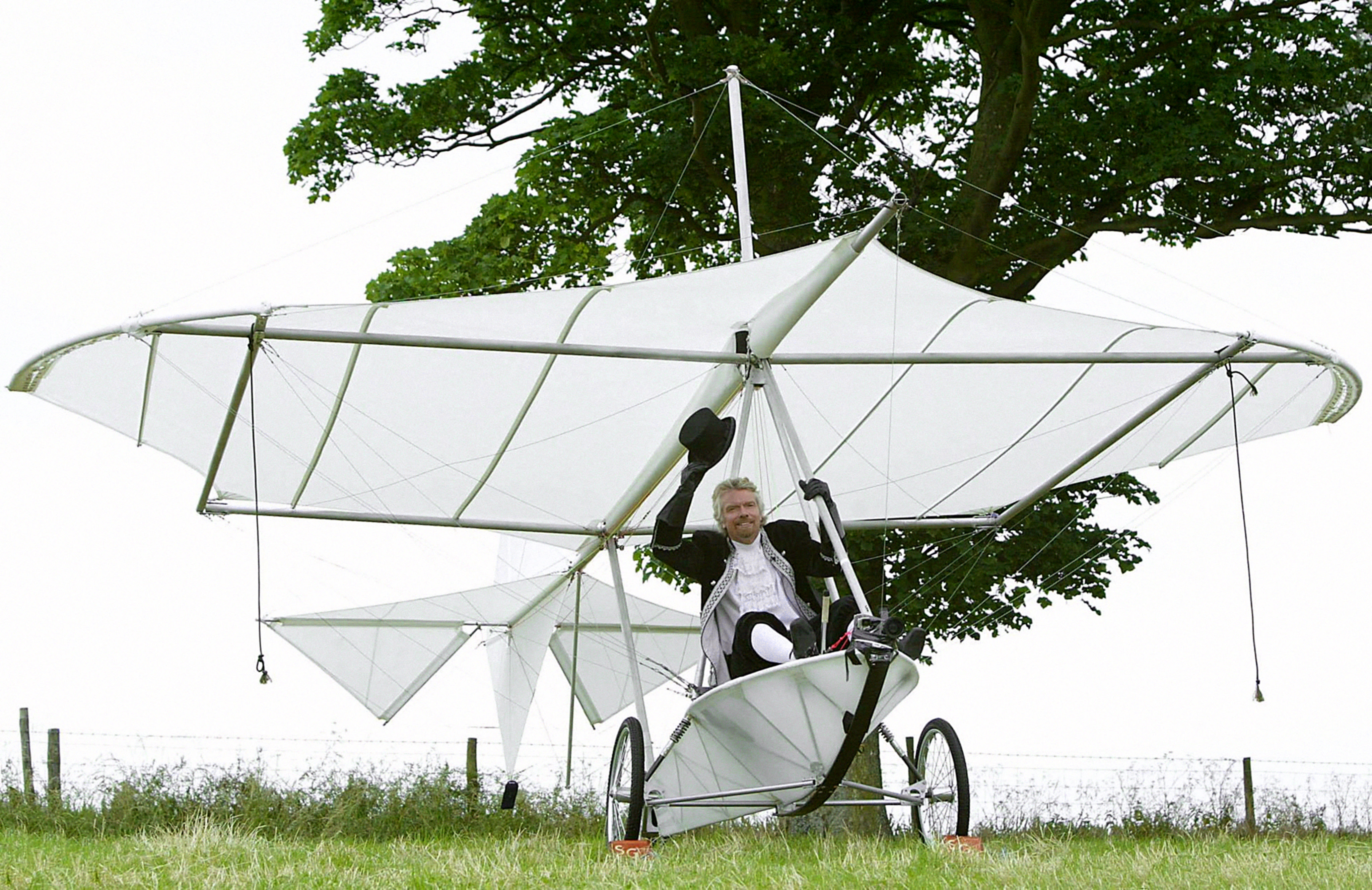 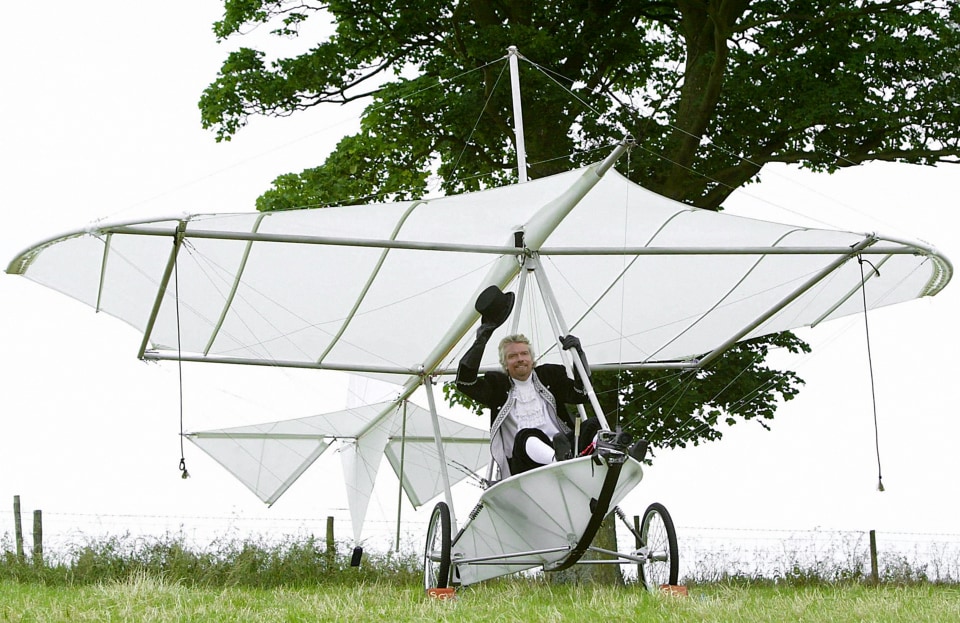 Four decades after Tesla and Edison waged their “War of Currents," a similar struggle unfolded in the skies overhead as a pair of daring entrepreneurs — Hugo Eckener, protege of Count von Zeppelin, and Juan Trippe, founder of Pan American World Airways — fought for technological supremacy between airplane and airship. In Empires of the Sky, author Alexander Rose, takes readers on an exhilarating journey spanning centuries as humanity slowly took to the air, through the decadence of the Roaring ‘20s as Eckener and Trippe ruthlessly sought to out-maneuver one another, and culminating in the spectacular final moments of the Hindenburg as well as the ending of the zeppelin era.

In the excerpt below, however, we go back to the start of the 19th century and the moment that Sir George Cayley became the first person to understand and describe the forces necessary in human-scale flight. While he may have never managed to successfully power his gliding creations, Cayley’s discover set off a technological arms race that has helped mold the modern world of transportation.

By 1800, there was just one man left who believed that he could fly: a mild, studious Englishman named Sir George Cayley. He turned himself into the world’s first and only aerodynamics engineer. As such he was obliged to invent a fresh branch of science—by himself, from scratch.

Cayley’s first great insight was to break the ability to fly down into components, each of which represented a problem that needed solving. Cayley laid out the four factors of flight that, if harmonized into a system, would produce success.

First, aerodynamics. Movement produces a flow of air that exerts two forces on a vehicle. There’s perpendicular Lift, which raises the craft and is generated almost magically by the stream of air rushing over, around, and under the wings. And there’s Drag, which slows the aircraft owing to oncoming air resistance.

Second, propulsion. The aircraft must be pulled or pushed through the air by an engine or some other motive force (like muscle) to create Thrust. This works in the opposite direction to drag and must be greater than the latter to overcome it.

Third, structure and materials. The aircraft must be built in a way to avoid crumpling, buckling, or snapping as aerodynamic forces stress the structure. The aircraft’s total Weight (which includes pilot, passengers, fuel, and payload) works in the opposite direction of lift and so gravitationally draws the vehicle down. For steady, level flight, weight must equal lift.

Fourth, flight control and stability. There must be a means of regulating motion to enable banking, climbing, and diving. These include control surfaces such as horizontal hinged elevators on the tail, a vertical rudder, and ailerons, or flaps, on the wings’ trailing edge.

Earlier aviators had copied birds by constructing wings that played the dual role of providing thrust and lift—and had failed by trying to do too much at the same time. And worse, since they had naturally assumed that the larger the wing the more work it could do, they had contrived ever-heavier, draggier, more uncontrollable craft.

So the first thing Cayley did was dispense with the ornithopter concept: no more all-in-one flapping wings. His wings would be fixed in place and exclusively assigned to provide lift. After that came structure and control. Get those three elements right, and all he had to do was add power to fly. He left that until later. By 1804 Cayley had built a working, yard-long model of a glider—an airplane without an engine. Today it seems like a child’s toy, but its radical new form amounted to a revolution.

Cayley had single-handedly invented the shape that would be the basis of every airplane ever since. Instead of taking one part of a bird—its wings—and grafting them to a man to form a hybrid resembling some beast from a Greek myth, as so many others since the days of Daedalus and Icarus had done, Cayley copied the entire bird and removed the man. A thin wooden rod formed the glider’s nose and body, which he dubbed the “fuselage” (French for “spindle-shaped”), with a pair of kitelike wings mounted on it, while at the rear was a cruciform tail. When Cayley hand-launched his glider from atop a local hill that year, with his arm serving as engine, it was the first airplane in history to fly.

In Cayley’s triumphant words, “It was beautiful to see this noble white bird sail majestically from the top of a hill to any given point of the plain below it with perfect steadiness and safety.”

But he never could find a means of sustained propulsion. In 1807, he conceived a mini-engine that burned gunpowder to generate a single horsepower—for all of fifty-seven seconds. Then he investigated larger steam and hot-air engines, but they too could not defeat the weight-to-power ratio that would similarly afflict Giffard, Renard, and other aeronauts for nearly a century to come: The output was too low to offset their extra weight. No airplane could take off, let alone fly. Depressingly, Cayley could not foresee a day when an engine’s weight-to-power ratio would fall below 163 pounds per horsepower.

In 1809–10, he surrendered and published an extraordinary three-part scientific paper, entitled “On Aerial Navigation,” that detailed his decade’s worth of experiments and thoughts. Nobody had ever read anything like it, this aeronautical equivalent of Darwin’s Origin of Species or Newton’s Principia, but anyone who tried to follow in Cayley’s footsteps ran into the same wall: lack of power.

Cayley himself may have given up the quest but not the dream. As he put it, wistfully, “an uninterrupted navigable ocean, that comes to the threshold of every man’s door, ought not to be neglected as a source of human gratification and advantage.” He felt “perfectly confident” that the “noble art [of flying] will soon be brought home to man’s general convenience, and that we shall be able to transport ourselves and families, and their goods and chattels, more securely by air than by water, and with a velocity of from 20 to 100 miles per hour.” All that was still required was “a first mover, which will generate more power in a given time, in proportion to its weight, than the animal system of muscles.”

The aged Cayley derived some satisfaction from Giffard’s 1852 dirigible briefly managing to achieve a weight-to-power ratio of 110—unimaginable in his prime working years—but he always retained his faith that the future of flying would come in the form of the airplane, not the airship.

In this article: Hitting the Books, hittingthebooks, Empires of the Sky, Alexander Rose, feature, tomorrow
All products recommended by Engadget are selected by our editorial team, independent of our parent company. Some of our stories include affiliate links. If you buy something through one of these links, we may earn an affiliate commission.