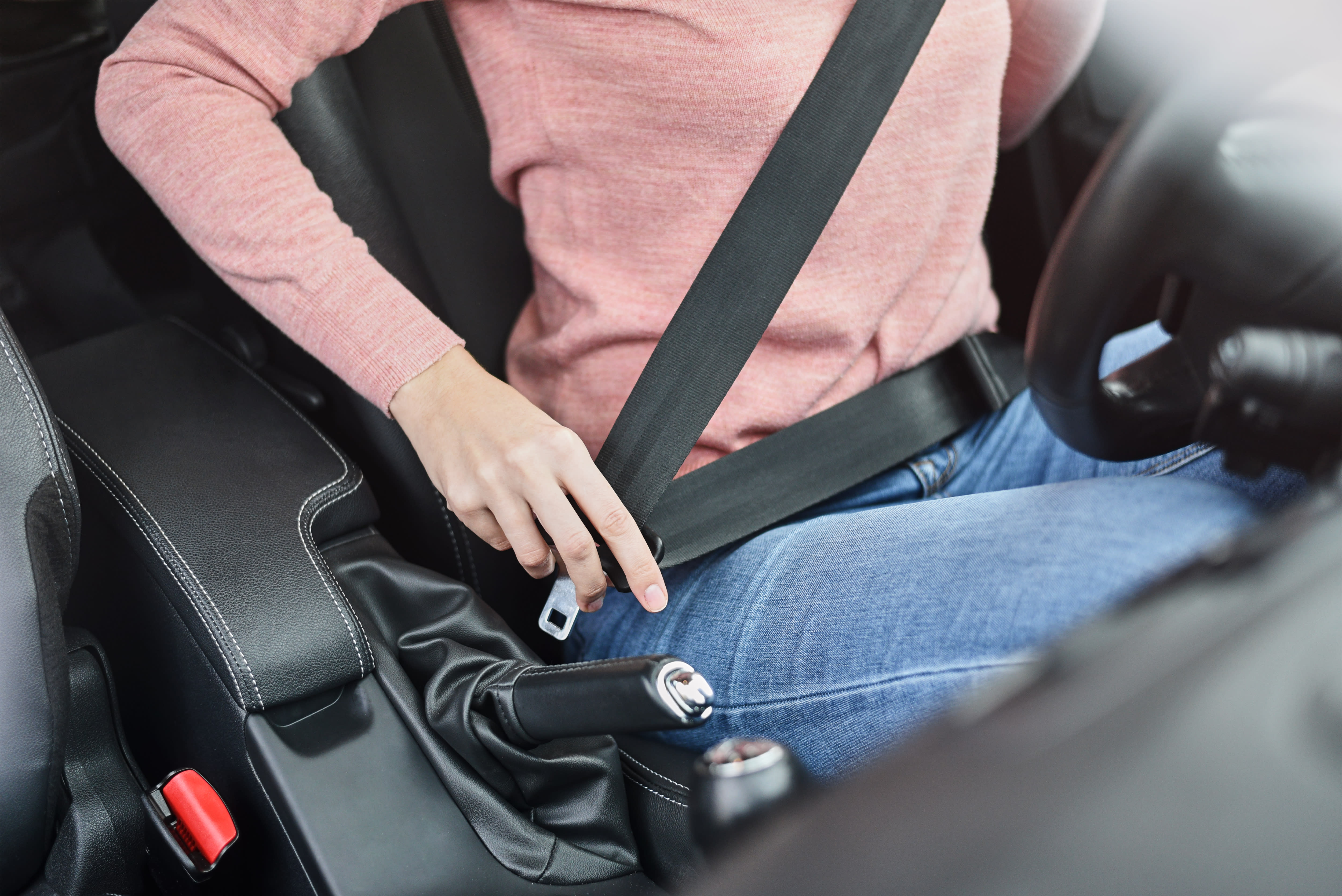 Hitting the Books: Thank a Swede for saving your life the next time you wreck your car

Volvo's invention of the three-point seat belt has been keeping butts in seats for decades.

The human life is a delicate thing. Our squishy soft bodies are not built for use in extreme temperatures, high speeds and certainly not made to withstand the g-forces that occur when said high-speed movement suddenly comes to a bone-crushing stop. And for decades, the only thing stopping us in car crashes was the dashboard and windshield. You've seen Red Asphalt, you know how this works.

However, thanks to the work of men with titles like, "The Father of Crash Survivability" and "The Fastest Man on Earth," as well as the tireless efforts from Volvo engineer, Nils Bohlin, today's motorists have the best chance in automotive history of walking away from a wreck. In Extra Life: A Short History of Living Longer, author Steven Johnson examines how technological advances in the fields of immunology, epidemiology, food production, and transportation have helped save countless lives over the past couple thousand years and raised our collective standard of living across the globe.

Excerpted from Extra Life by Steven Johnson . Copyright © 2021 by Steven Johnson. Excerpted by permission of Riverhead, an imprint and division of Penguin Random House LLC, New York. All rights reserved. No part of this excerpt may be reproduced or reprinted without permission in writing from the publisher.

Despite the tenacious efforts of DeHaven and Stapp, the first meaningful breakthrough in auto safety — to this day, the one with the largest impact — would come not from Detroit but from Sweden. In the mid-fifties, Volvo hired an aeronautical engineer named Nils Bohlin, who had been working on emergency ejection seats at Saab’s aerospace division. Bohlin began tinkering with a piece of equipment that had been largely an oversight in most automobiles up until that point: the seat belt. Many cars were sold without any seat belts at all; the models that did include them offered poorly designed lap belts that offered minimal protection in the event of a crash. They were rarely worn, even by children.

Borrowing from the approach to safety restraint used by military pilots, Bohlin quickly developed what he called a three-point design. The belt had to absorb g-forces on both the chest and the pelvis, minimizing soft tissue stress under impact, but at the same time it had to be simple to snap on, easy enough that a child could master it. Bohlin’s design brought together a shoulder and lap belt that buckled together in a V formation at the passenger’s side, which meant the buckle itself wouldn’t cause injuries in a collision. It was an elegant design, the basis for the seat belts that now come standard on every car manufactured anywhere in the world. An early prototype of the shoulder strap had decapitated a few crash dummies, which led to a rumor that the seat belt itself could kill you in a crash. To combat those rumors, Volvo actually hired a race-car driver to perform death-defying stunts — deliberately rolling his car at high speeds — all the time wearing Nils Bohlin’s three-point seat belt to stay safe.

By 1959, Volvo was selling cars with the three-point seat belt as a standard feature. Early data suggested that this one addition was single-handedly reducing auto fatalities by 75 percent. Three years later, Bohlin was granted patent number US3043625A by the US Patent and Trademark Office for a “Three-point seat belt systems comprising two side lower and one side upper anchoring devices.” Recognizing the wider humanitarian benefits of the technology, Volvo chose not to enforce the patent — making Bohlin’s design freely available to all car manufacturers worldwide. The ultimate effect of Bohlin’s design was staggering. More than one million lives — many of them young ones — have been saved by the three-point seat belt. A few decades after it was awarded, the Bohlin patent was recognized as one of the eight patents to have had “the greatest significance for humanity” over the preceding century.

Even with a clear track record of decreased fatalities and an open patent, the Big Three American car companies continued to resist prioritizing safety in their vehicle design through the first half of the 1960s. In the end, they were compelled to change their ways not by egg-drop experiments or rocket sleds, but rather by the journalist and lawyer Ralph Nader. Until playing the spoiler role in the 2000 Presidential election, Nader was most recognized for his 1965 bestseller, Unsafe at Any Speed: The Designed-In Dangers of the American Automobile. The opening line of the book offered a sobering assessment of the car’s effect on society: “For over half a century the automobile has brought death, injury, and the most inestimable sorrow and deprivation to millions of people.” In the book, Nader praised the visionary experiments of DeHaven and Stapp, and excoriated the auto companies for ignoring what he called “a gap between existing design and attainable safety.” In the opening chapter, he set his sights on GM’s Chevrolet Corvair, which he memorably derided for its propensity for “one-car accidents.” (A poorly engineered suspension system made it easy for the driver to lose control of the car and, on numerous occasions, flip over — even without any contact with another vehicle.)

Even before the book was published, GM had hired a private investigator to dig up dirt on Nader. He received odd phone calls in the night; women tried to seduce him at coffee counters; friends and colleagues were questioned on the pretense that Nader was being considered for a new job, and asked questions about his sex life and involvement with left-wing political groups. Eventually GM president James Roche was brought before a Senate committee and forced to apologize publicly for its campaign of harassment against the young activist, further propelling the sales of Nader’s book.

The impact on popular opinion — on Main Street and inside the Beltway — mirrored the sudden shift that followed the thalidomide crisis a few years before. Senator Abraham Ribicoff, who led the hearings into the GM harassment campaign, declared that traffic accidents were a “new type of social problem that springs from affluence and abundance rather than from crisis and convulsion.” In September 1966, with the support of President Lyndon Johnson, Congress enacted the National Traffic and Motor Vehicle Safety Act, with the aim of providing “a coordinated national safety program and establishment of safety standards for motor vehicles in interstate commerce to reduce traffic accidents and the deaths, injuries, and property damage which occur in such accidents.” The act radically expanded the government’s regulatory oversight over the auto industry and had wide- ranging and complex implications. It would eventually lead to the formation of the US Department of Transportation. But the most important one was easy enough to understand: for the first time, every new car sold in the United States had to come with seat belts installed. Just a decade before, seat belt had been dismissed as a folly, an inconvenience — or worse, a potential threat in their own right. Now they were the law.