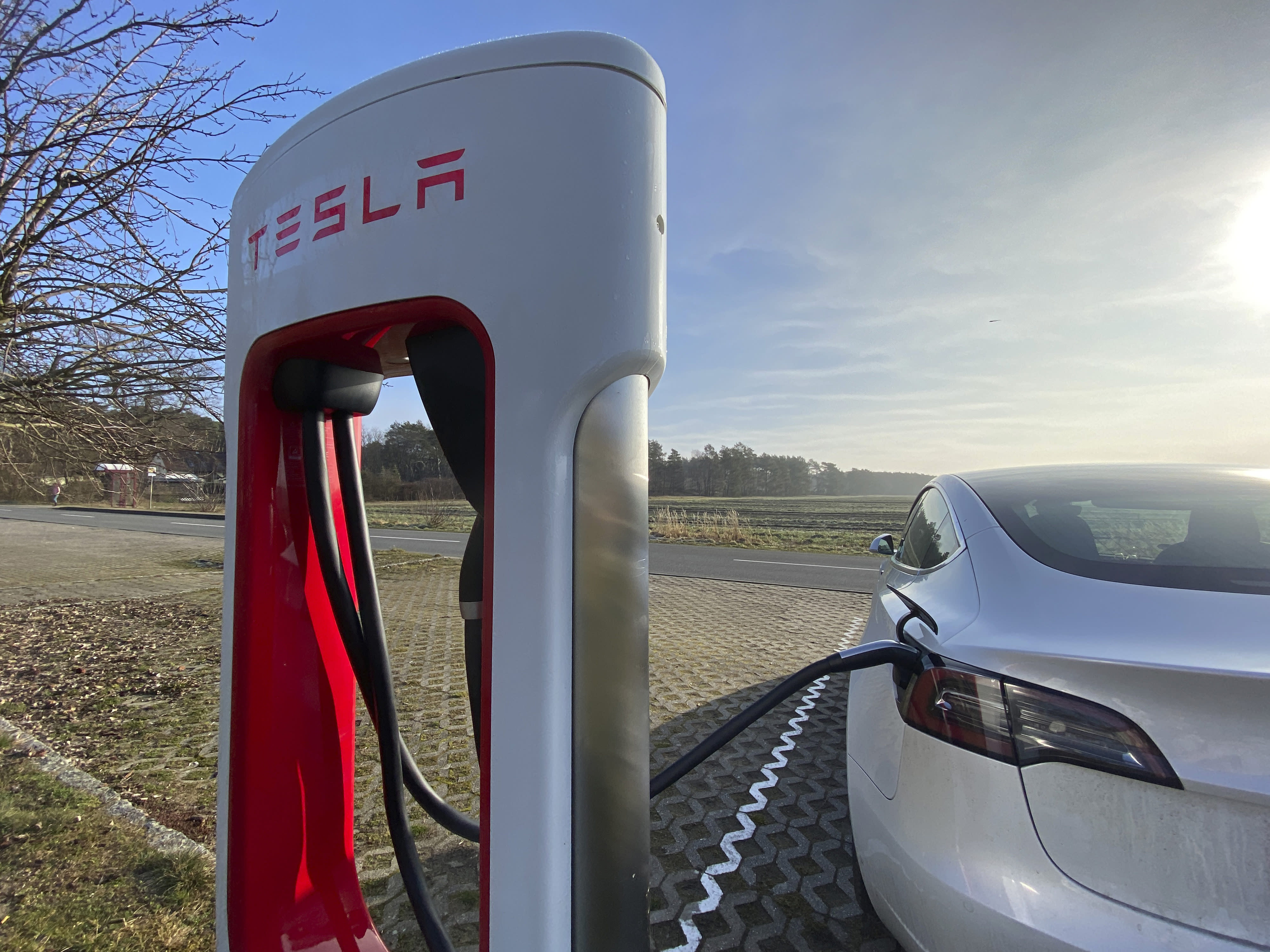 Hitting the Books: How Tesla engineers solved the problem of exploding EV batteries

Because you can't sell cars that have a 1 in 150 chance of randomly going boom.

Between CEO Elon Musk's often erratic antics, strident competition from existing industry titans, and a public that is still not fully sold on the idea of traveling via electrical charge, Tesla's road to prominence has not been a smooth one. But facing a federal investigation into its driver assist systems, is far from the biggest roadblock the company has navigated. As journalist Tim Higgins explains in his new book, Power Play, back in the early aughts, Tesla's engineering team had to overcome an even tougher challenge: keeping the first iterations of its EVs from randomly exploding.

From the book POWER PLAY: Tesla, Elon Musk, and the Bet of the Century by Tim Higgins, published in the US on August 3, 2021 by Doubleday, an imprint of The Knopf Doubleday Publishing Group, a division of Penguin Random House LLC, and in the UK on August 5, 2021 by WH Allen. Copyright © 2021 by Tim Higgins.

A panicked letter from LG Chem arrived at Tesla with a dire demand: Return its batteries.

Just as Tesla was proving it could craft a lithium-ion battery pack on its own, the battery industry was grappling with the danger that cells posed when they were handled incorrectly. AC Propulsion had learned this the hard way months earlier, in one of an increasing number of incidents that sent shudders through the battery industry. En route from Los Angeles to Paris, a shipment of AC Propulsion’s batteries caught fire as it was being loaded onto a FedEx airplane while it refueled in Memphis, triggering an investigation by the National Transportation Safety Board and prompting concerns about how to transport batteries in the future. Personal electronics companies, such as Apple Inc., were recalling devices with lithium-ion batteries out of concern they could overheat and catch fire. In 2004 and 2005, Apple recalled more than 150,000 laptops — with batteries made by LG Chem.

When LG Chem realized it had sold a large number of its batteries to a Silicon Valley startup that planned to use all of them for a single device — a car, as it happened — its legal department sent a letter demanding the cells be returned. The battery maker didn’t want to be associated with a potentially fiery experiment.

[Tesla's first CEO, Martin] Eberhard ignored the request. He had little choice. His bet that Tesla would be able to find a ready battery supplier was proving harder to cover than expected. Without these batteries, there might not be a second chance to get more.

Amid all of the attention on lithium-ion batteries, [Tesla Co-Founder/CTO, JB] Straubel thought back to his former house in LA, where he and [Tesla employee number 7, Gene] Berdichevsky celebrated the idea of an electric car by setting cells afire. If struck with a hammer, they put on quite a show. Cars were always in danger of that kind of impact, but there was also a more insidious threat. He began to wonder what might happen if one of the cells in the tightly packed cluster that would form a car’s battery pack got too warm.

One day in the summer of 2005, he and Berdichevsky decided to find out. With the office cleared out for the day, they went to the parking lot with a brick of cells — a cluster of batteries glued together. They wrapped one of the cells with a wire that would allow them to heat it remotely. Then, from a safe distance, they flicked the heater on. The individual cell quickly rose to more than 266 degrees Fahrenheit (130 degrees Celsius), causing the battery to flash into a blinding flame as the temperature spiked to 1,472 degrees, then explode altogether, sending the remaining skin of the battery into the sky like a rocket. Then another cell in the pack caught fire, launching into the air. Soon all of the cells were on fire. Bang. Bang. Bang.

Straubel recognized the implications of his amateur pyrotechnics. If an incident like the one he cooked up were to happen in the wild, it could spell the end for Tesla. The next day, after they disclosed their experiment to Eberhard, they showed him the scorched pavement, pitted with holes from the night before. Eberhard urged them to be more careful, but he couldn’t deny that more testing was needed. He gathered the team at his rural house on the hills above Silicon Valley for more experiments. This time, they dug a pit and put a brick of cells in it, then covered it with plexiglass. They heated one of the cells and again the batteries ignited, causing a chain of explosions. Straubel had been right: this wasn’t good. They needed outside help to understand exactly what they were dealing with — the team needed battery experts.

Days later, a small group of battery consultants were gathered with what at first seemed like a manageable message: Yes, even the best battery manufacturers produced a random cell that would have a defect, causing it to short and catch fire. But the odds were remote. “It happens really, really infrequently,” one of the consultants said. “I mean like between one in a million and one in ten million cells.”

But Tesla planned to put about 7,000 cells in a single car. Sitting near Straubel, Berdichevsky pulled out his calculator and computed the likelihood that a cell in one of their cars might catch fire by chance. “Guys, that’s like between one in 150 and one in 1,500 cars,” he said.

And not only would they be churning out cars with defective batteries that, if ignited, could set off a chain reaction, but their cars could be detonating in the garages of the richest of the rich—burning down mansions and lighting up local TV news. The mood in the room shifted. The questions became more urgent: Was there anything that could be done to avoid defective cells?

Nope. Random cells were always going to get too hot and spark thermal runaway — basically an explosion sparked by overheating.

Straubel and the team returned to their work deflated. The stakes couldn’t have been higher for Tesla. This wasn’t just about solving a hard problem, one that threatened to drain limited resources and derail development of the Roadster. If they forged a solution that seemed to work, only to see Tesla vehicles catch fire in years to come, the company would be doomed. And it would be a failure not just for Tesla; their dreams of the electric car could be set back a generation. They could not only cause injury or death, they might kill the electric car in the process.

If they wanted to truly become an automaker, they had to face the challenge that GM, Ford, and others had been dealing with for a hundred years: They had to ensure they were putting safe cars on the roadway. A solution to thermal runaway could amount to a true breakthrough, one that would set Tesla apart from the auto industry for years to come. Using lithium-ion batteries had seemed like a smart idea, one that a number of thinkers had alighted on. But figuring out how to use them without turning the car into a ticking time bomb could be their greatest innovation.

They stopped work on all aspects of the Roadster project and formed a special committee to find a solution. The team set up whiteboards, listing what they knew and what they needed to learn. They began running daily tests. They’d configure a battery pack with the cells spaced differently, to see if there was an ideal distance for containing chain reactions. They tried different methods of keeping the batteries cool, such as having air flow over them or tubes of liquid brush past them. They’d take the packs to a pad used by local firefighters for training and ignite one of the cells to better understand what was taking place.

The danger of the situation was driven home while en route to one of those tests. Lyons, their recruit from IDEO, began to smell smoke coming from the back of his Audi A4, where he had loaded a pack of test batteries. It was a sign that a cell was heating up and approaching thermal runaway. He immediately stopped and yanked the batteries out of the car and threw them to the ground before his car could catch fire — a close call.

Eventually, Straubel began to narrow in on a solution. If they couldn’t keep a cell from warming, maybe they could keep it from reaching the point where it set off a chain reaction. Through trial and error, the team realized that if they had each cell lined up a few millimeters from its neighbor, snaked a tube of liquid between them, and dumped a brownie-batter-like mixture of minerals into the resulting battery pack, they could create a system that contained overheating. If a defective cell within began to overheat, its energy would dissipate to its neighboring cells, with no individual cell ever reaching combustibility.

Where just months earlier they had been struggling to set up a workshop, now they were on to something utterly new. Straubel was thrilled. Now he just needed to figure out how to convince the battery suppliers to trust them. Straubel was hearing from Eberhard that the established manufacturers weren’t interested in their business. As one executive at a supplier told Eberhard: You guys are a shallow pocket. We’re a deep pocket. If your car blows up, we’ll probably get sued.

All products recommended by Engadget are selected by our editorial team, independent of our parent company. Some of our stories include affiliate links. If you buy something through one of these links, we may earn an affiliate commission. All prices are correct at the time of publishing.
View All Comments
Hitting the Books: How Tesla engineers solved the problem of exploding EV batteries