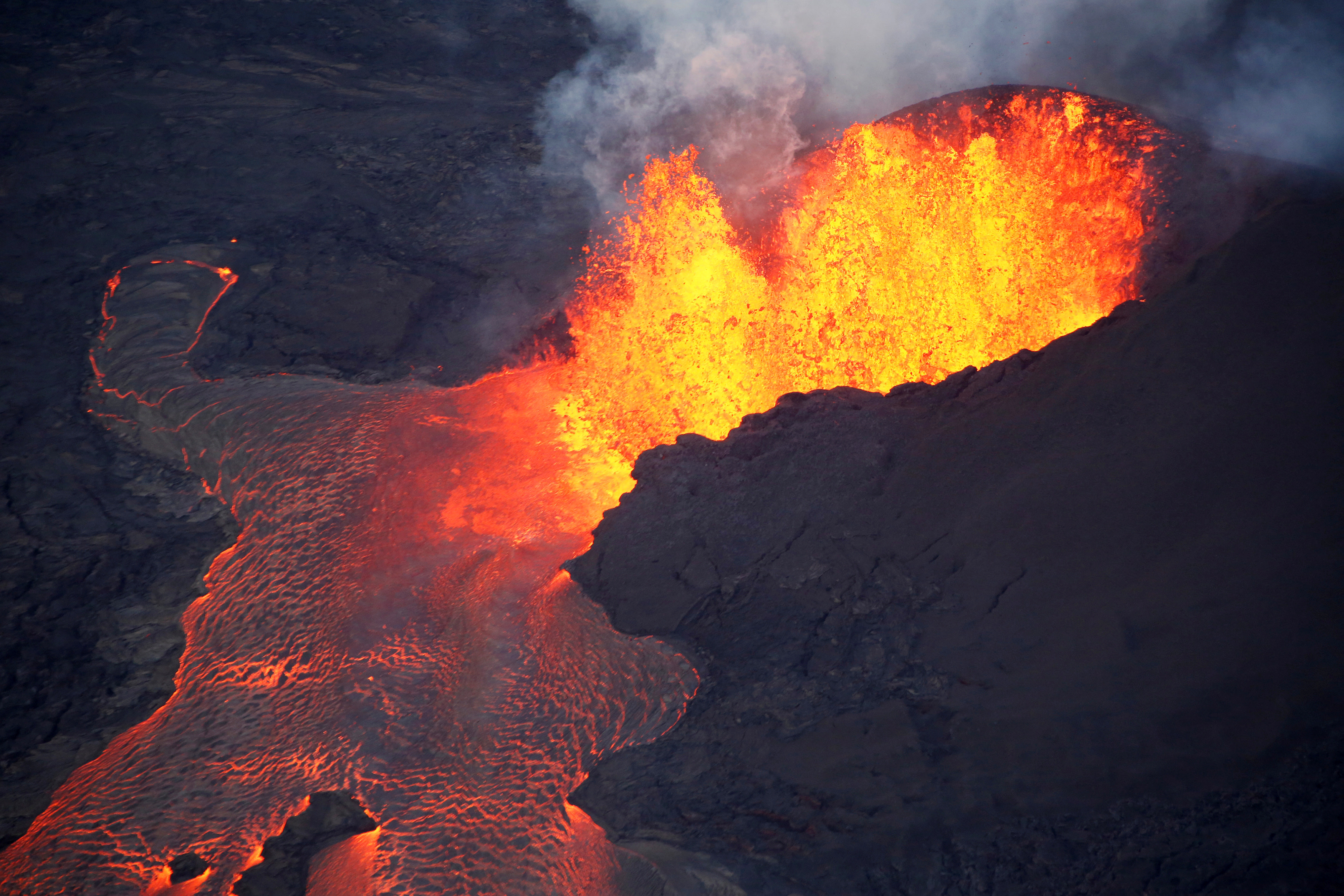 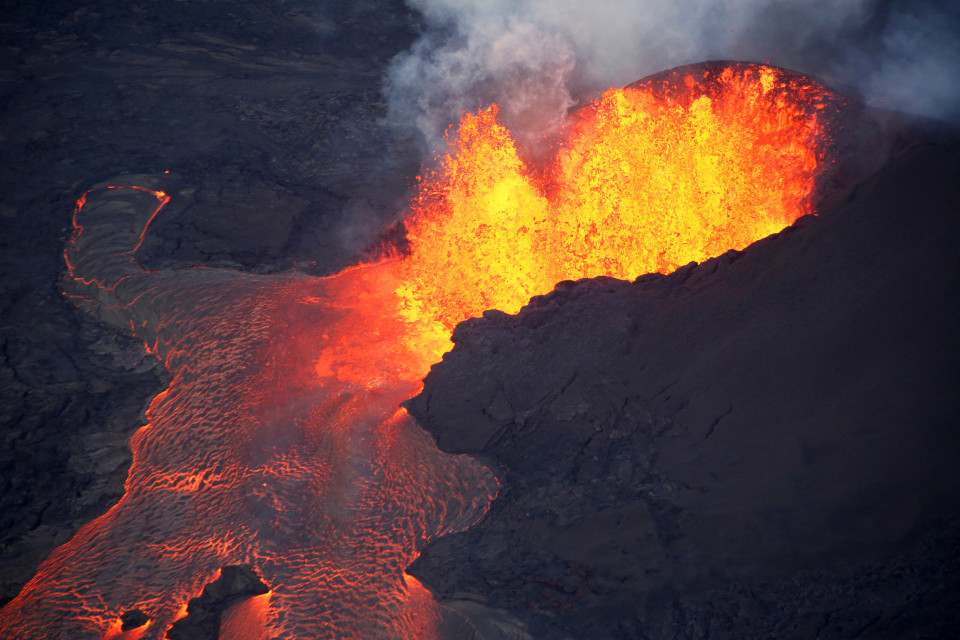 Humans are, as a species, hardwired to explore. We conquered the planet thanks to untold generations of people needing to see what lay over the next hill or around the next river bend and our infatuation with the stars is no different — we’ve wondered about worlds beyond our own since our days as hunter-gatherers. In The Last Stargazers: The Enduring Story of Astronomy's Vanishing Explorers, author Emily Levesque shines a light on today’s astronomers, a hearty breed of scientist willing to endure uncomfortable work conditions, odd hours, and some of the most remote sites on the planet for a chance to unlock the secrets of the cosmos. In the excerpt below, Levesque recalls the time a volcanic eruption in Washington state derailed a sky survey in Hawaii and led to one of the most epic log entries in scientific history.

Excerpted from The Last Stargazers by Emily Levesque, published by Sourcebooks. Reprinted with permission. All other rights reserved.

Every observer who’s spent any time in Chile has been through at least one small earthquake. Telescopes actually have something of an interesting quirk when it comes to these tremors: they’re pointed so incredibly carefully and kept so incredibly still that even the tiniest and earliest shake of an earthquake can show up dramatically in the view of the telescope. I remember sitting at a telescope when the operator suddenly exclaimed “Oh! There’s about to be an earthquake,” a solid second or two before the whole building gave a brief but noticeable rumble. He’d seen the bright star he was using to guide the telescope go skittering right off his computer screen as the incredibly sensitive instrument showed the first signs of being jostled. Since telescopes are specifically designed to be robust against this sort of disruption, the star returned to the dead center of the camera as soon as the shaking stopped, and observations calmly resumed. That said, back in the days of prime focus observing, a few astronomers in California recalled observing mid-earthquake and getting stuck in the prime focus cage for several hours. George Wallerstein explained to me that common practice on these summits was to send the firefighters—who were at least close enough to respond in California—to the biggest telescope first, all in the service of science.

Finally, even volcanoes can get in on the action at some observatories. Telescopes on Mauna Kea have occasionally encountered a phenomenon known as vog, a portmanteau of volcano and smog. Eruptions in Hawaii Volcanoes National Park can sometimes send substantial amounts of sulfur dioxide into the atmosphere, which can mix with condensation to create a mildly acidic fog and lead to lower humidity tolerances for the telescopes. In May 2018, a sizable eruption from Kīlauea, Hawaii’s most active volcano, was captured by webcams on the Mauna Kea summit. Fortunately, the ash from the eruption was blown away from the mountain, and despite vog concerns leading to lowered humidity tolerances at the telescopes, observations were largely able to continue as scheduled.

Since Mauna Kea is situated less than thirty miles from Hawaii Volcanoes National Park, you might think someone there would be able to lay claim to “best volcano observing story.” However, this particular distinction most definitely belongs to Doug Geisler.

Doug was a graduate student at the University of Washington, and on May 17, 1980, he spent an exquisite night observing at Manastash Ridge Observatory in central Washington. He was alone on the mountain and taking his very first night of data for his PhD thesis, observing billion-year-old stars in the Milky Way. Early the following morning, he wrapped up observing, closed and covered the telescope as usual, and headed to the nearby dormitory, ready for some solid rest and another fruitful night of science the next day.

A few hours into his “night,” around 8:30 a.m., Doug woke up, convinced he’d heard something: a distant low boom or rumble or similar. With nothing apparently amiss, he went back to sleep. He dreamed about the end of the world.

Sometime later, he woke up again and began to prepare for a standard astronomer’s “morning”: a midday breakfast and a quiet afternoon on a clear-aired sunny mountain. He immediately noticed that something was a bit off: no hint of light was leaking in around the light-blocking curtains in his room. A bit surprised, wondering if he’d epically overslept or if the weather had taken a surprise turn for the worse, he checked his watch—noon—and then decided to take a look outside.

The dormitory door swung open to reveal, at what should have been high noon, pitch-black darkness and a distinct sour brimstone smell in the air. Even armed with a flashlight, he couldn’t see more than ten feet in front of him. It was a warm, silent, still day…except the daylight was gone. Doug’s first assumption was that there had been a nuclear attack or some similar sort of epic disaster. He was only half-wrong.

That morning, Mount St. Helens, ninety miles west of Manastash Ridge, had erupted, blowing a plume of ash more than fifteen miles high in the most destructive volcanic eruption in U.S. history. The distant sound Doug had heard earlier than morning was likely either the initial twenty-six megaton blast or a deafening secondary explosion produced when superheated material from the volcano instantly vaporized nearby bodies of water into steam. In the hours since the eruption, prevailing winds had carried the bulk of the volcanic plume to the east, right over the observatory and right over Doug.

Like any well-trained observer, Doug kept careful night logs of his observing experiences on the mountain, noting how each night at the telescope had gone, any hours lost to weather or technical problems, and details such as temperature, clouds, and sky conditions. Usually, these logs were used by astronomers to remind themselves of the details of the night and by the observatory staff to keep track of any potential problems. Doug’s log entry 6 from that day on the mountain has become the stuff of legend:

I am the last survivor of the war—I remembered the “boom.” I rush to the radio—most stations are still playing “cha-cha” music. The end of the world + they’re playing “cha-cha” music! Finally KATS in Yakima says Mt. St. Helens blew its wad. I am somewhat relieved. It remains completely dark until ~2, + eventually clears to ~1/2 mile visibility by dusk. I cover the telescopes + instruments. Some of the fine ash is settling thru the slit but I think damage will be minimal. I’ve heard of the dark run but this is ridiculous.

In this article: Hitting the Books, hittingthebooks, The Last Stargazers, Emily Levesque, Sourcebooks, space, science, astronomy, telescopes, volcano, feature, tomorrow
All products recommended by Engadget are selected by our editorial team, independent of our parent company. Some of our stories include affiliate links. If you buy something through one of these links, we may earn an affiliate commission.