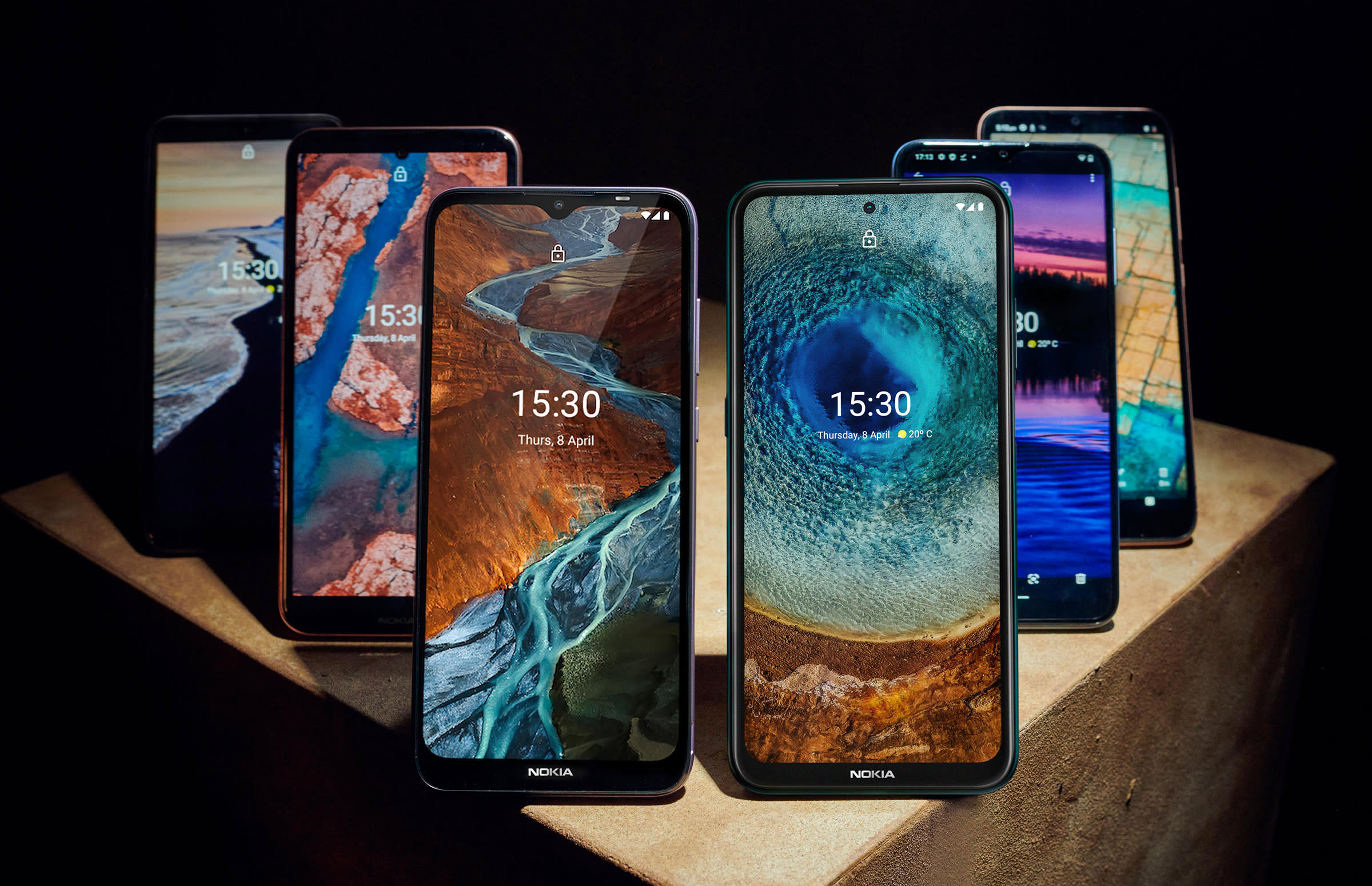 Oh, and the company will start selling wireless service too.

HMD first made a name for itself by remaking a classic feature phone — and triggering an avalanche of hype in the process. The Finnish company has been dutifully churning out Nokia-branded smartphones ever since, but during an online launch event today, HMD was eager to prove that it's been up to more than business as usual. For one, those numbers-only model names are gone, replaced by three new smartphone ranges: the X, G, and C series. And to make getting connected even easier, the company is making an end-run around its usual carrier partners by lighting up an HMD-branded MVNO in the UK with a global roll-out to follow.

HMD reselling access to its carrier partners' wireless networks is about as unusual as strategy shifts get, but unfortunately, the company's announcement was pretty light on detail. At least HMD was feeling chatty about its new smartphones.

The new Nokia X-series phones are the most powerful of the bunch, though we should be clear neither the X20 nor X10 are flagship-grade devices — the former will go on sale for about €349 next month, followed by the €309 X10 a month later. (For what it’s worth, HMD hasn’t ruled out the idea of expanding the X-series to encompass more premium phones down the road, but they’re not quite ready to talk details yet.)

Both devices share a similar foundation, which includes Qualcomm’s new Snapdragon 480 5G chipset, a 6.67-inch Full HD+ punch-hole display, a 4,470mAh battery, and a headphone jack but some of their vital particulars differ. The X10, for instance, comes equipped with either 4GB or 6GB of RAM and either 64GB or 128GB of storage, while the slightly up-market X20 offers 128GB of storage across the board along with 6GB or 8GB of RAM. The biggest differences between the two, though, is their camera setups: the X20 is the clear winner with its 64-megapixel main rear camera, which is flanked by a 2-megapixel macro camera, a 5-megapixel ultra-wide, and a 2-megapixel depth sensor. The X10, meanwhile, keeps the same auxiliary cameras but instead uses a 48-megapixel sensor as its main shooter.

We haven't yet had the chance to try any of these phones out, but HMD's X-series devices are pretty potent for the price. That said, these things would look a whole lot more interesting if Samsung didn't just reveal a slew of new low-to-mid-range Galaxy A smartphones this week — the Galaxy A42 5G is the X10 and X20's closest competitor, and packs a notably more powerful Snapdragon 750G chipset.

While the differences between the X10 and X20 are fairly subtle, the gulf between HMD's Nokia G10 and G20 are more pronounced. Again, both share the same 6.5-inch HD+ display, but the €159 G20 packs a MediaTek G35 chipset with 4GB of RAM and either 64GB or 128GB of storage, plus a quad rear camera system with 48-megapixel main, 5-megapixel ultra-wide, 2-megapixel macro and 2-megapixel depth sensors. Meanwhile, the €139 G10 uses a slightly slower G25 chipset paired with either 3GB or 4GB of RAM and 32GB or 64GB of storage.

And the cameras? Well, let's just say you're better off with the G20 if you nab one — the G10 lacks an ultra-wide sensor and relies on a 13-megapixel standard camera for most of its photos. Thankfully, both phones share what is arguably the G series's greatest asset: a 5,050mAh battery HMD says is good for three days of use off a single charge.

Finally, there are HMD’s Nokia C-series phones — these are by far the least expensive of the bunch, and they might be the hardiest, too. HMD says the €89 C20 and €75 C10 withstood “tougher tests for hardware durability than the industry average.” Both of these Android Go phones use entry-level Unisoc chipsets and 6.5-inch screens running at 1600x720, along with identical 3,000mAh batteries and 5-megapixel rear and front-facing cameras. It's pretty likely that you won't be able to find both of these phones on sale at the same time where you live, but it'll be worth shelling out the additional €14 on a C20 if you're looking for a basic phone since its 1.6GHz octa-core chipset should offer a little more oomph than the C10's quad-core processor.