A Telegram bot network is being used to create deepfake nudes 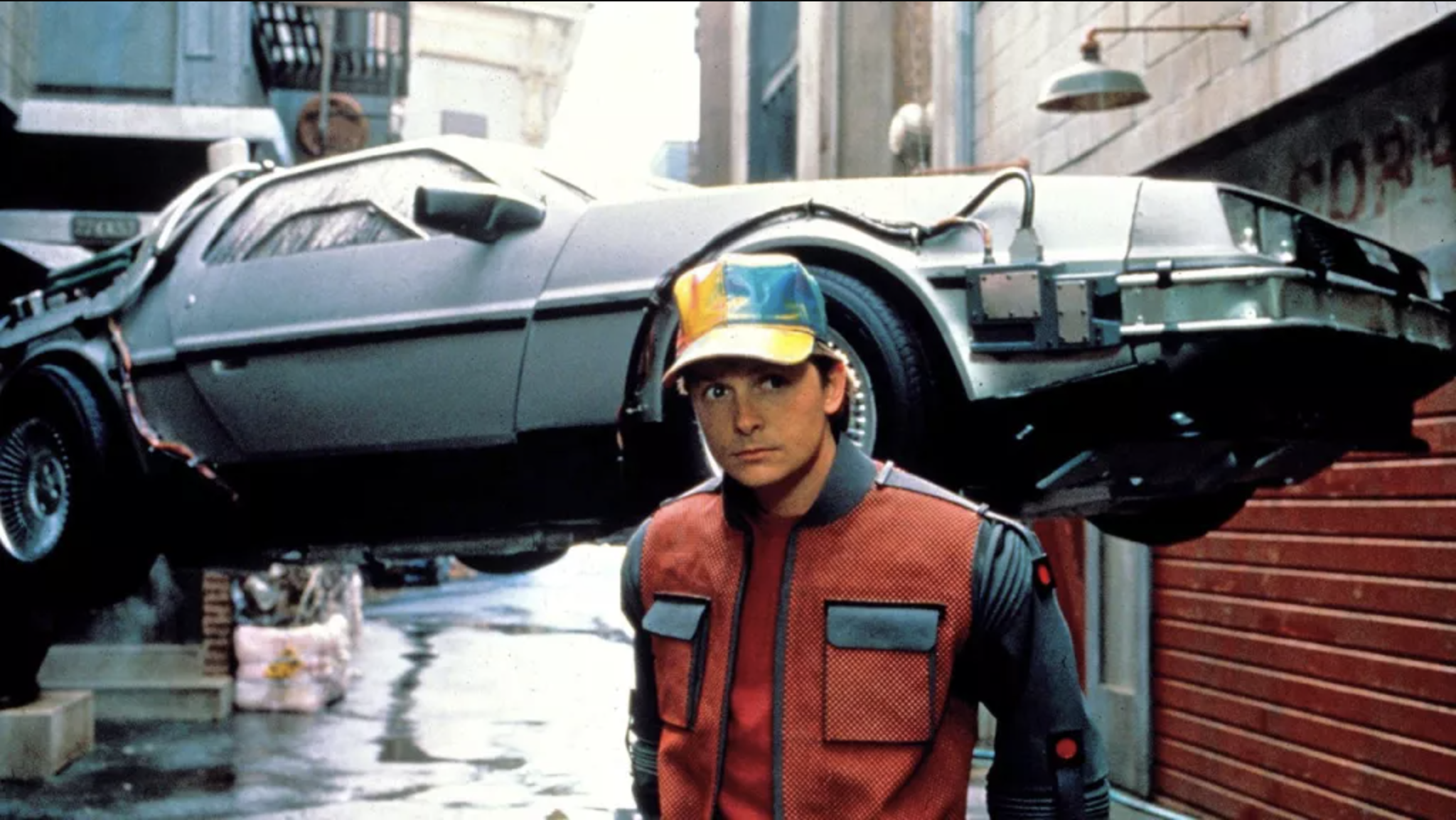 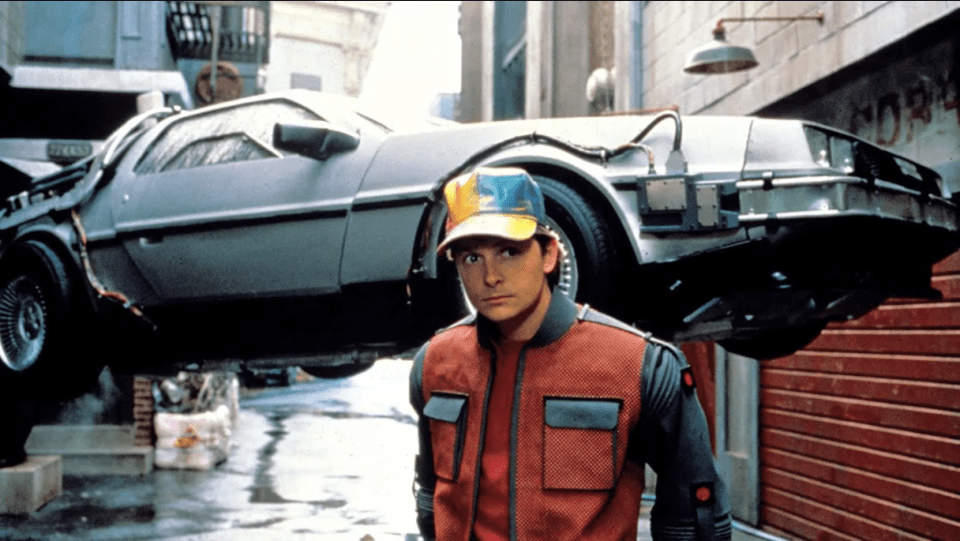 Time, you slippery bastard -- the immutable aspect of reality cannot be controlled any more closely than one can stifle the flow of sand through a tightly gripped fist. Time can only be observed, and even then, only indirectly based on the entropy generated by its passage. But that hasn’t stopped humanity from wishing for and working towards a feasible means of going back in time since our earliest ancestor smacked their palm against their forehead and muttered to themselves, “Aw cripes you idiot, why did you say that, what were you even thinking?”

“There is definitely something funny going on with time travel,” Dr. Paul M. Sutter, research professor in astrophysics at the Institute for Advanced Computational Science at Stony Brook University, told Engadget. “We have one theory of physics which is general relativity -- our story of gravity -- which is perfectly cool with time travel. You can construct special situations that allow you to travel back in time but, every other area of physics says, no, you can't travel back in time. So, which one is right?”

On Monday, a research team from the University of Queensland, Australia reported that they had potentially, mathematically devised a solution to one of the primary roadblocks against time travel. The Grandfather paradox, as depicted in Back to the Future, is a veritable brick wall of theoretical physics nuh-uhs. Essentially, the grandfather paradox argues that if you went back in time to kill your own grandfather, then you wouldn’t ever have been born to go back in time to kill your grandfather because he would already be dead and you wouldn’t exist on account of the lack of necessary reproduction.

However, the Queensland University study suggests that the universe is slightly more flexible than that. Their work argues that even if one were to go back in time and off their grandpappy, the universe would reorganize itself around the event in such a way that the existing timeline remains valid, regardless of whatever action the time traveller took.

“In the coronavirus patient zero example, you might try and stop patient zero from becoming infected, but in doing so you would catch the virus and become patient zero, or someone else would,” University of Queensla  physicist Dr Fabio Costa said in a statement. “No matter what you did, the salient events would just recalibrate around you. This would mean that – no matter your actions - the pandemic would occur, giving your younger self the motivation to go back and stop it. Try as you might to create a paradox, the events will always adjust themselves, to avoid any inconsistency. The range of mathematical processes we discovered show that time travel with free will is logically possible in our universe without any paradox.”

That is, imagine if Marty McFly had let Biff beat the heck out of his dad. The universe automatically would have found a way to ensure that Marty still existed, somehow, to go back and change history this way. He and his siblings wouldn’t have disappeared from the photograph, because, well, we don’t want to imagine how.

In short, The Simpsons got it wrong:

That’s not to say that time travel is impossible. Technically everybody alive is a time traveller though we’re generally limited to 1x speed.

“Skipping forward into the future is actually totally legit and totally fine,” Sutter said. “All our understanding of physics allows it. All you need to do is go fast. You can just get in a rocket ship, travel close to the speed of light, and your internal personal clock slows down relative to the rest of the universe. Then when you're done you've skipped forward in time.”

And as Einstein's theory of special relativity argues, motion through space can be converted to motion through time if given enough energy. The problem, however, is our apparent need to retread historical timelines.

Sure, fantasies about stopping Hitler, James Earl Ray or any other historical baddie might be our first instinct.. However, brutalizing bigots in their respective historical eras isn’t nearly as easy as the Bill and Ted series would have you believe.

“The reason we're so fascinated by traveling backwards in time, is that we don't understand, time itself,” Sutter explained. “We don't understand this every day experienced in quantity, this facet of our universe. We have more questions than answers when it comes to time and we feel like if we can solve conclusively one way or another, if time travel into the past is allowed, it means we will learn something fundamental about the nature of time itself.”

Humanity has spent centuries spitballing the concept of time travel. Hindu mythology recalls the Mahabharata saga whereupon King Raivata Kakudmi travels to Heaven only to return to the mortal world ages after the fact. Or the Japanese folktale of Urashima-no-ko, who visited the Sea Dragon’s Palace and returned to the surface world some 300 years later. Even the story of Rip Van Winkle dips into the concept of future skipping with his 20 year nap.

Princeton University professor of astrophysical sciences, J. Richard Gott III has argued that time travel may be possible with the use of cosmic strings -- that just so happen to be infinitely long. Similarly the Tipler Cylinder concept. First noted by Willem Jacob van Stockum in 1936 and rediscovered by mathematical physicist Frank Tipler in 1974, it argues that should an infinitely long tube rotate fast enough, it would create a frame-drag effect, allowing travelers to move backwards through time, given specific circumstances. Alternatively, University of Connecticut professor and astrophysicist Dr. Ron Mallett offers a time travelling option that involves rapidly rotating laser rings to mimic the time dilatory effects of the event horizons found at the edges of black holes.

“One of the most frustrating parts about time travel, is that we need to go infinitely high up the technological ladder,” Sutter explains. “For example, Gott’s time travel machine is allowed in the mathematics of general relativity but good luck actually building an infinitely long cylinder. That's just not gonna happen in our universe because our universe is not infinitely long and does not contain an infinite amount of stuff.”

Despite these fantastical ideas, we are at least dozens of generations away from even beginning to scratch the surface of this technology.

“I love the explorations of time travel in the implications and the philosophical exploration. It's so tantalizing because we don't know why travelling into the past appears to be forbidden,” Sutter argued, “which opens up the possibility that maybe someday we could figure it out but then we would have to confront all of these issues and meanings and answers to the fundamental questions about the nature of time and freewill and consciousness, which is beautiful to explore.”

In this article: time travel, general relativity, Paul Sutter, University of Queensland, Grandfather paradox, feature, tomorrow
All products recommended by Engadget are selected by our editorial team, independent of our parent company. Some of our stories include affiliate links. If you buy something through one of these links, we may earn an affiliate commission.