It made some very creative substitutions for the real pages.

IKEA Taiwan has recreated parts of its catalog on Facebook using the iconic characters and in-game furnishings from Animal Crossing (via The Verge). The adorable alternate world pages are shown next to the real catalog, with occasionally accurate product substitutes and humorous alternatives for things that don’t exist in the game. 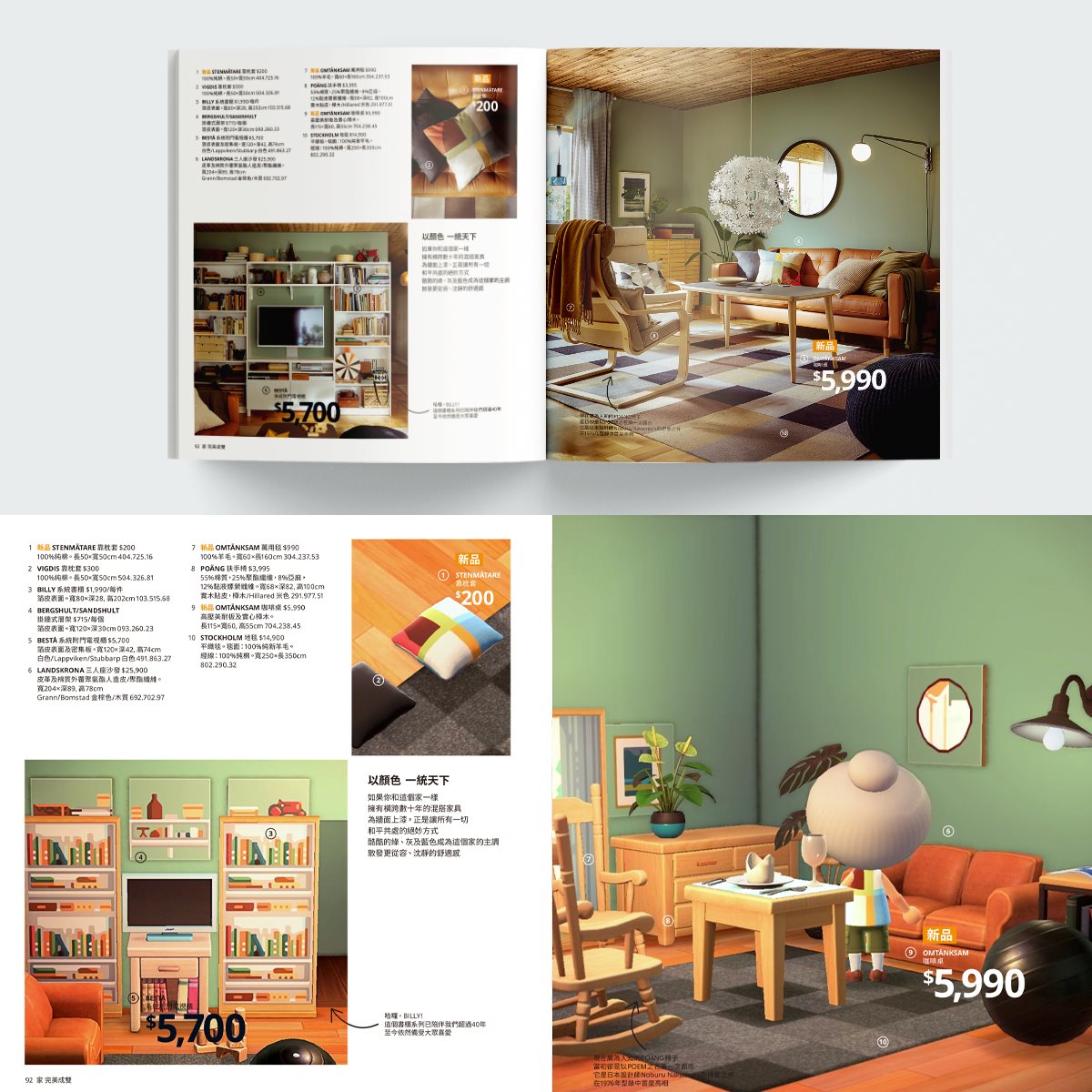 The models are switched out with Animal Crossing characters, complete with similar garb and lifestyle catalog poses. IKEA occasionally substituted humor for accuracy, like when it replaced a dinosaur toy with a skull and bone. Another page (above) shows a ball-shaped ceiling lamp and checked throw pillow replaced by a character with a bowl-like hairdo and similar checked shirt.

IKEA isn’t the first to jump on the Animal Crossing bandwagon, as the characters have appeared in fashion Instagram accounts and elsewhere. It’s not clear whether Nintendo is fully behind the idea, but you have to give IKEA credit for doing the mockup in a creative and organic way. For more fun, check out the photo gallery on Ikea Taiwan’s Facebook page.