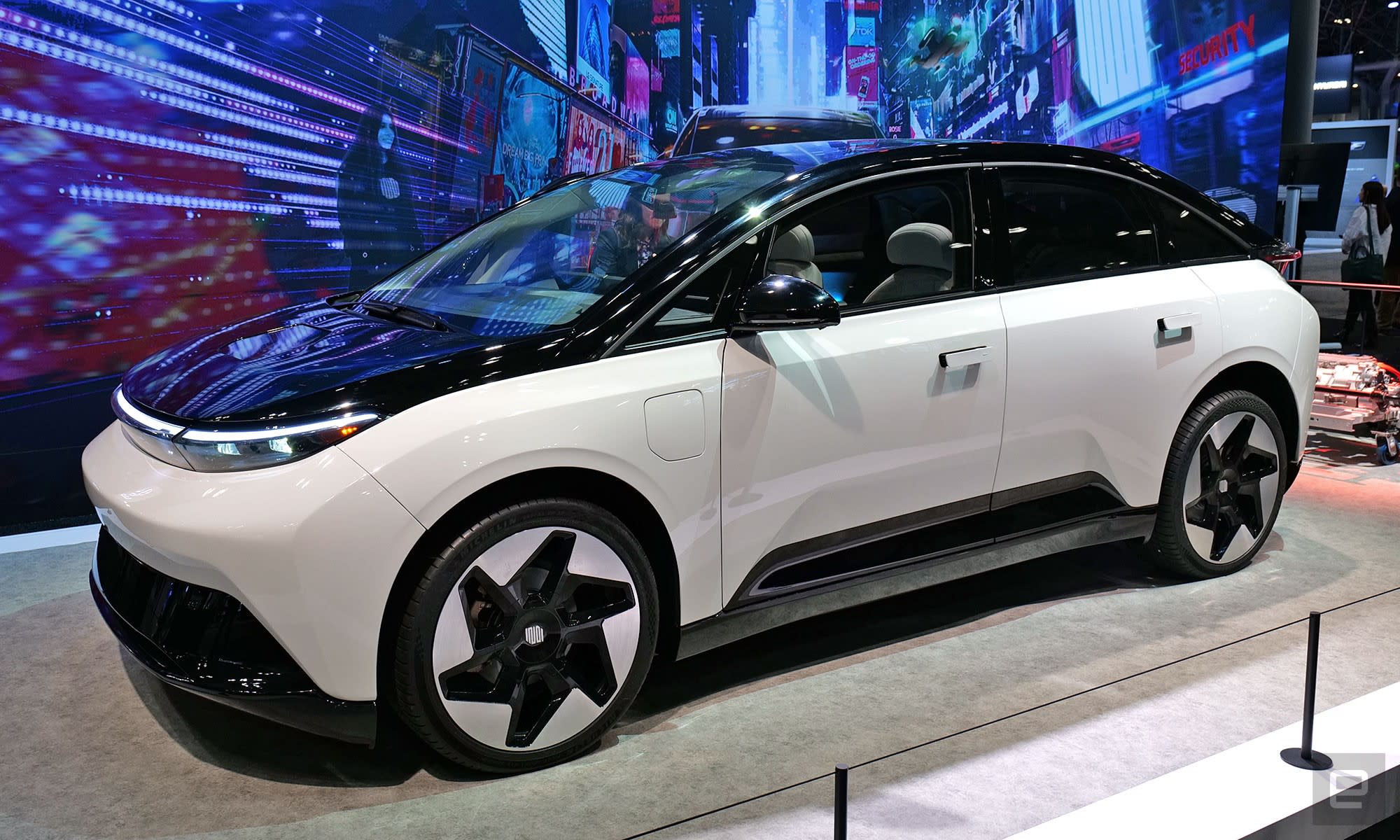 The premium model will feature a user-accessible computer that runs full Windows apps.

While established automakers try to come to grips with the electric revolution, fresh EV startups are thinking up innovative ways to cater to a new generation of drivers. And after checking out an early version of its upcoming car at the New York Auto Show, it feels like INDIEV may have created the first electric car made for gamers.

When it comes to general specs and performance, INDIEV’s Indi One seems to be using the Tesla Model Y as a template. The base model is slated to cost around $45,000 and features a 75 kWh battery, all-wheel drive and 230 miles of range. Meanwhile, the $65,000 premium version will sport a 95 kWh battery with 300 miles of range and a 0 to 60 time of 4.2 seconds. Even the shape of the Indi One is somewhat reminiscent of Tesla’s popular electric crossover, sporting a shortish hood, room for five passengers and a sloping rear end.

However, where INDIEV is changing things up comes on the inside. That's because unlike other cars, the premium version of the Indi One features a VIC, or vehicle integrated computer designed to let occupants play games, edit photos and videos, or even live stream while on the go.

Now other car makers like Tesla have dabbled with in-car gaming, with owners enjoying support for titles like the Witcher 3, Stardew Valley, Cyberpunk 2077, and more on its vehicles. But the few dozen or so games available in Tesla’s Arcade feature are still a far cry from what you can get from PC marketplaces like Steam or the Epic Game Store. Additionally, due to NHTSA regulations, you can’t game on a Tesla’s main screen while the car is in motion, which makes a lot of sense, but is a bummer for any passengers seeking alternative entertainment.

But on the One, INDIEV gets around that restriction by having two large screens on the car’s dashboard. There’s a main infotainment screen powered by Android Automotive, along with a second screen on the passenger’s side running Windows. Not only does this mean guests can play while moving, it also means you can install pretty much any PC app you want. The car’s gaming credentials aren’t too shabby either. At the show, INDIEV reps told me the car currently features an Intel Core i7 CPU and an Nvidia RTX 2080 GPU. But by the time the One officially goes on sale next year, the company is hoping to upgrade that to an RTX 3080 or better (assuming we’re still not in the midst of a chip crunch).

While it probably won’t be easy, INDIEV says the car’s GPU may even be user-replaceable, so you shouldn’t have to worry about buying a whole new car after a few years when it struggles to play the latest AAA games. And while I didn’t get a chance to game on it myself, I was able to pull up Twitch, get a glance at the standard Windows UI running underneath and see the One’s in-car streaming setup in action. INDIEV even lets users access one of the car’s built-in cameras to capture your face, so there’s no need for an external webcam. That said, because there isn’t a built-in mouse, keyboard or gamepad, you’ll need to figure out a control setup that works for your needs.

INDIEV also teamed up with markers of ARK Park so guests can dive into in VR, with the game set to mimic the motion and turns of the car to reduce motion sickness. Additionally, the VIC will be open-sourced and will have an SDK for developers, so if you’re not afraid of some code, you can create custom apps and routines. And thanks to military-grade vibration reduction surrounding the VIC, the car’s gaming components shouldn’t come loose due to unforeseen bumps in the road. How’s that for geeky?

Finally, INDIEV says the One supports blockchain integration, allowing the car’s computer to function as a node for an unspecific decentralized ledger. This means the car could rake in a bit of passive income when you’re not driving it, which sounds like a nice idea in an alternate world where crypto has overtaken cash and credit, but I don’t think we’re yet. I should also point out that it’s hard to say how much juice gaming or running a node will have on the One’s range, which could render both of these features moot if you’re low on battery.

Of course, EV startups are kind of a dime a dozen these days. And for every Tesla that makes it big, there are sure to be others that crash and burn before reaching critical mass. But as someone who has always wondered why car makers don’t try to get more utility out of the computers inside them, I appreciate the ambition. And as we seen from Tesla and other EV makers have already proven, the tech inside a car matters just as much as how it looks or drives.

Now I admit that the newness of being able to game in your car makes it difficult to say if INDIEV’s endeavor will be a success or even help sell an extra car or two. But as someone who never has enough time to play games as it is, the idea of fitting in a quick round of Apex Legends while recharging or poking away in Civ 6 as a passenger during a road trip sounds fantastic. So if you’ve ever dreamed about an EV that can push pixels just as well as your rig at home, the One provides an interesting glimpse at a next-gen driving machine.

Reservations for the Indi One are available now ahead of its official release date next year in Q2 2023.

All products recommended by Engadget are selected by our editorial team, independent of our parent company. Some of our stories include affiliate links. If you buy something through one of these links, we may earn an affiliate commission. All prices are correct at the time of publishing.
View All Comments
Indi One first look: Part EV, part gaming PC