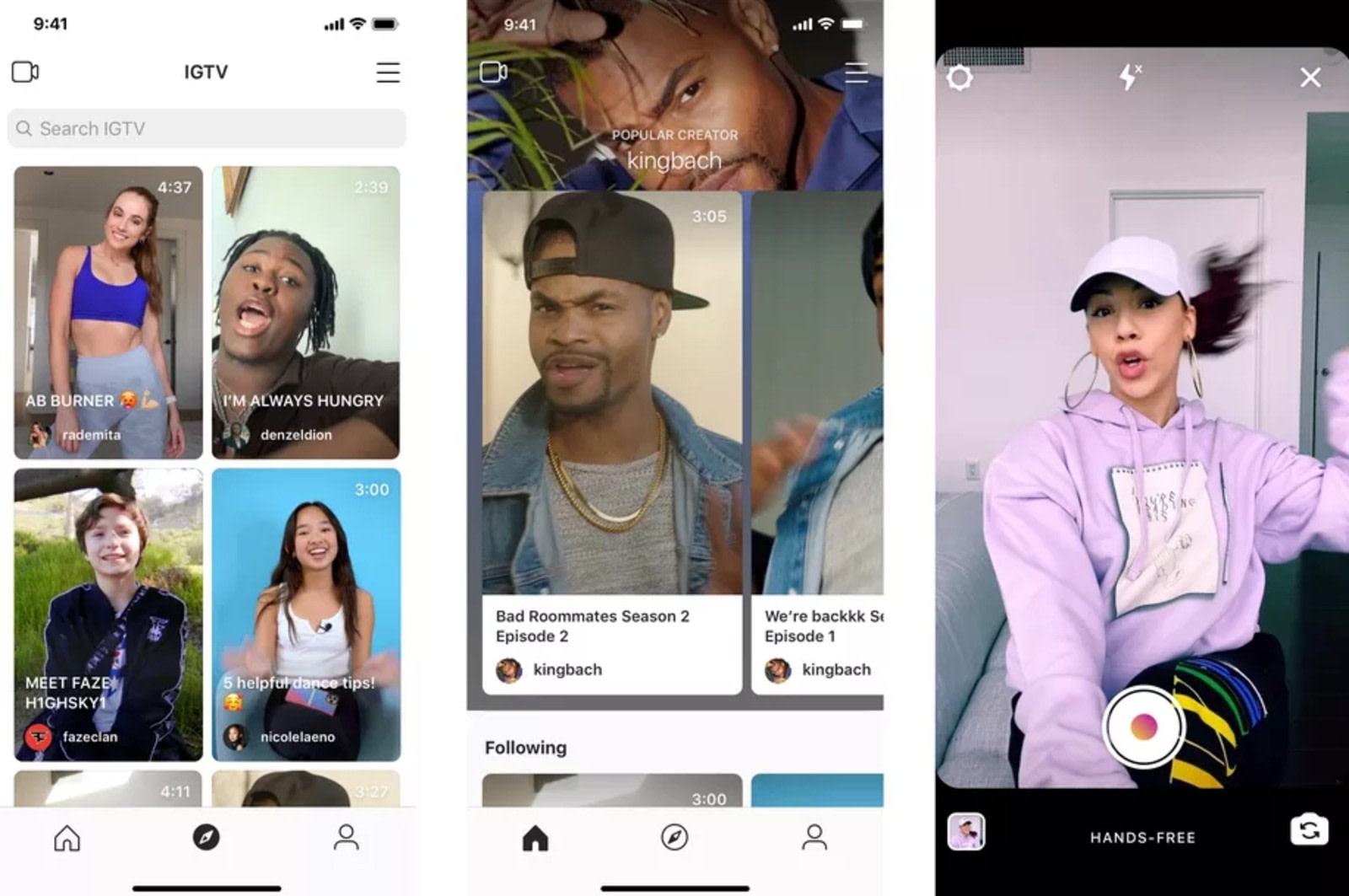 By this point, it’s safe to say IGTV hasn’t been the revolutionary video format Instagram made it out to be when it launched the platform back in 2018. But to the company’s credit, it’s not giving up on it. Today it’s launching a redesigned standalone app that puts an even greater emphasis on creators.

When you first open the app, the most significant change you’ll notice is the new three-button navigation bar at the bottom of the interface. The company told The Verge it “completely redesigned” the homepage to highlight creators whose content it thinks you’ll want to watch.

Borrowing a page from Instagram's main app, the updated software features a "Discover" tab that surfaces video from a greater variety of creators. In its previous incarnation, the IGTV app mostly highlighted content from people you followed, as well as videos that were popular on the platform.

Speaking of Instagram, the company has also tweaked how IGTV videos post as Stories. As before, people can share their IGTV videos to Stories, but instead of the app highlighting a single frame of the video, you’ll now see a 15-second preview. Presumably, the goal here is to encourage people to tap through and watch a full video. To make it easier to film a video, Instagram has also added a hands-free recording mode.

Whether any of Instagram’s tweaks will push you to download the standalone IGTV app if you hadn’t already is hard to say. For the most part, it doesn’t seem most Instagram users have embraced the platform. At the start of the year, the company removed the IGTV icon from its main app. At the time, it said “very few” people had used the shortcut. However, at the very least, the updated app takes what was a sparse and simple offering before and gives it some much-needed life.

In this article: Instagram, IGTV, mobile, instagram stories, internet, social media, social networking, video, news, gear, entertainment
All products recommended by Engadget are selected by our editorial team, independent of our parent company. Some of our stories include affiliate links. If you buy something through one of these links, we may earn an affiliate commission.