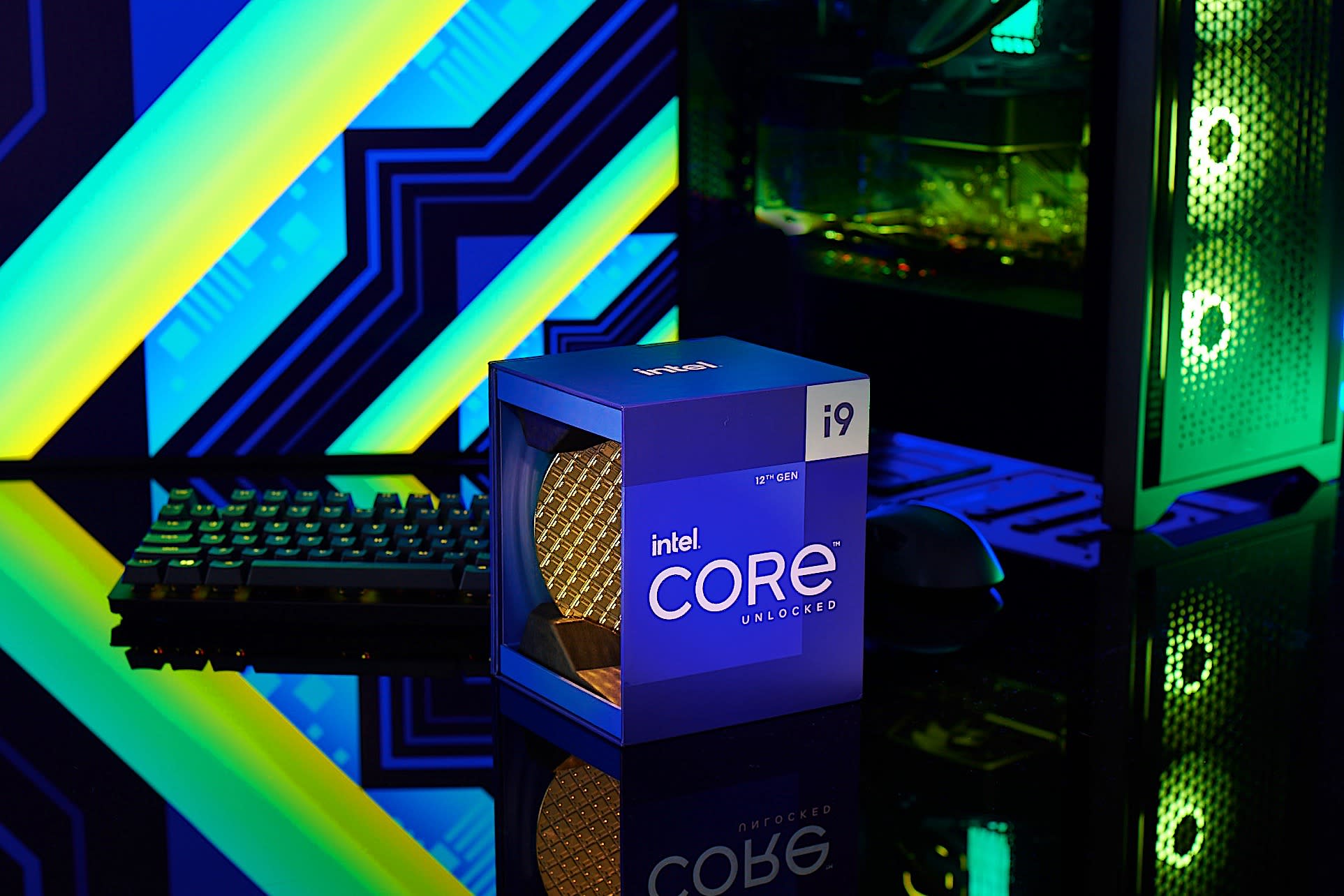 Intel's hybrid 12th-gen chips are a major strike against AMD

We've been hearing about Intel's powerful hybrid chips for so long, they've achieved almost mythical status. The idea behind them is intriguing: they feature both performance-cores (P-cores) and efficient-cores (E-cores) on a single die, giving you chips that can be beefy and a bit more power-conscious, depending on the task. Previously, all of Intel's CPU cores were pretty much the same, which led to the energy-hungry designs we've seen over the last few years.

Now the company is ready to launch those chips, previously codenamed "Alder Lake," as its 12th-gen desktop processors. And maybe, just maybe, it'll be able to steal the spotlight back from AMD and Apple.

In addition to their hybrid configuration, these 12th-gen chips are also the first under the "Intel 7" process technology, which was previously seen as a refined 10nm design. When Intel revised its product roadmap in July with new names, it seemed to just be steering us away from its 7nm delays. But the performance of these 12th-gen chips may be enough to justify the new branding.

Intel is throwing some major numbers around: it says 12th-gen chips are up to 19 percent faster than 11th-gen CPUs overall, and they're twice as fast in the Adobe After Effects Pulse benchmark. When it comes to multithreaded performance (tasks built specifically for more than one core, like video and 3D rendering), the company claims the top-end i9-12900K is 50 percent faster than last year's 11900K while using less power. And even better, it can achieve performance parity while using only around a quarter of the power. Basically, everyone who held off on upgrading over the last few years is in for a treat, as these chips promise to be a big leap forward.

Intel's 12th-gen Core chips can fit in up to 16 cores on the i9-12900K. That's a combination of 8 P-cores and 8 E-cores, with a total of 24 process threads (every P-core counts double, since they support hyper-threading, but the E-cores don't). Given that this is an entirely new way of designing its chips, the company also worked together to develop a new Thread Director with Microsoft, which intelligently assigns tasks to the appropriate core. That way you don't have to manually assign a background thread to an E-core, or start mucking about your settings once you start working on concurrent tasks. (If the hybrid core design seems familiar, it's because ARM has been pushing something similar for the past decade with its big.LITTLE technology on mobile CPUs.)

Intel claims P-cores can perform up to 28 percent faster than its 10th-gen Comet Lake S chips in single-threaded performance. The E-cores, meanwhile, are just as fast as the 10th-gen hardware on their own. As you'd expect, these chips shine best when you're throwing serious workloads at them. Intel says the i9-12900K can get around up to 84 percent higher framerates while playing Mount and Blade II and streaming over OBS, compared to the previous generation chip. Similarly, it's 47 percent faster while multi-tasking with Adobe Lightroom Classic and Premiere Pro.

Intel's figures sound impressive when compared to its own hardware, but the company also noted that its Ryzen benchmarks were run before AMD and Microsoft deployed Windows 11 updates to fix some performance bugs. At the time of its testing, the i9-12900K appeared to have a commanding lead over the Ryzen 5950X in many games, like Troy: A Total War Saga and Grid 2019. But it'll be interested to see what those numbers look like now. And of course, AMD could easily come back with speedier hardware of its own early next year.

The new 12th-gen chips are also looking towards the future, with support for up to 16 lanes of PCIe 5.0 and DDR5-4800 RAM. Intel's new 600-series chipset will feature PCIe 4.0 support, integrated WiFi 6E, and an updated Direct Media Interface (DMI) that'll offer "double and faster bandwidth between the chipset and the processor." There's also support for up to 4 USB 3.2 Gen 2x2 ports, as well as far more USB 3.2 Gen 2 connections in general.

The real question for Intel is how this new hardware stacks up against what AMD and Apple have coming. Benchmark leaks suggest that the i9-12900K is faster than Apple's M1 Max chip, but that's also a power-sipping laptop part. A faster, desktop-focused chip from Apple would likely leave Intel lagging behind again. Still, this uncertainty is a good thing for the PC industry as a whole. Now we've got several companies producing powerful processors. Their attempts to one-up should ultimately be a very good thing for consumers.