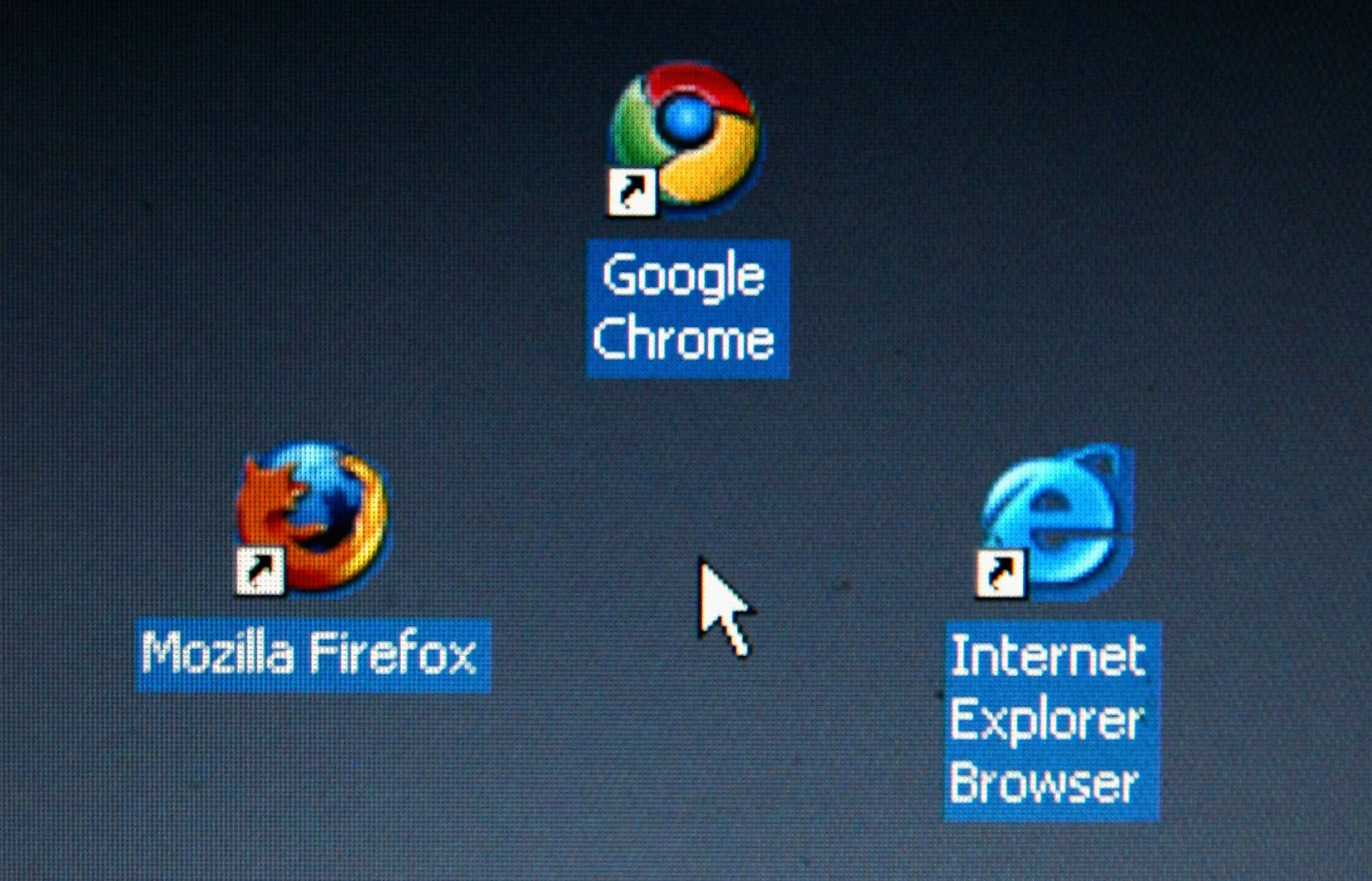 Microsoft’s Internet Explorer turns 25 this week. It’s had a long and controversial life, starting out as an upstart web browser that grew to global dominance, before winding up a punchline. Its quarter-century anniversary comes at an interesting time, since it was once at the heart of Big Tech’s first antitrust drama.

On July 29th earlier this year, the CEOs of Facebook, Amazon, Apple and Google were hauled in front of the House Judiciary Committee. Officials are now scrutinizing these companies looking for abuses of power, with sentiment turned against them on both sides of the aisle. The notable omission is, of course, Microsoft, which went through this process at the turn of the century and still has the scars to prove it.

In the early ‘90s, Netscape ruled the world with Navigator, an internet browser that was easy and accessible, empowering folks to get online. For $49 -- unless you had a free version provided by your ISP -- the nascent internet was at your fingertips. Microsoft had slept on the web and belatedly came to the conclusion that it was a threat to Windows’ global dominance. So, far later than it should, the company decided that it needed to take ownership of what we did online.

Microsoft drew, uh, inspiration from Netscape, licensing code from the browser Netscape was based on (Mosaic) and set to work. At the start, Internet Explorer wasn’t as good as Navigator. It didn’t play well with Java and was riddled with bugs. But it also had the virtue of being free, as Microsoft began giving it away with Windows updates and eventually baking it into the OS itself. This set an expectation that nobody need ever pay for a web browser ever again.

In 1995, Netscape Navigator reportedly held 70 and 80 percent of the US web browser market. However, by 1998, Internet Explorer had supplanted Netscape on the back of this free giveaway. But it wasn’t just the public who had noticed: So had Bill Clinton’s Department of Justice, who had been lobbied by Netscape about what was going on.

That same year, the Department of Justice launched an antitrust action, investigating whether Microsoft had violated antitrust laws. They contended that bundling Internet Explorer with the OS, and giving it away for free, violated the first two sections of the Sherman Act. It didn’t go well for Microsoft. CEO Bill Gates was roasted in depositions by (future star lawyer) David Boies. The judge agreed, and declared in his judgment that Microsoft wasn’t just behaving anti-competitively, it also needed to be broken up.

In his decision, Judge Thomas P. Jackson said that Microsoft was attempting to hold onto a monopoly through “anticompetitive means.” He added that the company should be split into two: One building the Windows operating system and another responsible for other software. But rather than motion for a hearing to further examine if a break-up was appropriate, he just demanded it.

This immediately gave Microsoft a point of law on which to base an appeal, and Jackson’s decision would be examined in great detail by The Ringer. Department of Justice economist Daniel Rubinfeld said that his colleagues “assumed that there would be a follow-on set of hearings,” to hash out the merits of breaking up Microsoft. Then acting attorney-general Doug Melamed added that Jackson’s ruling implied that he was “tired of the case” in a way that was “irresponsible.”

The EU opened its own investigation later in 2009, eventually insisting that when people launched Internet Explorer, they should have the option to download a rival product. They were presented with a list that included Firefox, Chrome, Opera and Safari as well as a number of other, less well-known platforms. But this “Browser Ballot” started in 2010 and expired in 2014, when Internet Explorer was in decline.

Microsoft would eventually settle with the Department of Justice, establishing a three-person independent committee would have the power to scrutinize Microsoft’s business. The company also had to develop an internal antitrust compliance policy to ensure this didn’t happen again. But it was a case of too little, too late for Netscape, which was bought by Aol (now owned by Verizon Media, Engadget's parent company) just as its market share began falling. By 2004, Internet Explorer had around 90 percent of the market, Navigator had faded to single digits. Microsoft had won.

And then, just as soon as it had, it began to lose. Firefox had been slowly eating small chunks of Microsoft’s market share, and then in 2008, Google’s Chrome turned up. The two browsers between them were breaths of fresh air compared to Internet Explorer, with its numerous flaws. Its lack of standards compliance, persistent faults and the ease at which it would crash meant power users hated it.

There are a number of market share sources, each with slightly different statistics, but the trend is unmistakable. From owning the market in 2004, Microsoft’s dominance was eroded pretty much constantly. By 2013, Internet Explorer had less than 30 percent of the market, with the spoils being shared by Chrome, Firefox and Apple’s Safari, as iOS grew into the juggernaut it is today. Internet Explorer wound up a joke that even Microsoft had to laugh at.

Microsoft would, eventually, replace Internet Explorer with Edge, a new browser that has since been redeveloped to use Google’s Chromium engine. It fixes many of the problems that people ever had with its predecessor.

The brush with the government was a chastening experience for Microsoft and one that may have dented its ambitions. Senator Richard Blumenthal and academic Tim Wu wrote in The New York Times that the case forced Microsoft to be more cautious. “Imagine a world in which Microsoft had been allowed to monopolize the browser business,” they wrote, “Microsoft would have controlled the future of the web.”

They argued that Microsoft, even with a more friendly Department of Justice under G.W. Bush, was far less aggressive. And in doing so, allowed a space into which Google, Facebook, Amazon and others could grow on their own terms. And yes, they added, while it was ironic that those companies were now in the line of fire, it was evidence of a healthy market.

In fact, Microsoft has hardly suffered from its apparent indiscretion, becoming one of the wealthiest companies in the world. It’s more profitable now than it was at the height of its notoriety, despite the fact that many of its rivals are now soaking up the attention.

The makers of real-time messenger Slack say that its business is being ripped off by Microsoft Teams, which is now bundled as part of Office 365. “They created a weak, copycat product,” said Slack general counsel David Schellhase “and tied it to their dominant Office product.” Schellhase added that it’s the same play Microsoft adopted in their (admittedly successful) attempt to topple Netscape Navigator. Slack has now filed a complaint with the European Commission, asking for regulators to investigate the behavior.

But that is for the future. We’re at the very start of Big Tech’s antitrust reckoning, but it’ll be interesting to see how all of this shakes out. Maybe, we’ll see a whole new wave of innovation and a whole new bunch of companies emerging from the conflicts. What will the next tech giant create in the wake of what happens in the next few years? We don’t know, but perhaps it’ll be just as interesting as what came after Internet Explorer.

In this article: Birthday, Navigator, Netscape Navigator, Netscape, Anniversary, Antitrust, Internet Explorer, Microsoft, news, gear
All products recommended by Engadget are selected by our editorial team, independent of our parent company. Some of our stories include affiliate links. If you buy something through one of these links, we may earn an affiliate commission.