What's on TV this week: 'Saved by the Bell' 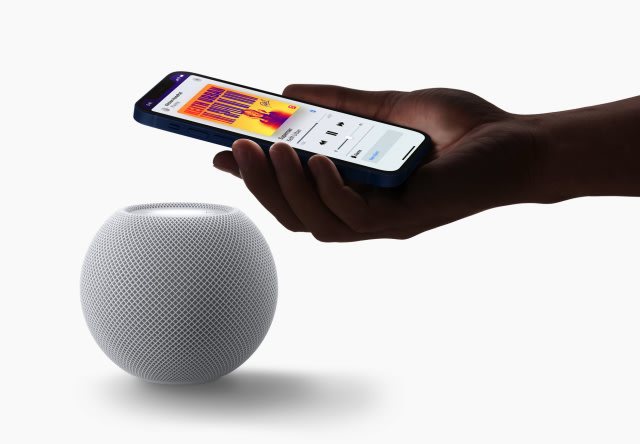 Apple has rolled out HomePod Software 14.1, adding intercom functionality and a handful of other updates to its devices a month before the launch of the HomePod Mini. The 14.1 update allows the speakers to work as an intercom system, sending announcements to other HomePods in the house. Messages can be sent to specific rooms or zones on your network.

Today’s update also brings new Siri features to HomePod, including the ability to stop alarms, timers and media across devices. Siri suggestions will now appear in Maps after asking HomePod about a location, and search results can be sent from the HomePod to your iPhone. Podcasts are getting voice recognition support for multiple users as well. Overall, today’s update is designed to optimize the Siri experience on HomePod. Additionally, it adds the ability to customize alarms with personal songs, playlists or radio stations from Apple Music.

It’s not all about HomePods today — iOS 14.1 also showed up just ahead of the launch of the iPhone 12 and 12 Pro. It covers bug fixes and prepares for the new hardware. The main update adds support for 10-bit HDR video viewing and editing for the iPhone 8 and later. It also fixes an issue that made widgets and icons show up at a reduced size on the Home Screen.

The iPhone 12 and 12 Pro will go on sale October 23rd. The HomePod Mini costs $99 and will be available for pre-order November 6th, with shipments going out on November 16th.

In this article: iOS, HomePod mini, Apple, Update, Siri, homepod, news, entertainment, gear
All products recommended by Engadget are selected by our editorial team, independent of our parent company. Some of our stories include affiliate links. If you buy something through one of these links, we may earn an affiliate commission.