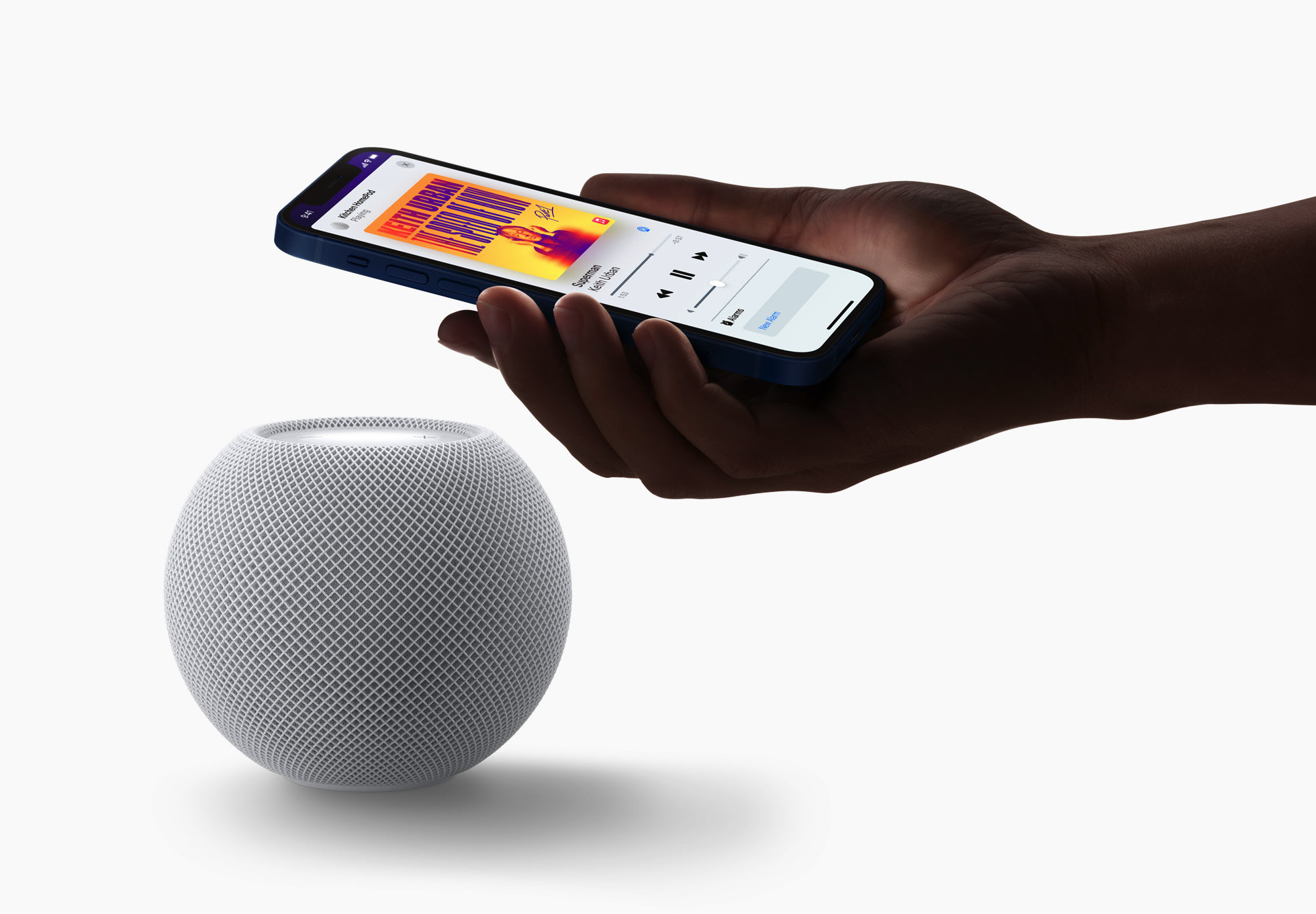 Following a series of leaks, there wasn’t too much mystery about whether Apple would reveal a smaller version of its HomePod smart speaker at today’s event. It did just that when it announced the HomePod mini.

It has a spherical design and runs on Apple’s S5 processor, the same chip that powers Apple Watch SE and Watch Series 5. The current HomePod boasts Apple’s A8 processor. At 3.3 inches, the HomePod mini is less than half as tall as the HomePod. 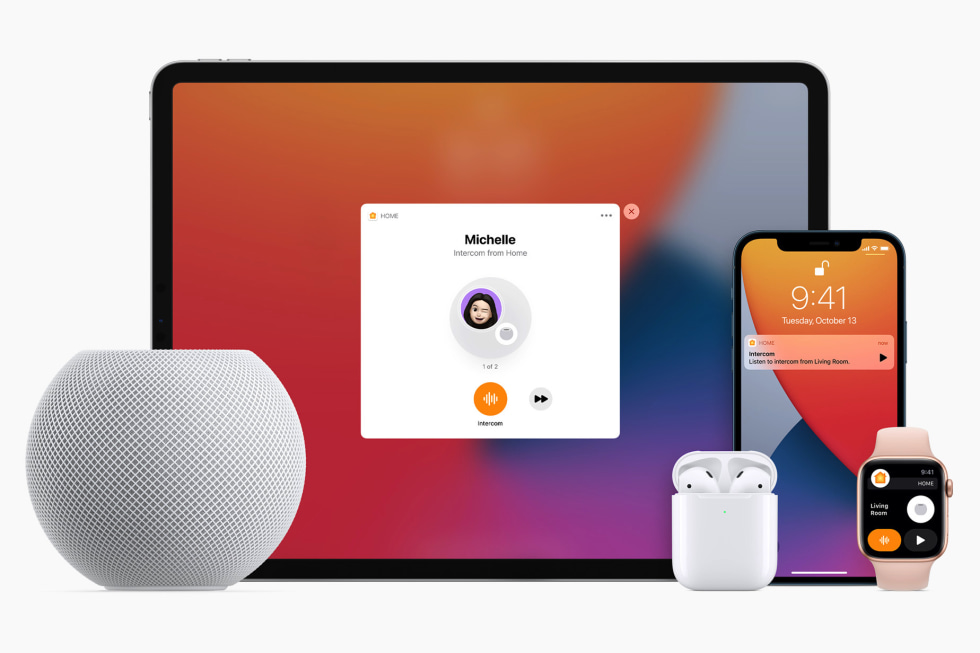 Apple brought the “same acoustic principles” it used in the HomePod over to this speaker. Sound is directed towards the bottom of the device and outwards for “an immersive 360-degree audio experience.”

The HomePod mini has an array of three microphones to pick up your voice for Siri control. Apple has a neat trick up its sleeve to improve voice detection whenever your HomePod mini is emitting sound: a fourth, inward-facing mic to isolate audio playback.

Siri can figure out which member of a household is speaking to a HomePod mini and personalize music and podcasts to their tastes. You can receive a daily personal update when you ask Siri “What’s my update?” — it includes news, weather and reminders.

As you’d expect, the speaker has deep integration with other Apple products. You can hand off music and calls from your iPhone, for instance. When your iPhone is close to your HomePod mini, you’ll automatically receive listening suggestions on your screen. You can play audio from Apple TV or your Mac as well.

Two HomePod minis can pair together for stereo sound, or you can play the same audio on multiple HomePods across several rooms. There’s an intercom option, so you can broadcast your voice to another HomePod elsewhere too. The feature works with iPhone, iPad, Apple Watch, AirPods and CarPlay too, so you can send intercom messages while you’re on your way home or receive notifications when you’re outside.

Along with Apple Music and Podcasts, the Homepod mini plays radio stations from iHeartRadio, radio.com, and TuneIn. In the coming months, it will work with Pandora and Amazon Music too. There was no mention of Spotify, however.

As with its other products, Apple designed HomePod mini with security and privacy in mind. The company says the device won’t send any voice data to its servers until you activate Siri. “Requests are not associated with the user’s Apple ID,” Apple said in a press release. “HomePod mini works with iPhone to complete requests for messages and notes on device without revealing that information to Apple.”

Other features include ambient sounds like rain and a crackling fire, Find My integration for when you misplace another Apple device, web search results sent to your iPhone, music alarms and Siri Shortcuts.

HomePod mini costs $99 and it’s available in white and space gray. Pre-orders for the HomePod mini open on November 6th and it starts shipping the week of November 16th.

Catch up on all the latest news from Apple's iPhone event!

In this article: homepod mini, appleevent, iphone2020, apple event, homepodmini, apple, homepod, news, gear
All products recommended by Engadget are selected by our editorial team, independent of our parent company. Some of our stories include affiliate links. If you buy something through one of these links, we may earn an affiliate commission.