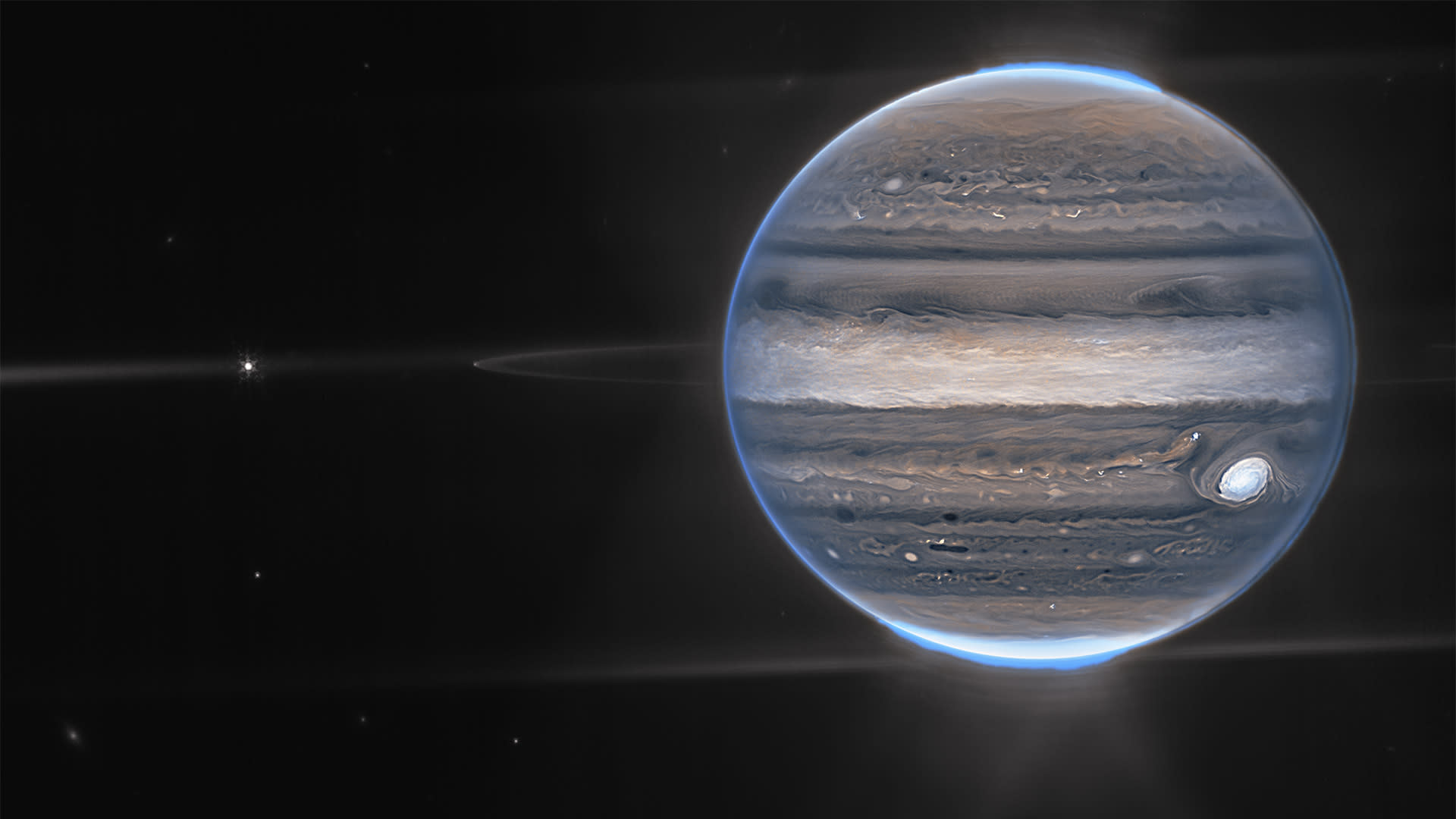 The photos shed more light on the gas giant's behavior.

The James Webb Space Telescope team is still flexing its ability to capture detailed images close to home. Webb has snapped a pair of near-infrared photos showing Jupiter's polar auroras. You can also see the planet's extremely faint rings and two of its smaller moons, Amalthea (the bright spot to the far left) and Adrastea (the dot at the left edge of the central ring).

The pictures were taken using NIRCam's widefield view on July 27th. As for the trippy visuals? Astronomers created composites using several images produced with filters mapped to multiple colors (particularly visible in the image below). The Great Red Spot and other cloud formations are white as they reflect large amounts of sunlight.

The James Webb crew didn't just create these images for the sake of bragging rights. The observations should provide more insights into Jupiter's "inner life," according to the European Space Agency. That, in turn, could help scientists understand the behavior of gas giants beyond the Solar System. In other words, Webb's data could soon prove useful on multiple levels.

All products recommended by Engadget are selected by our editorial team, independent of our parent company. Some of our stories include affiliate links. If you buy something through one of these links, we may earn an affiliate commission. All prices are correct at the time of publishing.
View All Comments
James Webb telescope captures surreal images of Jupiter's auroras